For the upcoming AFLW season, Erin Phillips will leave the Adelaide Crows and join Port Adelaide 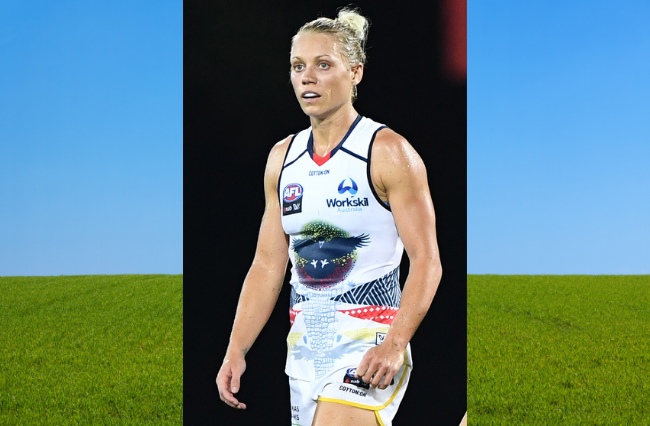 Three time AFLW premiership player Erin Phillips has announced that for the upcoming season, she will be departing the Adelaide Crows in order to join cross-town rivals Port Adelaide.

Since Phillips signed a deal with the Crows in 2017 for the AFLW’s inaugural season, she has managed to win two league best and fairest awards, two best on grounds in the 2017 and 2019 grand finals and three All-Australian selections.

Phillips will now join expansion team Port Adelaide, for the club’s first season in the league.

After watching her dad, former footballer Greg Phillips, play 343 games for Port Adelaide in the South Australian National Football League (SANFL), she knew that once Port had joined the AFLW, she would follow in her father’s footsteps.

“As a kid growing up, all I wanted was to be like Dad and play football for the Port Adelaide Football Club. Port Adelaide feels like home to me. It’s where I spent a lot of my childhood,” she said.

“It was always my dream to be able to represent the club and add to its incredible history, and I am beyond thrilled to finally get that chance and play a role in building this team from the ground up.”

While disappointed to lose Phillips, the Crow’s head coach Phill Harper was grateful for all that she has done for the club.

“Her contribution to our club, as well as women’s football here in South Australia and nationally, has been significant and she has helped create a legacy from which many young girls and women will benefit,” he said.

The 37-year-old played 46 games over the five year period, despite sustaining a major knee injury in the 2019 grand final which resulted in her only playing two games in the 2020 season.

Phillips won’t have to wait too long to wear her new colours, with the next AFLW season set to begin in August.

Photo: Erin Phillips 2019.1.jpg by Flickerd available HERE and used under a Creative Commons licence. The photo has not been modified.