The AFLW 2020 season won't start and players won't be paid until the CBA can be agreed on. 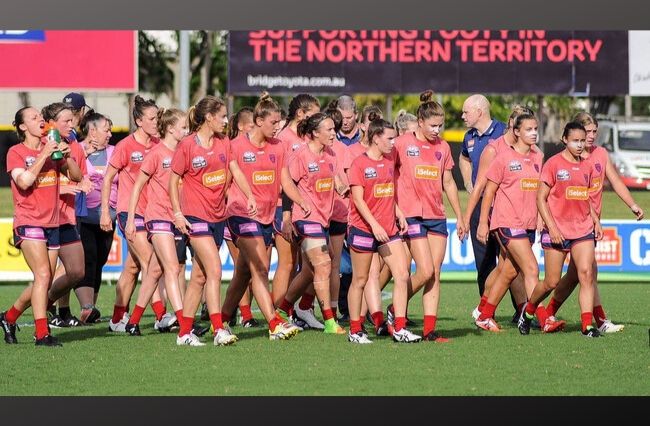 The start date of the 2020 AFLW season is still unknown after the proposed collective bargaining agreement (CBA) did not pass the player vote on Monday.

The proposed CBA from the AFL Players’ Association (AFLPA) was going to cover the next three AFLW seasons and required 75 per cent of players approval to be passed. Only 70 per cent voted in favour of the CBA.

According to ABC News, a group of players have also sought the services of Maurice Blackburn Lawyers. Jacinta Lewin from the Melbourne firm told ABC Radio Melbourne the players were concerned about a lack of clarity about the specifics of the proposed deal.

The issues in the proposed CBA included player conditions and season length. The AFLPA had planned to gradually increase the length of the season, but some players were pushing for a 13-game home-and-away season.

With the inclusion of West Coast, Richmond, Gold Coast and St Kilda in 2020, the AFLW competition will now have 14 teams. This would mean all teams play each other once, instead of the seven-game, two conference system that was in place in 2019.

AFLPA chief executive Paul Marsh says the association has been trying to work towards more games but it was tough to do so at the moment.

“The competition is not quite there at the moment and it’s been a challenge to grow it beyond where we’ve got it to,” he told ABC Radio Melbourne.

The players and AFLPA will now renegotiate the deal, but until an agreement is met players will not be paid and pre-season and regular season starting dates will remain up in the air.

Marsh says they will continue to work with the players to fix the issues with the proposed CBA.

“We will continue trying to work through this process as efficiently as possible given the serious concerns of many players regarding the proximity of pre-season start dates and the uncertainty that surrounds this,” he said.

While 30 per cent of players voted against the CBA, a group of players have made public their support of the AFLPA and the deal that they had proposed for the next three years.

The @AFLPlayers have my full support as a player. I trust that they have our best intentions in the forefront of their minds when negotiating our future.

I hope that the group can soon come to a united approval of the CBA so we can focus our energy on preseason & games. https://t.co/1sCPYqjA08

So happy to be back in Brisbane for @lionsaflw & season 2020 @aflwomens . There have been a number of unbalanced reports recently. I support the team @AFLPlayers who have worked with us since 2016 & trust their work in negotiating a sustainable deal for now & future generations.

Photo: Melbourne AFLW by Flickerd available HERE and used under a Creative Commons Attribution. The image has not been modified.