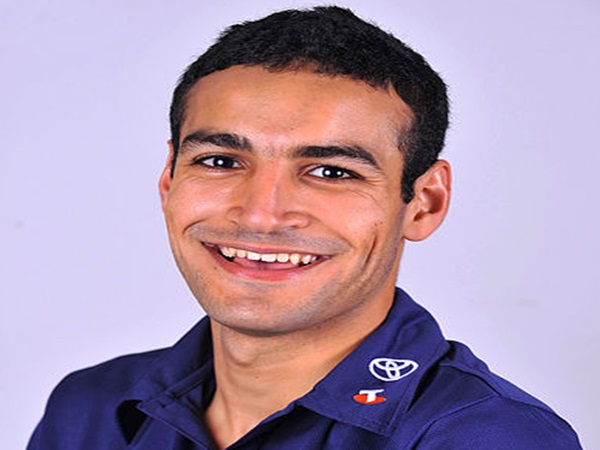 Uni work, a part time job and a social life – it’s pretty tough keeping up to date, isn’t it? Well, wake up! Life’s not that tough. Ahmed Kelly is living proof of that.

At the ripe old age of 21, Ahmed Kelly manages to juggle an intensive professional swimming career at a paralympic level with a journalism degree at La Trobe University.

Born with a severe disability that stunted the growth of his forearms, hands, lower legs and feet, Ahmed lived at an orphanage in Baghdad until the age of seven.

At the turn of the millennium, he and his brother Emmanuel were adopted and brought to Australia by 2012 Victorian of the Year, Moira Kelly.

In 2001, Ahmed underwent surgery to remove the lower halves of his legs, and slowly began to adjust to a life with prostheses which made it easier for him to walk.

But Ahmed doesn’t settle for easy. He chases a challenge and doesn’t let his disability prevent or deter him from giving something a go.

He swims, he drives a car, he types without a problem, and goes about life as every person does. And like many young Aussie boys, he played footy too.

Playing for the Kilmore Blues is where Ahmed became fondly known as “Nails” because of his fearless attack on the ball and willingness to put his body on the line for a hard hitting tackle.

Luckily for the opposition, Ahmed had to stop playing footy because the game began to take a toll on his prosthetics.

However, he didn’t just leave his “passion for Aussie Rules Footy” on the field – electing to enroll in journalism, with the goal to major in sport and become an AFL commentator and television broadcaster.

While Ahmed’s journalistic career is still kicking off, his swimming career has already hit full swing. With the 2012 London Paralympics under his belt, he already has his sights fixed on the 2016 Rio Paralympic games.

“Competing in front of [an] international crowd is always great fun, just to be overseas and compete…is great”, he says.

But swimming didn’t always come easily for Ahmed in the beginning. 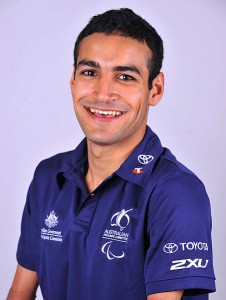 “I was petrified [of the water]. It would just frighten the heck out of me… but that’s when I slowly got swimming lessons”,

“I was living by floaties around my arms and I thought they were just amazing,” he laughs.

“When I was getting older and older, Mum was like ‘we’re going to have to get rid of those’…and that’s when I started swimming lessons, [which] took two years”.

Now Ahmed can’t get enough of the water. He currently trains 6 days a week, including 4:30am starts to do strength and conditioning work, as well as two solid hours of swimming.

Excluding the days he’s at uni, Ahmed also manages to fit in evening swim sessions and play in the pool with his two sisters Trishna and Krishna – the famous conjoined twins who endured a 27-hour cranial separation operation.

Physical preparation for Rio is only half of the equation, says Ahmed. The other half is the mental challenge of training for an event four years in advance.

“It is tough but you’ve got to know what your long term goal is because you do lose track of where you’re at…but you have to have your short term goals”, he says.

While achieving a personal best in the London Paralympics games, his plan in 2016 is “to do one better” and hopefully bring home a medal for Australia.

When Ahmed isn’t swimming or studying, he visits schools and promotes the paralympics to young kids, giving them a face to connect with the sport.

“They [kids] don’t know what it’s about unless you have someone come in…they don’t have to remember who I am, as long as they know ‘oh yeah we did have someone speak to us about it’, they understand the key concepts.”

One thing was very clear from the moment I met Ahmed: he didn’t have a bad start to life, he had a different start to life.

His disability has not prevented him from doing anything he wants or sets his mind to, and it’s condescending to suggest that it could have.

Humble to the core, Ahmed is a true inspiration, possessing an unbelievable drive to push the boundaries and follow his dreams.

While he thinks he hasn’t “done anything that extraordinary yet”, he most definitely has.

I’m predicting he’ll do it again in Rio. No pressure, Ahmed.

Emily Gook is a third year Bachelor of Journalism student at La Trobe University, and a staff writer for upstart. You can follow her on Twitter: @EmilyGook