Haiti, Burma, and reggae in the desert: Ali MC is not your average travel writer. 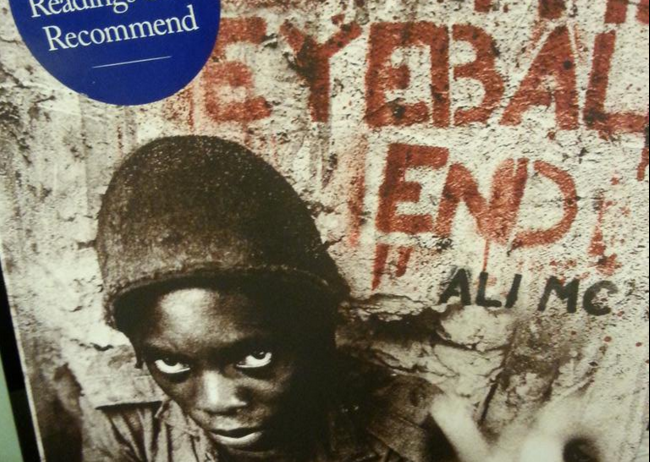 The book has been called a “Punk rock travel book” and as Ali explains, the choice of locations outside of the mainstream mindset makes it different to any other travel literature out there.

“The premise of the book is: A young person going out exploring parts of the world that you don’t really hear much about, where you may see them flash up on the news from time to time, in the context of an earthquake or a civil war or some hideous famine, and it’s actually about going and seeing these places for myself,” Ali says.

“The place probably the most different from home would have been Haiti. Just landing in Port-Au-Prince, which is the capital, it was a pretty intense experience, a lot of people, a lot of poverty, very different language and quite a tense atmosphere at the time.”

Though inadvertently following in the footsteps of travel novelist Graham Greene by staying in the “only hotel in Port-Au-Prince”, it is clear that Ali MC prefers real-life experiences with everyday people, rather than the detached fascination displayed by the white characters in Greene’s The Comedians.

He explains that honesty, enthusiasm and respect are virtues that are universally appreciated. In many places he visited, the communities had dubious histories with white people, and therefore an initial suspicion of his intentions. When staying with the Irrunytju people near the tri-state border (WA / Northern Territory / SA), it was his willingness to learn and respect for local cultures and customs that eventually found him accepted into the community.

“People often ask me how I manage to get along and stay out of trouble in the most part, it’s because I show a lot of interest in who they are and what they do and their language, and culture and music. It’s an easy way to make friends,” Ali says.

“Once you become a bit more part of the community people open up a bit more. I wouldn’t say there was anything particularly life-changing in that respect, but more just having a bit more of a view about the original Australians and what they’re about and who they are. The more life changing thing for myself was seeing just how much more I actually had to learn and how much I didn’t know even though I am enthusiastic about it.”

Having been active on the Australian music scene for many years, Ali saw an opportunity to use his unique experience to reach out to remote indigenous communities and engage young people in making their own music.

“My musical background is in reggae and dub production, and hip-hop, and that’s really what a lot of the guys are interested in out in the desert communities, so essentially at first my job was to go out and teach these young lads how to use Garageband, and how to increase their production skills, and just help develop their musical styles, even though they’re all pretty proficient anyway,” Ali says.

“So it just kind of stemmed from there, I’ve been going back on-and-off ever since, and continuing to help produce and promote these guys’ indigenous reggae and dub style.”

Well there you go… 🙂 pic.twitter.com/7uay0l6ENg

While teaching kids to play reggae in the desert might sound rewarding and idyllic to some, it is obvious that Ali MC is not looking for an easy pay cheque or cruisey lifestyle.

The Eyeball End sees him thrust into tricky political situations.

Ali has risked personal prosecution to expose human rights offences, as he explained about his visit to Burma and Bangladesh where it is illegal for foreigners to enter detention camps.

“So I was in the west of Burma visiting and photographing and interviewing Rohingya people in their place of residence which is in these villages and refugee camps because they are a persecuted ethnic minority within Burma which is now called Myanmar. So they have no citizenship rights, they are a stateless people, and currently they’re getting massacred,” he says.

“Across the river, in Bangladesh, the same Rohingya people are locked in refugee camps there so I was in the process of photographing and interviewing people there. I got caught and interrogated for a while by the army, then released, but still managed to get my photos and I am currently assisting some refugees in the camp to obtain mobile phones so that they can send photographs and video of what is going on in there.”

This style of reporting runs into investigative journalism territory. Seldom is travel writing anything more than detached observation, a subjective judgment that will appease most tastes. It is Ali MC’s level of involvement in the places he visits, as well as his choice of destinations, that sets him apart from other writers in the genre.

Stuart Lynch is a first year Bachelor of Media & Communications student, majoring in journalism. You can follow him on twitter at: @stuball77