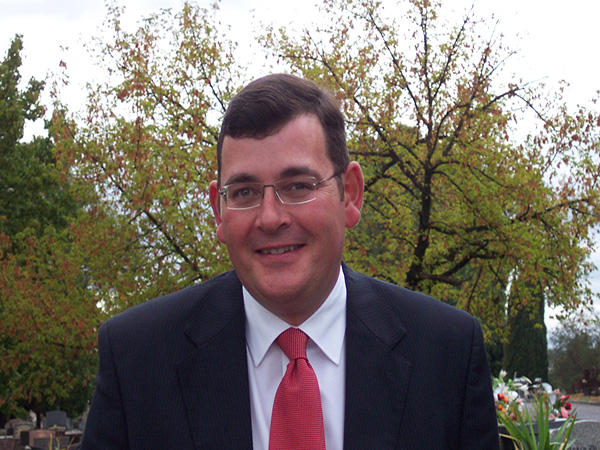 Labor’s Andrews government has been in power for six months, a crucial period for any new government.

“I think he’s been fairly effective in delivering on his pre-election promises,” he says. “Most of the major promises before the election have either been fulfilled or Andrews has started the process towards fulfilling them.”

Barry has been teaching a variety of politics subjects for almost six years at La Trobe University. He teaches units in political institutions, public policy, human rights and contemporary liberalism, while also working on other projects.

Barry believes Andrews is performing well in comparison to the previous Victorian government and even the current federal government.

He says the government’s solid performance is “not unrelated to the fact that they’ve kept most of the major election promises they made”.

Despite it being controversial, Barry highlights not continuing with the East West Link as one of the government’s strengths in the first six months.

The Andrews government has also allocated money to reduce level crossings, which Barry highlights as a significant pre-election issue.

The government has fulfilled other promises such as setting up the inquiry into domestic violence and beginning work on the Melbourne Metro Rail Project.

“A lot of things like Metro Rail have a lot of heavy lifting still ahead, but they’ve at least made moves in that direction,” he says.

Given the safe nature of the first six months in government, Barry says he can’t criticise the Andrews government too heavily.

“At the moment, they’re travelling really well and haven’t made too many major blunders,” he says.

However, he highlights the allegations about former Minister for Business, Innovation and Trade, Adem Somyurek, as a possible complication.

An inquiry into possible patterns of abusive and inappropriate behaviour involving the minister, who has since stepped down, will take place in the coming months.

“You generally don’t want too many of those sorts of stories circling around, particularly in the early days,” Barry says. “Nonetheless, at the moment it doesn’t seem like it’s going to be a massive problem for the government.”

Despite all the positives, Barry predicts there will be challenges ahead for the government.

“I certainly think it’s started well but one of the difficulties they are going to have is delivering their promises, particularly on a few big transport-related issues.”

He says that the Andrews government has committed to a lot of spending on transport-related projects, such as the Melbourne Metro Rail Project.

“Transporting infrastructure tends to be pretty demanding on a budget,” he says. “They’ve also committed to retaining a AAA credit rating during a time when economic conditions aren’t really getting any easier.”

He thinks this sort of expenditure will become more of an issue as they stay in office.

While commending the government on following through with their East West Link promise, Barry says there is potential for difficulties down the track.

“It looks as if they’ve gone a long way to resolve the East West Link issue but you never quite know what’s going to come out about that once the auditor starts looking into it,” he says.

“I think the challenges will definitely start coming thick and fast over the next couple of years,” Barry says.

He points out that although the Andrews government won comfortably in the end, the election wasn’t a landslide victory. This means that Andrews doesn’t have a lot of room for mistakes or an overwhelming majority parliament that he can defend in the next election.

The government have also received continuous criticism from the federal government over its East West Link decision, which may not help its cause.

“Although they have challenges ahead of them to deal with, at the moment I think they’re travelling pretty well,” Barry says.