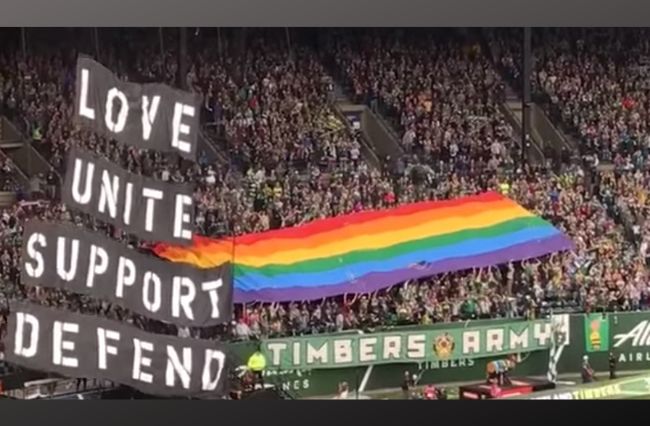 It’s a beautiful spring afternoon in Melbourne as Andy Brennan juggles a soccer ball in his local park. There’s nothing unusual about his appearance, just an infectious smile. So why do people treat Brennan like he doesn’t belong? That’s a question that he’s had to face since becoming the first openly gay professional soccer player in Australia.

Growing up in Tasmania, Brennan found there was no one else he could look up to that was also gay. This had him questioning himself for many years.

“I just thought that it wasn’t right and I tried for so long to push it away and hide it and say that’s not me,” Brennan told upstart.

Thoughts like these are what stopped him from expressing his sexuality. That was until May this year when the former Newcastle Jets player decided to tell the public that he is gay on an Instagram post.

“I’m 26-years-old thinking this is ridiculous, like I’ve lived this long and felt this certain way and I’m thinking if I feel this way in 10 years’ time I’ve just wasted so much time,” he said.

Brennan’s announcement was a big step forward for the gay sporting community in Australia.

At the same time that Brennan was thinking about telling the public he was gay, Australian rugby union player Israel Folau was also using Instagram to express his Christian beliefs. In one post he called for homosexuals to repent their sins to avoid going to hell. Following the post, Folau then had his contract terminated by Rugby Australia because this photo breached the players’ code of conduct.

According to Brennan, it’s important that people can speak what they feel but he believes Folau needs to understand the responsibility he has as a professional athlete and a role model.

“If I saw Cristiano Ronaldo or someone like Wayne Rooney making those comments and I was playing juniors at 16-years-old I’d just be thinking they’re my idols and they’re saying pretty much that I don’t belong,” Brennan said.

“Professional athletes or people in the public eye need to take responsibility for what they say on social media because it can really hurt a large group of people.” 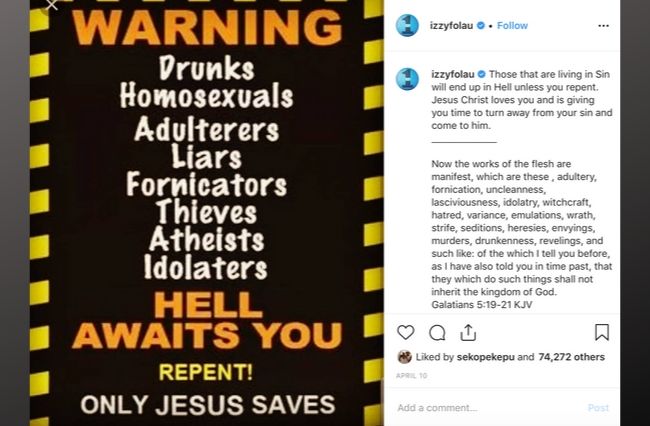 According to the Australian Bureau of Statistics there were 46,769 Australian same-sex couples in 2016. That’s increased by 13,054 since 2011. With so many people happy to identify as gay it raises the question: why is Brennan is the only male footballer to make his homosexuality public?

Brennan believes there may be a stigma with gay males and the sport industry and strong opinions like Folau’s may be stopping people coming out as gay.

“It might be seen that it doesn’t really work [gay men playing professional sport] because in the past people haven’t been so open and public about their sexuality,” he said.

“But you look back and think about all the athletes that after sport have come out and are comfortable to be out, there are heaps.

“It’s ridiculous to think that I’d be the only football player in Australia right now that is gay.”

“He’s actually trying to help people or motivate people to change their life so that they can have the benefit of heaven,” Abetz told upstart.

“The broader view of society is that engaging in homosexual activity is okay whereas the biblical perspective is that it’s not okay and you do need to address that if you want to embrace the Christian faith.”

The Folau case shows that the difference between hate speech and expressing your own religious views is a grey area.

“The hypocrisy of the whole thing is that people are claiming diversity and yet they’re rejecting him [Folau] because his view doesn’t fit the world of the LGBTI community,” Abetz said.

“If we genuinely embrace diversity we have to embrace people who have different opinions to ourselves.”

Folau will be contesting Rugby Australia’s decision in court next February and the result will play a big part in how Australian businesses deal with freedom of speech in the future. That decision may be a while away but Brennan believes that education is something that can be increased now to create a more inclusive world.

“You hope in 10, 20 years that it’s not even a question and people’s thoughts like Israel’s are ridiculous and you look back on it and just laugh at what an ignorant person he was and maybe his views will change if he’s educated,” Brennan said.

“We live in a pretty multicultural country and you want to live in a country and a world where you’re accepted and you accept other people.

“You might not always agree but I think it’s important that you’re able to empathise with people and put yourself in their shoes and understand that you don’t need to condemn anyone for not believing something that you believe.”