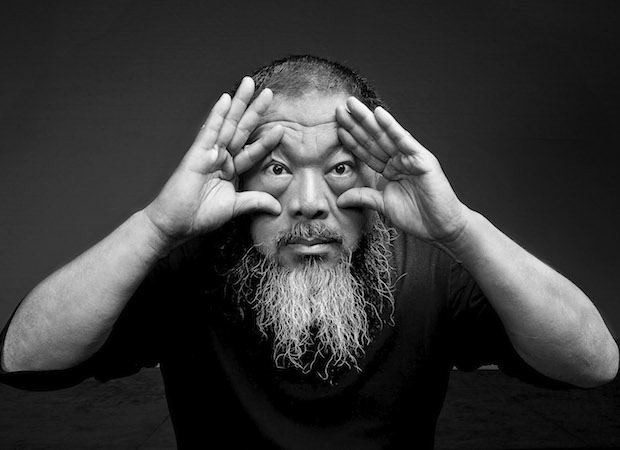 In the vast foyer of the NGV stands a similarly vast metallic sculpture, comprising of more than 1,500 bicycles, stacked high up to the ceiling.

The striking work is part of Ai Wei Wei’s Freedom Bicycle series, and is one of a handful commissioned by the gallery for the Andy Warhol/Ai Weiwei exhibition.

Spanning across multiple mediums, including film, sculpture, painting and photography, the exhibition contains 300 of Ai and Warhol’s most catalytic works.

“In the exhibition we are presenting two eminent artists who are very much definitive of their own eras: Andy Warhol who is one of the most significant artists of the 20th century, the American century, the century of modernity. And Ai Weiwei, who’s one of the most consequential artists of the 21st century contemporary era, and what has been called ‘the Chinese Century to come’,” Max Delany, senior curator of contemporary art at the NGV told ABC 774 this week. 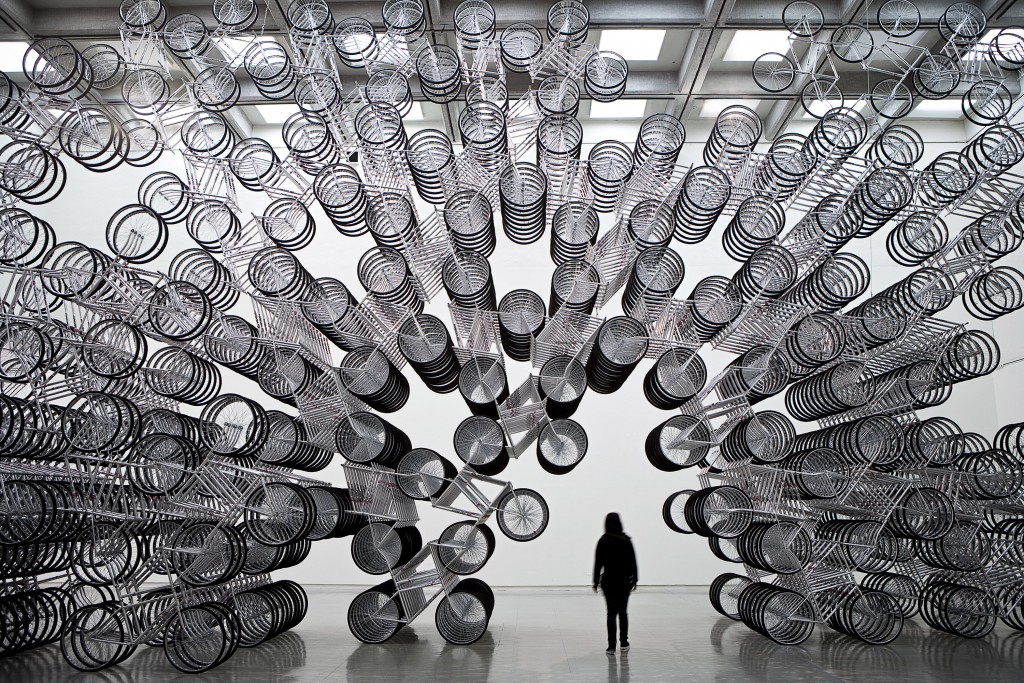 This exhibition is a momentous occasion for Ai, not only because he will be sharing an exhibition space with Andy Warhol, but for the very fact that Ai can be in attendance.

Ai’s commitment to activism previously saw his passport confiscated by the Chinese government for more than four years, during which he could not attend his own exhibitions outside of China. 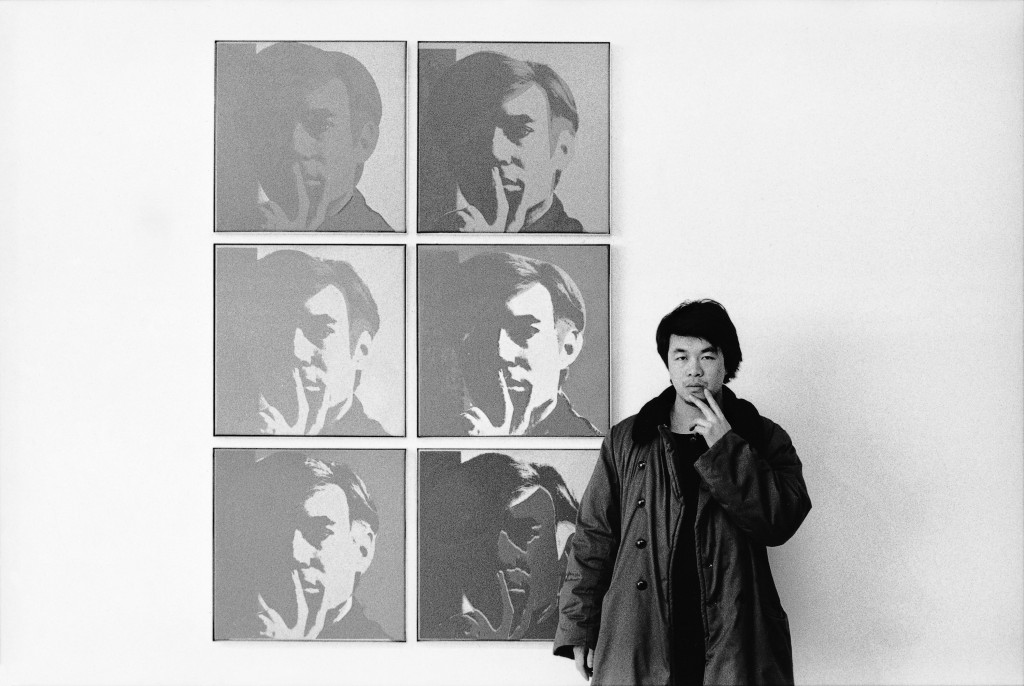 Ai has a strong love of social media, and has been a prolific blogger and user of Twitter, through which he frequently airs his views.

“[Andy Warhol] was really a social media artist before his time through his photography, through his documentation of everyday life, through his filmmaking, and indeed his publishing,” Delany says.

Ai says Warhol is someone he admires most among the contemporary artists, and was initially nervous when he saw his work displayed alongside Warhol’s.

“When I saw the show, I see that it makes a lot of sense. It is two [people] who love their time, and more than anything else, they use all their passion and imagination to try and grab reality and make a work which can confront [it],” Ai told ABC 774.

Ai lived in New York for 12 years from 1983 until 1993, where he briefly studied at the Parsons School of Design. In New York he explored museums and gallery spaces, and gained familiarity with the work of the contemporary American artists of the time, including Warhol.

Though Ai and Warhol never met, Ai did develop a close friendship with acclaimed American poet Alan Ginsburg, a previous collaborator of Warhol’s, and regular at his studio space, The Factory. Ginsburg had also met Ai’s father, Ai Qing, a well-known Chinese poet, many years before. 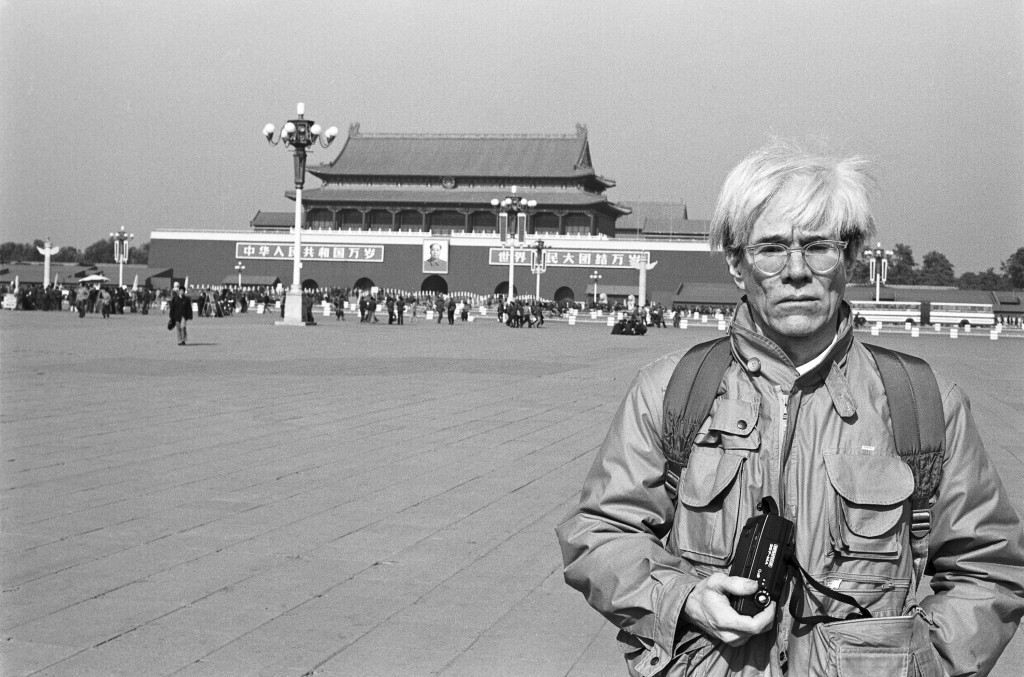 The exhibition is somewhat of a tale of two cities, echoed by a multitude of Ai and Warhol photographs of their separate adventures in New York and Beijing.

“We were really interested in the idea of bringing a dialogue between two different periods and two different regions… very conscious of the important role of Asian art in the twenty-first century too, and the fact that Melbourne hadn’t seen a lot of that,” Tony Ellwood, director of the NGV told ABC 774.