Are people relying on prescription medications at the expense of other non-drug therapies? 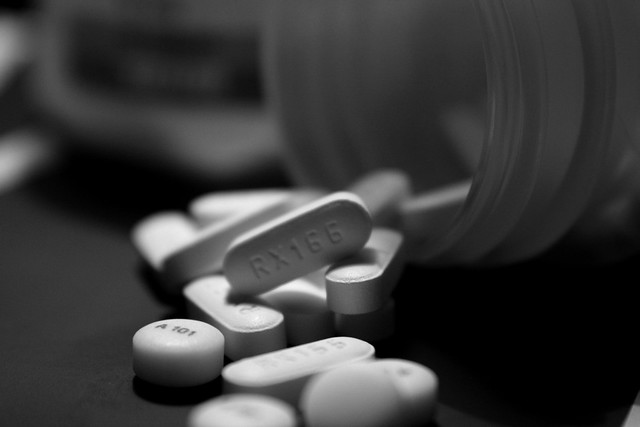 “When I was on olanzapine®, it weakened my bladder to the point [where] I was wetting myself in grade six.”

Long-time mental health sufferer Megan Stanley, 21, underwent many tests before discovering that her weakened bladder was a side effect of her medication. She has been prescribed different types of medications for her mental health struggles over the years.

“I’ve been prescribed with many [antidepressants]; fluoxetine®, sertraline®, mirtazapine®, olanzapine®, quetiapine®, but I am currently on venlafaxine® and citalopram®, which I’ve found works best for me,” Stanley told upstart.

“My current medication made me very fatigued at first, now it’s a lot better,” she said.

An estimated 10 percent of Australians suffer from depression, a psychological disorder that affects over 300 million people worldwide.

Medical researcher Dr Snezana Kusljic told upstart that depression is the most common mood disorder, and can be characterised by several symptoms. These include low mood, loss of motivation, thoughts of worthlessness, sleep disturbance and appetite changes. She said depression is known to be associated with abnormalities in brain chemistry, or chemical messengers, known as neurotransmitters.

“One theory of depression proposed that a lower level of neurotransmitters such as serotonin, dopamine, and noradrenaline is associated with depressive symptoms. Therefore, antidepressants work, and produce their beneficial effects, by increasing levels of these neurotransmitters,” she said.

“It is important to note that antidepressants are not always effective, with only 70 per cent of consumers expecting to respond.”

According to The Conversation, approximately eight percent of Australians take antidepressants for symptoms of depression.

Kusljic said there are a few antidepressant types, and each type is associated with a range of side effects. Tricyclic antidepressants, which include Endep® and Tofranil®, are known to cause drying of the mouth, blurred vision, constipation, confusion and increased heart rate.

“Monoamine oxidase inhibitor Clobemix® leads to low blood pressure, dizziness, and weight gain, and in some instances, may also cause restlessness and shakes,” she said.

“Prozac®, Zoloft®, Cipramil®and Lexapro® belong to a selective serotonin reuptake inhibitor type and are all known to cause nausea, vomiting, diarrhoea, and sexual dysfunction.

Kusljic says Avanza®, another type of tetracyclic antidepressant, is one of the few antidepressants that is not commonly linked to sexual dysfunction, although it does cause sedation.

She said that one of the newer antidepressants, Valdoxan®, is much better in terms of its side effects, as it does not affect sexual function and is not linked to weight gain. However, Valdoxan® commonly causes dizziness, changes in liver function and stomach pain.

Stanley said the most common side effect she has experienced with all the medications she’s tried is drowsiness and fatigue.

According to NCBI, a longitudinal study of psychotropic medications in Australia from 2009 to 2012 showed an increase of 16.1 percent in the dispensing of antidepressant medications over the four-year period.

Senior Research Fellow Head at the Drug Harm Prevention Unit of the Victorian Institute of Forensic Medicine, Dr Jennifer Schumann, told upstart that there is an incredible demand for these medications in society and that this can be seen across different populations.

“[Antidepressants] are a prescribed medication, so some people use them for a short period of time to cope with [experiences] in their life,” Schumann said.

“I think it sort of relates to why [there is a higher use of prescription drug use in society].”

As depression is a complex disease, the reason for the increase in drug prescriptions is hard to find.

Schumann believes that people rely on prescription drugs and that she thinks “people do have that expectation that you go into a doctor’s office and walk out with a prescription.”

“I think [that] a lot of people think that drugs they can get prescribed are the silver-bullet,” she said.

“I think people are relying on drugs in a big way, rather than taking a wider approach in terms of having physical therapies, and other sort of non-physical therapy to help their [provision for depression] and for pain treatment and those sorts of things.”

Natasha Pietrobuono is a third-year Bachelor of Media and Communications (Journalism) student at La Trobe University. You can follow her on Twitter @tashpietrobuono.

Photo: I’ve been sleeping so strange at night, by Ashley Rose, available HERE and used under a Creative Commons Attribution. The image has not been modified.