The name ‘Julian Assange’ stirs up emotion for many people around the world. To conservatives in the US, his actions as the head of WikiLeaks have compromised their national security and undermined their intelligence networks. Similarly, in the UK he’s been classified by The Sun as an ‘attention-seeking mammy’s boy.’ To some he’s a hero engaged in a David and Goliath battle against the Western powers at be, while others think he’s a reckless man more concerned with his own ego than those he might endanger through Wikileaks’ release of secret information. 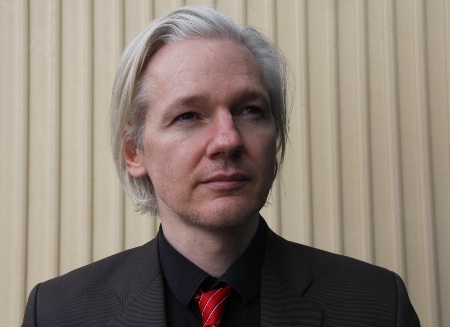 Yet despite all these differing opinions, and the recent drama surrounding Assange, Australians seem to be apathetic to his situation. After watching extended Australian news coverage about Schappelle Corby’s upcoming eligibility for parole, I read that our government was preparing a letter to the Indonesian government in her support.

I couldn’t help but wonder: why is it that we are prepared to rally around a convicted drug trafficker who knowingly misled our nation into believing that she had been framed, and yet when it comes to supporting a man who has exposed terrible wrongdoings around the world, we collectively shrug our shoulders?

One reason is that if Assange is to be believed, our government has made little effort to support him in his legal efforts. Back in 2010 Prime Minister Julia Gillard was criticised for claiming that the release of US embassy cables by WikiLeaks was ‘illegal’, which it certainly wasn’t. Recently Assange’s legal team stated that the Department of Foreign Affairs and Trade had ignored his requests for diplomatic assistance, a common complaint throughout recent months.

Conversely it has been argued that our government has repeatedly assisted the WikiLeaks founder, with Foreign Minister Bob Carr claiming that he has personally intervened on behalf of Assange over 60 times in international efforts to support him.

Either way, it wouldn’t be presumptuous to say that Julian Assange has received little public support from the government, and that this has had an effect on the general public’s perception of him as a person.

Considering the embarrassment Wikileaks has caused the United States and Great Britain, it shouldn’t surprise anyone that the government would wish to distance themselves from Assange, and it would clearly be unwise politically to have our leaders expressing too much support for his cause. It makes sense that people would be unsure about his activities and personality in light of this government stance.

This is especially true due to the alleged crimes for which he has been summoned for questioning in Sweden. I’m not going to discuss the legitimacy of the case, but what matters is that people are now saying: ‘If Assange has nothing to hide, he should just go to Sweden.’

An important question arising from all of this becomes whether or not it is possible that Sweden would extradite Assange to the US. If the answer is no, then you can forgive our government, the UK and US media, and our national indifference towards one of our own citizens, at least to an extent.

Personally, I have two problems with this assertion.  First of all, I think most people can see that Julian Assange has a bit of an ego, but this doesn’t mean he’d go to such lengths as seeking asylum and living in an embassy indefinitely to avoid facing sexual assault charges.

Secondly, it remains a mystery to me why people have such a hard time believing that the US would exhaust every possible avenue to get Assange to their country. While my research about extradition has been largely dismissive of the extradition allegations, there appears to be a large enough chance of him ending up in the US justice system to warrant playing it safe.

Though it has been well established that he could not be extradited for political crimes, as the US has the death penalty in some states, diplomatic cables from our embassy in the US identified several alternative charges that the US government could use to extradite Assange, including computer fraud.

Perhaps Australians are unfamiliar with people like Bradley Manning, who leaked information to WikiLeaks and was held for a year in solitary confinement even before he was charged for it. The UN special rapporteur on torture accused the US of cruel, inhuman and degrading treatment towards Manning, yet as Australians we are largely disinterested with the possibility of Assange receiving similar treatment.

Rather than politicians expressing support for Assange, it appears to be up to celebrities to weigh in on the issue. Anthony LaPaglia, who is starring in an upcoming film about the WikiLieaks founder’s life, recently said that he was ‘a little dismayed by the [Australian] government’s lack of effort.

‘He’s an Australian citizen and [is] innocent until proven guilty,’ he added.

In the end it seems that as the head of Wikileaks, a truly transnational organisation, Julian Assange has rarely made a great point of identifying as an Australian publicly, nor has our government been entirely convincing in making his case to the Australian people. Moreover, the activities of Wikileaks are seen to be murky in terms of both legality and morality. His character has been questioned even further due to allegations of sexual assault.

The importance of Wikileaks as an organisation, and Assange’s role within it, has been kept separate from his recent activities in mainstream media analysis, and has therefore affected our public discourse. While there are many legitimate questions to be asked of him regarding his actions, his status as the face of Wikileaks means he will remain a pariah in both the eyes of media organisations and governments around the world.

Assange has managed to undermine powerful governments and anger conservative news organisations, but his successes ultimately mean it is difficult to imagine him overcoming such influences in winning the support of the public.