How our Australian society can learn from Aboriginal methods of Dadirri 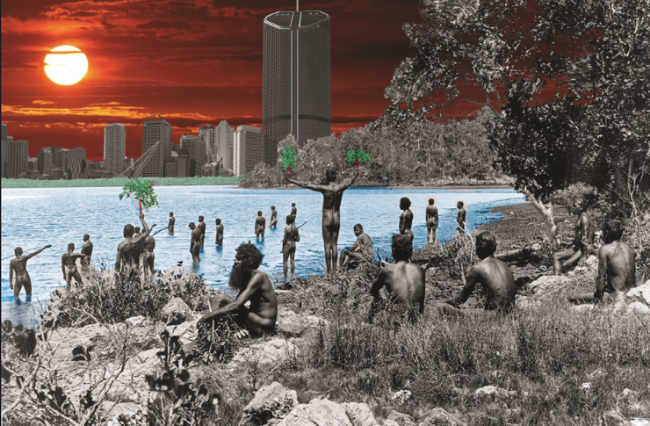 In the Australian Aboriginal philosophy of approaching mental health, physical and mental health is not thought of as two categories, but instead as one entity of mind, body and spirit. Ngatjumay Noongar man Garry Sattell has worked with Aboriginal youth for over 20 years using the practice of Dadirri as one of many methods to improve mental health.

Dadirri (da-di-dee) is the word for the act of ancient deep listening through Dadirri meditations, a spiritual practice based on the teachings of Ngangiwumirr Elder Miriam-Rose Ungunmerr of the Daly River in the Northern Territory.

Sattell uses Dadirri to create a safe space where he engages youth in taboo conversations of mental health, sexual health and drug use. Sattell speaks of our need to turn off the ‘autopilot’ that has us driving through life without remembering how we got from here to there.

“If you’re asking people to understand their own mental wellness, they need to listen to their mind, body and spirit to tell whether they’re okay or not,” he tells upstart.

“Mother earth, ‘gunimaa’ in my language…is our life support. It’s our umbilical cord,” she says. “Our food and our water comes from the land and no matter how advanced we get with technology and the advancement of who we are as human beings, the only thing that will sustain us is the earth.”

For Couch, Dadirri is a way of redirecting modern Australia from the external outlets we have come to depend on and refocussing on our connections with ourselves, those around us and with gunimaa. It is through doing so, that she believes, we will act with gratitude and will provide for each other.

“There is a disconnection, and such a falsehood around the history of this country. And I believe that modern Australia, non-Aboriginal Australia, is missing out on the gifts of that connection to country,” she says.

Gary Sattell believes that practicing true deep listening means that we would not make judgements about anyone else in the world because we would be listening to understand. He believes that a widespread practice and real understanding of Dadirri would unite the differences of Australian people.

Western Psychiatrist Patrick McGorry has worked with many Aboriginal and non-Aboriginal people at headspace and Orygen, where he holds executive positions.

McGorry’s approach draws on his Western studies, but he recognises that Aboriginal culture views mental health in a different way. He says he wants his practice to be culturally safe and understanding of those differences. However, the process can be challenging because he says Western methods can’t be completely ignored.

“It’s hard for us to ignore that completely because that’s what we do. That’s our jobs to treat and recognise mental health and mental illness,” he tells upstart.

McGorry has read about Dadirri and thinks of it as “very powerful” and agrees that there is much to learn from it. McGorry says organisations such as Headspace and Orygen are open to methods like Dadirri, but before they could be adopted at these practices more research must be done.

“If it was shown and you’d have to have an evidence-based approach to demonstrate that it was of value. That’s why the scientific approach is kind of good to combine with this,” he says.

McGorry sees it as a very beneficial way of approaching mental wellbeing but doesn’t think it can be substituted for Western scientific treatments for mental illness.

“Mental health professionals have to understand all that and promote wellbeing, but they also have to treat illness as well…They’re completely compatible with one another but you can’t replace the treatment of mental illness with those approaches,” he says.

Sattell has done a lot of work with people who experience trauma and a wide variety of mental struggles, he has found bringing people out to country and practicing Dadirri to reconnect with themselves and surrounding entities very affective.

He believes it best to go with an elder and to learn the stories, but anyone can go out on country or into the forest. One of the most enlightening things we can do is to go and sit under the stars, something the ancestors long before us have also done.

“Often you and your problems can be overwhelming,” he says. We do need to have that connection to something bigger than ourselves. And having a bigger understanding of the world is part of the process.”

Photo: By Tania Schafer is available HERE and is used under a creative commons license, no modifications have been made.