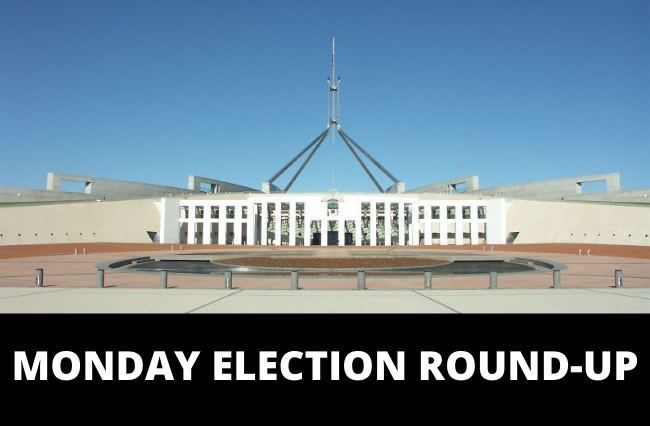 Prime minister Scott Morrison and opposition leader Anthony Albanese have kicked off their election campaigns today across Australia, in the lead up to the recently announced federal election on May 21.

Speaking today in Gilmore, NSW, Morrison has promised a $40 million package to upgrade road safety in the region.

Included in the package is $14 million for Culburra Road between Culburra Beach and Wollumboola, as well as $5 million for Greenwell Point Road Worrigee Road intersection.

Morrison is hoping this package will help sway the marginal seat, backing former MP Andrew Constance. Labor currently holds the seat, which was won in 2019 by Fiona Phillips with a margin of 2.6 percent.

Morrison has credited Constance with convincing him to commit to the upgrades.

“$40 million to invest in local roads, key intersections, stretches of road that means people can move around the south coast more safely and more quickly, getting home sooner and safer and ensuring that they can continue to enjoy the great quality of life that’s available here on the south coast,” he said.

Albanese has started his own campaign in Tasmania, in the marginal seat of Bass.

Speaking in Launceston, Albanese has promised $2.5 million in support for new centres for children with communication difficulties and hearing impairments.

“This means a better future for up to 2000 children over the next two decades and these services, with one in Hobart and one in Launceston, they will service the entire state. They will reach out to smaller towns and villages in this great decentralised state of Tasmania,” he said.

Liberal MP Bridget Archer currently holds the seat at a margin of 0.4 percent, making it one of the most marginal seats in Australia.

Morrison today has stated that Alan Tudge is still “technically” a member of cabinet, and can have his seat back at any time.

Speaking on Monday with ABC News Breakfast, Morrison cleared up the confusion surrounding how Tudge was technically still a member of cabinet.

“It means that he still has his warrant as a minister from the Governor-General. And as a result, he’s formally still the education minister,” he said.

“Alan has taken his own decision for family and health reasons to stand aside. He’s not being paid as a minister and I look forward to him returning because what he’s been doing in education has been very important.”

On Monday, Albanese responded to Morrison’s remarks, calling them “astonishing”.

“We had a situation whereby he stood down but apparently he’s still got his job in the cabinet,” he said.

“I just find it remarkable, and that says it all about the chaos that is on the other side of politics.”

Tudge stood down from his position in December 2021 after allegations arose that he had emotionally and on one occasion physically abused former staffer Rachelle Miller while they were in a relationship in 2017. He denied the allegations.