What began as a small theatre company has become a sensational community choir, writes Molly Hancock. 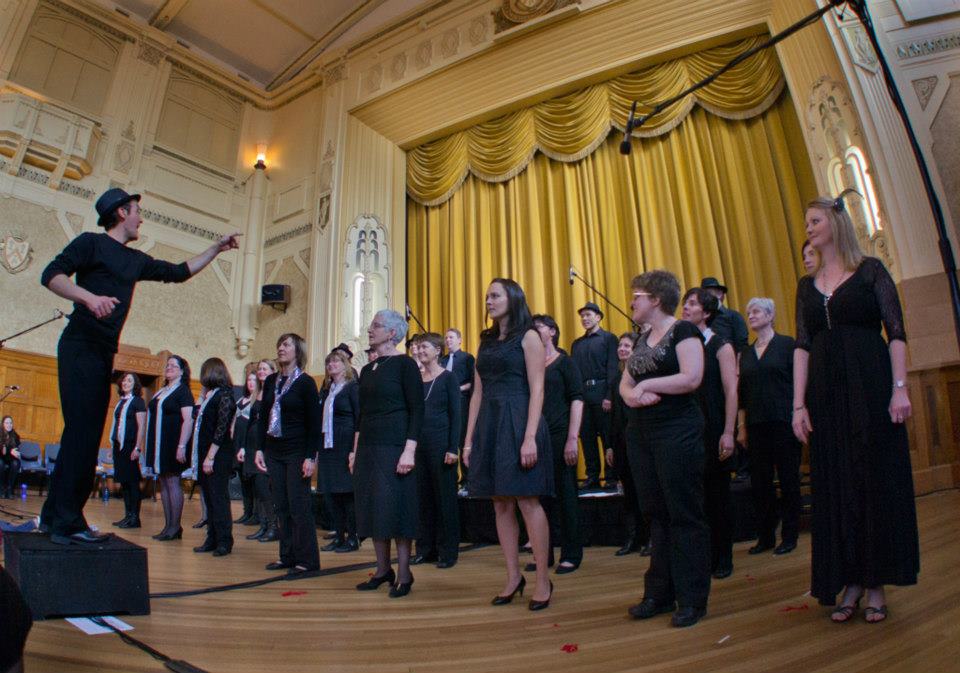 But co-founder Amelia van Lint says the a cappella group began its life as a theatre company.

“It began as actually a theatre company, that my husband I started in 1996 called ARC, and then a couple of years after that we started an a cappella choir and it has grown since then,” van Lint tells upstart.

“It was in 2000 we opened it up to the community … and when everyone is here there is about 40 members.”

The term ARC stands for Amateur Repertory Company and benefits the community by allowing people of all walks of life to come along and feel part of something bigger and connected to their local community.

“ARC means we are an amateur group who go from place to place performing and because we are an a cappella choir we decided to join the two and be called an ARCappella choir,” van Lint says.

A cappella involves signing without instrumental accompaniment, so the choir use their voices to emulate instruments or harmonise.

ARCappella are renowned for their diverse repertoire that includes everything from The Beatles and African spirituals, to pop and musical numbers.

“Our music is a real mix of things, its a bit more of the pop a cappella stuff as well. From Beatles stuff to African as well … For most of our gigs it’s mainly a cappella, a four part harmony and it can be difficult,” van Lint says.

“We are renowned for singing at the Darebin carols by candlelight. So this time of year it’s all about Christmas carols. We also sing at the boulevard lights in Ivanhoe and we’ve been doing that for about 15 years.”

ARCappella thrives off community involvement, encouraging people who have no musical background to come and join the fun.

“We have a few aims, one of them being to perform to the local community. We do a lot of performances around the City of Darebin and the City of Banyule,” van Lint says.

Entirely volunteer ran, van Lint says the amount of time and effort that is required to run a successful choir can be a challenge.

“It’s hard to get volunteers sometimes, but that has been slowly growing … we are all volunteers, but we pay our conductor, who is a professional,” she says.

“We find it really difficult to recruit guys, so that’s always an aim to get more men singing.”

Since the Pitch Perfect frenzy a few years ago, when the American comedy film popularised a cappella signing, ARCappella has noticed more people around Melbourne joining a cappella choirs.

“Its amazing how popular a cappella choirs have become over the last few years … especially over the last three to four years I have noticed with Pitch Perfect, its become cray,” van Lint says.

Since the increase in interest, ARCappella have recently expanded their doors and started the first children a cappella choir in the City of Darebin.

“There actually wasn’t a children’s choir in the Darebin area that was affordable … we have about 30 kids, ranging from ages eight to twelve,” van Lint says.

Weekly rehearsals for ARCappella are every Wednesday evening from 7:30pm in Preston and are guaranteed to never be the same. So be sure to go along and give ARCappella a go, as all new members are welcome.

You can hear some of ARCappella’s work on their Facebook page.