What needs to change for women to feel safe at gigs? 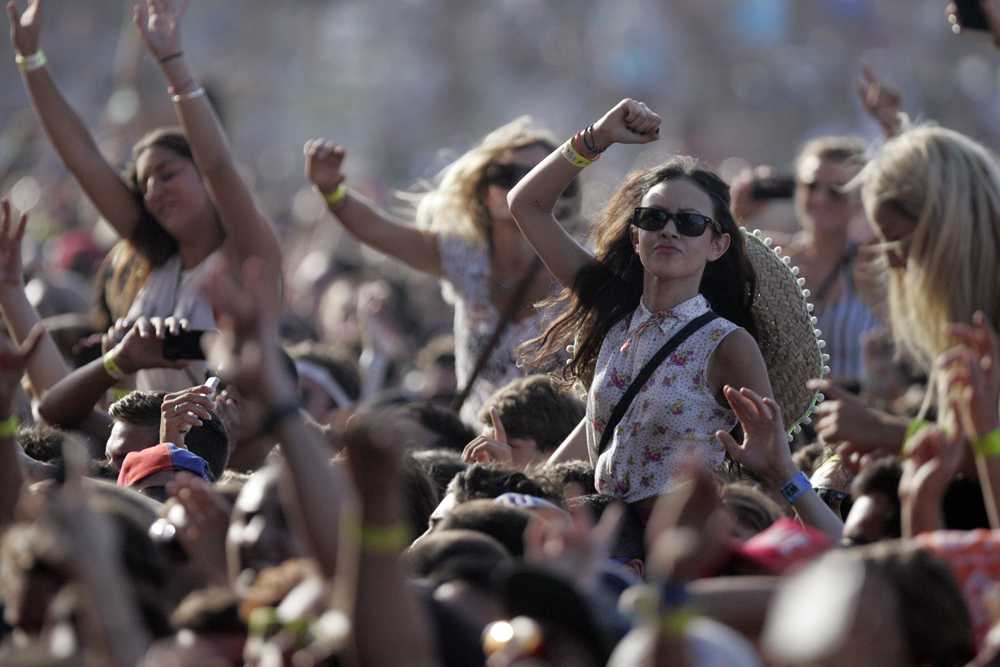 A music festival or gig can be a joyous experience whether you are on stage or in the audience. Jumping up and down in a sweaty pit singing every word of your favourite song, or being onstage seeing the audience singing your songs. It can be something you never forget. But not everyone has an amazing time.

On 22 April 2019 three different female musicians in different parts of the country went public about their negative experiences when performing that weekend.

Waax frontwoman Maria DeVita was groped twice during her set at Newcastle’s Cambridge Hotel. She took to Instagram to voice her feelings.

“I hope you’re glad to know that I fucking felt it and it was extremely degrading,” she wrote.

“I want you to know that your disgusting behaviour is not welcome in our music scene or anywhere really. It is totally disrespectful and plain fucked up,” she said.

The Cambridge Hotel released a statement about the incident on 24 April.

“There’s a culture shift that needs to happen in order for our community to move forward,” they wrote on their Facebook page.

Alex the Astronaut [real name Alexandra Lyn] says she felt unnerved by her experience during a meet and greet after her performance in Adelaide.

“I walked to the merch desk and four boys asked for photos (which is fine),” Lyn wrote on Instagram.

“One put his arm around me and whispered in my ear that he had a crush on me (two times) and asked if that was okay to say. When I said I’m gay so yes as long as he got that, he said it again,” she wrote.

“His friend did the same and when I tried to leave he got annoyed and when he asked to buy me a drink and I said ‘no thanks’ he got cranky,” she added.

Kira Puru was performing in Townsville when a man in the audience called out and said she had a “fat pussy”.

Artists and bands dealing with sexual harassment have been in the spotlight, but audiences are experiencing it too.

Triple J presenter Bridget Hustwaite wrote for Triple J online about her experiences at concerts. She spoke about being sexually assaulted at a concert in 2014.

“Right in the middle of a rowdy crowd, some dude behind me put his hand up my dress twice,” Hustwaite wrote.

“I ran straight to the toilets and stayed in there for a good 15 minutes before leaving the venue early because I didn’t know what to do. I didn’t post about it because I was scared of being judged,” she said.

Sarah Glenane 21, has been attending music festivals since she was 18. She loves it, spending her weekends at gigs, festivals and concerts. But unfortunately for Glenane, not every experience has been positive.

“I’ve had a few, once at a Smith Street Band concert, I was 18 in the mosh pit, and every guy hit on me,” Glenane told upstart.

“At another Smith Street Band concert, a guy kept pressing up against me,” she said.

Bella Mullany loves live music and attends concerts and festivals on a regular basis. She has never had a negative experience herself but it has seen it happen to others.

“I’ve had pretty good experiences I think, at like some festivals when I first started going you’d get people walking around grabbing girls by the ass and stuff like that,” Mullany told upstart.

Mullany believes a small percentage of men need to stop seeing woman as their property.

“I also saw recently the lead singer of Waax and someone thought it was okay to grope her when she was performing and again it comes down to this weird possession thing that men especially have towards women and bands,” she said.

“It is really important that men remember that they have no possession over anyone`s body but them themselves and so they just give women distance, like don’t touch anyone without asking,” she said.

What can be done to reduce sexual assaults at music festivals and concerts?

Bianca Fileburn and Phillip Woods are lecturers of criminology at the University of NSW. They wrote an article for The Conversation about what they believe needs to be done to ensure women are safe at concerts.

“Introducing a policy on sexual harassment and assault that takes a zero-tolerance stance against this behaviour,” Fileburn and Woods wrote.

“Training all festival staff, security, volunteers to identify and respond appropriately to incidents of sexual harassment and assault,” they wrote.

“Ensuring there are clear avenues for patrons to report incidents that occur at festivals,” they added.

Glenane said a lot of men talk the talk but they now have to walk the walk. When they see inappropriate behaviour, they need to let the perpetrator know that their actions are unacceptable.

“Women have a level of consciousness, they look after each other. Men need to have this too, and if they do see something, call it out. Men are more likely to listen to other men,” Glenane said.

Mullany and Hustwaite agreed. Both said if you are with a friend who is harassing a woman, call them out on their behaviour.

“If you see one of your friends who is harassing someone or doing something that is inappropriate you call them out on it or maybe tell a security guard if you’re not confident on that type of behaviour,” Mullany said.

Hustwaite believes if someone is being harassed you should step in, that if it was a family member or friend you would say something. It shouldn’t matter it’s a stranger.

“If they’re acting in a manner that you would hate to see happen to your sister, girlfriend, mum, et cetera, pull them up on it. It can be as simple as saying ‘Hey man, that’s not cool,” she said.

Josie Douglass is a third year Bachelor of Media and Communications (journalism) student at La Trobe University. You can follow her on Twitter @JosieDouglass

Photo: 2013 Future Music Festival 2013 by Attels available here and used under a Creative Commons Attribution. The image has not been modified.