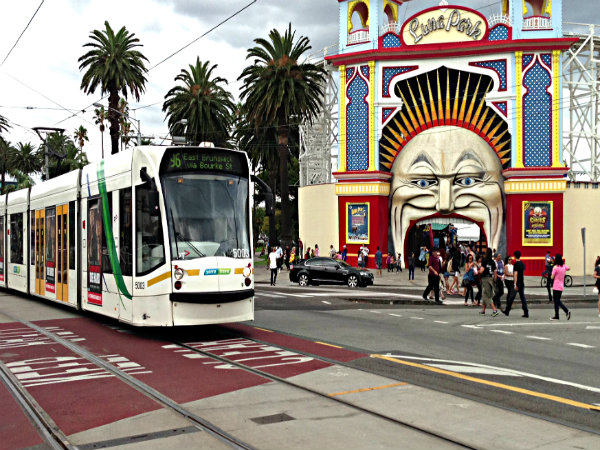 Where would we be without the familiar grinding squeal of the tram?

Firstly, we’d be stuck out in the suburbs. But more importantly we’d be without the culture and creativity that comes with the iconic Melbourne tram.

It’s hard to believe that in the 1980s the Australian Government decided trams were old-fashioned and tried to faze them out. And while they largely succeeded across Australia, Melbourne remained as a home hub for the fleet.

Since then trams have become entwined into the fabric of the city. They are now called upon as a point of art, culture and history. 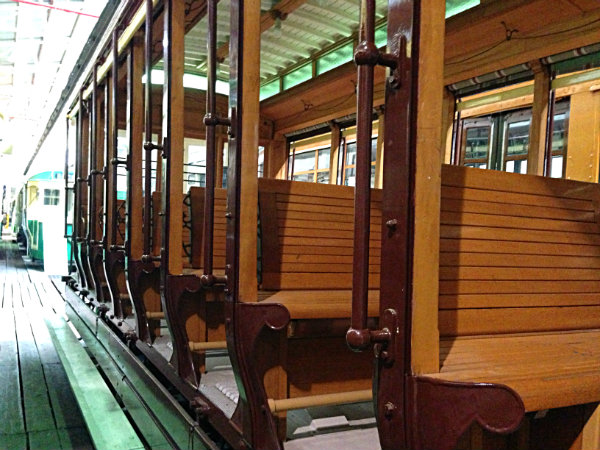 Warren Doubleday of the Hawthorn Tram Depot Museum says, “there is definitely a sort of love affair with Melbourne’s tramway system.”

Former tram driver of over eighteen years, Carolyn Cleak also acknowledges this. “A lot of people just think, there’s a tram let’s get on. But it’s more than that.”

Trams are now at the centre of many local arts projects. The Old Treasury Building is currently hosting Trams: Moving Pictures, an exhibition to commemorate 35 years since the inauguration of the Art Trams.

The Art Trams – commissioned by the Victorian Ministry for Arts – are an image still instilled in the memories of many Melbournians commuting throughout the late 1970s to the mid 1990s. They begged the notion of a mobile art gallery, promoting creativity as an everyday reality. 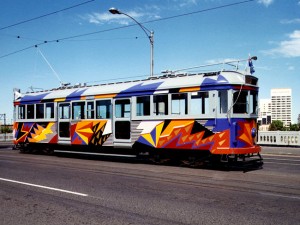 Curator of Trams: Moving Pictures, Kate Luciano says, “the art trams changed the way the city saw its public transport. If people weren’t rattling along inside the artwork of the W-class trams, they were driving beside it or admiring the vibrant moving artistic works on Melbourne’s streets.”

Indeed Mike Ryan, also of the Hawthorn Tram Depot Museum says, “the tram paintings are the best thing we (Melbourne) have ever done, people loved it… and there’s still an interest in those sort of things.”

But tram are breaking into more than just the arts. They are now a leading symbol of the culture of Melbourne.

The Tram Bar in Melbourne’s Arts Precinct showcases an old, revamped tram now functioning as a trendy place to go for drinks.

The bar’s slogan “…no other bar in Melbourne does it better. Why? Because they’re not a tram” perfectly combines urban culture with the daily grind of the tram network.

Indeed nowadays it is hard to separate Melbourne from its trams. Through dominating the arts and culture of the city, there is now a trend on social media platforms, such as Twitter and Instagram, to hash tag #trams or #melbournetrams when discussing elements of the city itself.

Trams have transitioned from a dying race to a thriving cultural icon. They have prompted a highly vocal love affair amongst the people of Melbourne and have broadened the spectrum of local art and culture, forcing their way to centre stage. There is nothing more Melbourne than the ding of the bell and the squeal of the brakes.

Hannah Rabe is a Bachelor of Journalism student at La Trobe University and a member of the 2013 upstart editorial team. You can follow her on Twitter @hannahrabe1.