The end of season tournament has been shifted to Mexico where it will be played at high altitude. 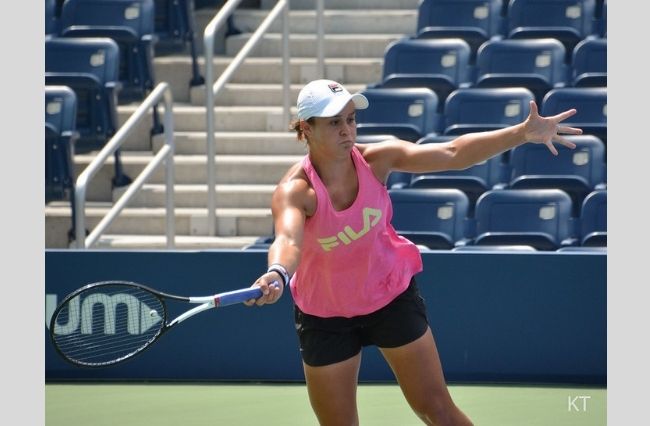 Australian tennis world number one Ash Barty looks unlikely to defend her WTA Finals title in Mexico due to concerns about playing conditions and the timing of the tournament.

The WTA Finals were shifted from Shenzhen in China to Guadalajara this week as a result of the COVID-19 pandemic. It will now begin on November 8 where players will be faced with largely unfamiliar high-altitude conditions.

Ash Barty’s coach Craig Tyzzer says the change in conditions will prove to be highly difficult for players to adapt to.

“We only just found out it’s in Mexico at 1,500 metres [above sea level] and they’re using pressure-less balls,” Tyzzer told the AAP.

“Pressure-less balls absolutely fly. It’s a ball that, if you use it in normal conditions, it doesn’t bounce.”

Tyzzer also says that the stark contrast in playing conditions is not the greatest advertisement for women’s tennis, particularly when it comes to showcasing the best in the game.

“In conditions they’ve never played, in a country they don’t play and at altitude, I just feel it’s ridiculous. As a spectacle, it’s just frightening,” he said.

Barty’s team also fear that competing in Mexico will disrupt her 2022 Australian Open preparation. Following participation in the event, Barty would be required to spend two weeks in home quarantine upon her return to Australia.

Tyzzer says that Barty is now “physically and mentally exhausted” after a recent third-round exit at the US Open and a Tokyo Olympics campaign. However, he has not ruled out Barty’s involvement in next month’s Indian Wells 1000 series event in California.

“She needs to get home, she’s a super homebody,” he said.

“Indian Wells is still on the radar but she just needs a rest.”

In 2019, Barty won the WTA Finals in China, claiming the biggest financial prize in men’s or women’s tennis history of 4.42 million US dollars.

Regardless of Barty’s involvement in this year’s WTA Finals, she is all but certain to finish the calendar year as world number one for the third successive year.

Photo: Ash Barty US Open – Practice day, Sunday 26 August 2018 by Carine06 available HERE and used under a Creative Commons Attribution. The image has not been modified.