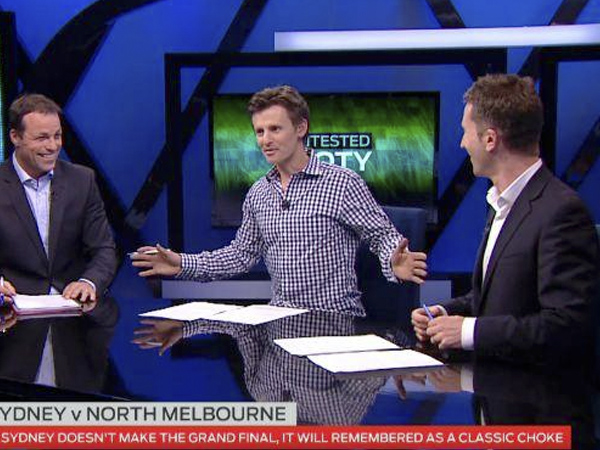 The stage is set for an epic AFL Grand Final.

For the second year running, upstart magazine will be broadcasting a special AFL Grand Final program from 1.00pm on Saturday live from the La Trobe University television studios.

We’ll have more details about the broadcast throughout the week, but today, we’re launching the #AskHuddo campaign.

One of our guests will be Fox Footy and SEN sports broadcaster Anthony ‘Huddo’ Hudson. You have 48 hours to use the hashtag #AskHuddo on Twitter, as well as #upstartGF, and the best three questions will be put to Huddo in our feature interview.

The question Huddo says is the ‘best’ one, will receive a special prize.

If Sydney don’t make the 2014 grand final will it be a classic choke? #ContestedFooty. http://t.co/HVu4myttWe pic.twitter.com/SAoWjTEj8s