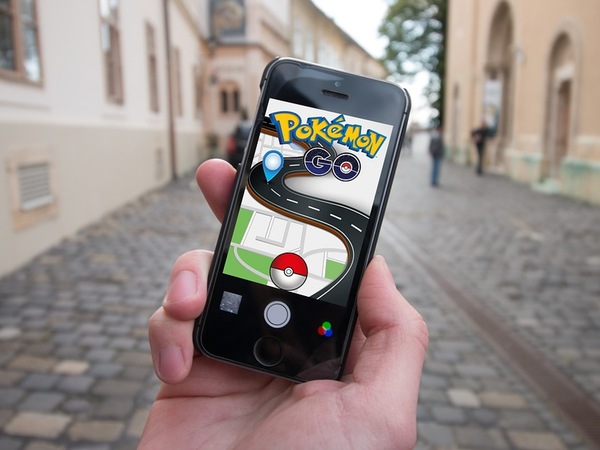 Pokemon Go is set to kick-start the immersive technology industry after the number of jobseekers pursuing a career in the field surged in the wake of the app’s success.

The record breaking mobile game is considered a catalyst for a 376 per cent spike in the number of Indeed users searching keywords including virtual reality (VR) and augmented reality (AR) during April compared to the same month last year.

“Pokemon Go has brought AR to the masses and shown the world what AR, using the technology we already have in our pockets by way of a smartphone, is capable of,” he tells upstart.

“In the mass consumer space undoubtedly Pokemon Go has shown people what AR is and its immense potential and I think we can expect to see a lot more in areas outside of entertainment.”

Unlike VR, which creates a completely artificial environment, AR overlays computer-generated information onto a user’s view of the real world.

For example, Pokemon are scattered throughout the Pokemon Go game world, which uses the Google Maps dataset to replicate the real world. The GPS feature of a smartphone then enables players to track down Pokemon, who appear onscreen as if they were located in the same real-world environment as the user.

Can’t decide quite what I think about the fusion of real-world and augmented reality that is #PokemonGO pic.twitter.com/9zkZnf62sf

Dr Horan says while this technology could enhance numerous industries including entertainment, design and manufacturing, the process of learning skills is poised to flourish in tandem with the advancing technology.

“I think education and training are going to significantly benefit the most in the near term by the ability to provide valuable information showing people how to do things in the real world context,” he says.

“It won’t be long before AR technologies will allow us to put on a headset and be trained in how to play a virtual piano without requiring us to purchase or have access to one.”

AR technology is already available to use for a number of everyday purposes, usually by way of a smartphone or tablet app.

Car manufacturers are embracing the technology to provide owners with a convenient way of learning more about how to look after their vehicle.

The Hyundai Virtual Guide app enables users to point their device’s camera at parts of the car such as the engine bay or interior and receive textual and graphical information relating to repairs, maintenance and vehicle features.

While AR has seemingly already replaced the traditional car manual, Dr Horan says it can play a much greater role in the automotive sector, especially for the benefit of consumers.

“Heads Up Displays (HUDs) in vehicles are improving and it’s possible in the near future that this will be integrated to all the digital data we have available,” he says.

“For example, drivers will have displays showing them locations of petrol and electric charging stations, suggest routes through traffic and even locate parking spots.”

The prevalence of AR is predicted to only increase in the near future, though the technology is not without hitches in its current stage of development.

“One of the biggest challenges moving forward will be understanding location in a real environment in order to know where to place virtual overlays. There are ways to achieve this currently but it’s challenging to achieve this is in outdoor environments without existing AR infrastructure,” says Dr Horan.

With major companies including Apple, Microsoft, Facebook and Google pouring significant investment into developing their own AR technologies, the next breakthrough is unlikely to be far away.