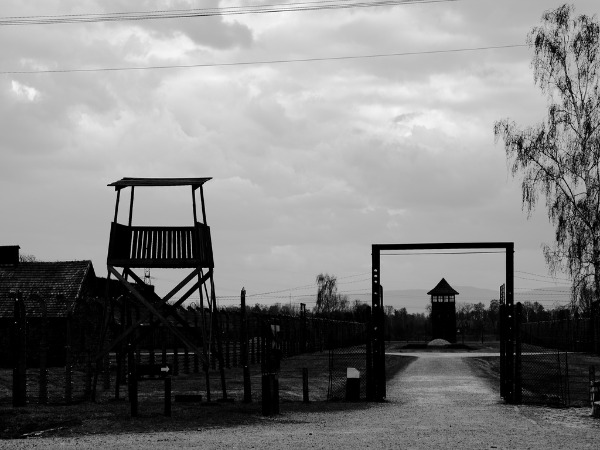 The decision of German authorities to charge a former Auschwitz guard with war crimes 70 years after the Third Reich was destroyed, represents a dramatic shift away from the core principles of legal action in Western society.

It indicates a preference toward emotional reasoning and suggests a distinct lack of common sense.

German prosecutors from the region of Hanover have decided to charge former Auschwitz guard and Second World War veteran Oskar Groening with more than 300,000 counts of accessory to murder.

Born in 1921, Groening spent all of his early life in post-First World War Germany and lived throughout the reign of National Socialism in 20th century Germany. During the Second World War, Groening became an SS Sergeant and was a guard at the infamous Auschwitz concentration camp.

During his time as a guard at Auschwitz, Groening was allegedly implicit in the entire process which claimed more than one million lives. Groening is accused of helping operate the death camp from May to June in 1944, at which time more than 425,000 Jewish people from Hungary were transported to the facility and more than 300,000 were immediately gassed to death.

Groening’s main responsibility at the time was dealing with the belongings of the victims of the camp, which allegedly included the collection of money and valuables from prisoners.

“He helped the Nazi regime benefit economically, and supported the systematic killings,” prosecutors in the city of Hannover have told the German media. Groening, to date, denies any wrongdoing.

At face value, the decision to prosecute appears perfectly logical. As Groening has never made any attempt to deny his employment at Auschwitz, nor his support for the National Socialist regime in the ’30s and ’40s, seeing him stand trial seems a logical conclusion.

However, for a range of reasons, German authorities have taken a misstep and their efforts will be futile.

Groening is 93 years old. Originally captured in June of 1945, it has been nearly 70 years since the Second World War and Groening’s complicity in the running of Auschwitz. While this, is on its own, no reason to avoid prosecuting the former guard, it certainly indicates the lack of urgency and general interest both authorities and public have had in processing the man.

Instances of such late-life prosecutions have also proven useless in the past.

For example, in 2013, German prosecutors took 92-year -old Siert Bruins to trial, a former member of the Nazi Waffen SS. The case was dismissed due to gaps in evidence. Also in 2013, Hungarian officials announced that they would be prosecuting 98-year-old Laszlo Csatary with unlawful execution and torture during the 1940s. The case was never heard, as Csatary died just two months later.

The spur of these cases being reopened traces back to the success of German authorities back in 2011 with their conviction of Ukrainian man John Demjanjuk to five years prison for his role in the Holocaust as a prison guard. Demjanjuk died while waiting appeal and served no time.

With reported levels of rising anti-semitism not just in Germany in 2014, but all across Europe, surely state funds would be better directed towards educating the public, on the dangers of blind hatred and bigotry, and not on attempting to imprison the senile. 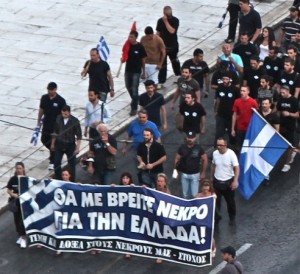 Since the Second World War, Groening has, for the most part, been a model citizen, and the pursuit of revenge should not over shadow this fact.

After his release from British authorities, Groening initially opted for the secluded life. However, upon hearing about the rising popularity of Holocaust denial among fringe groups, Groening set out to quell these beliefs.

Groening has appeared in numerous historical documentaries and studies, including ‘Auschwitz – Inside the Nazi State’ and ‘Auschwitz: The Nazis and the Final Solution’ and while still renouncing any criminality on his part, has been a vocal supporter condemning the potential for such atrocities to ever occur again.

“I see it as my task, now at my age, to face up to these things that I experienced and to oppose the Holocaust deniers who claim that Auschwitz never happened. And that’s why I am here today. Because I want to tell those deniers: I have seen the gas chambers, I have seen the crematoria, I have seen the burning pits – and I want you to believe me that these atrocities happened. I was there,” Groening told PBS.

While these arguments may appear fruitful to some, for others, including La Trobe Associate Professor and European History lecturer Dr Adrian Jones, there is no other option but to pursue those involved and implicated in atrocities, no matter the circumstances.

“I think it’s an important decision to make a statement about guilt, and it needs to be continually made,” Dr Jones tells upstart.

“I think it’s fairly likely that the perpetrator doesn’t even remember just how he felt in 1943, or 1944. The Germany of today is so very different – but the crime is real. It’s an important statement to make and it has to be made.”

Whilst Jones can understand why some may view the decision as futile, ultimately in his eyes this in inconsequential.

“In a sense it’s futile, but I don’t think anyone seriously believes that he will be locked in a prison for his final years, perhaps at worst. The prison authorities in Germany are responsible. He has gone through his whole life, the very long period of his adult life, without facing the consequences of what he did. This needs to be said and it needs to be maintained, there a victims who are still alive today. No one is going to propose an unjust sentence or punishment, but this must be done.”

Whilst this may be true, for many, it’s hard to ignore the clear lack of urgency German officials have had in processing Groening. With so much conflict and racial tension still present in the 21st century, surely state resources would be better directed towards educating the public against the dangers of bigotry and violence.

In the months to come, the world will watch to see just how Groening is treated, and whether or not his trial proves to be as useless as those tried before him.

Some closure may be offered for particular people who suffer from the atrocities committed by the Nazis.

But it is too little, too late.