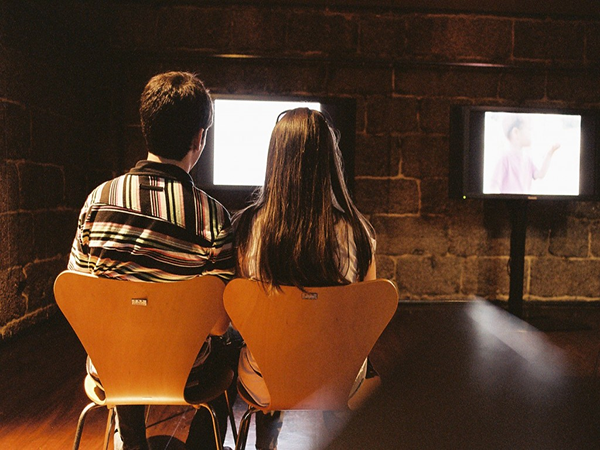 “Just watch one episode!” your friend says, “You’ll love it!” they say. You rationalise with yourself; surely one won’t hurt?

It all starts out innocently enough, but four hours later you emerge from the cave that was once your bedroom, bleary eyed, hungry, but so satisfied.

Oh, and with a highly profound emotional attachment to your new best friend, a television character, to boot.

It’s a vicious cycle that can suck you in at any time (though seems to extend its grip during assessment period) and takes no prisoners.

And in the 21st century, it’s become an undeniable truth that Australian students love their favourite television series.

According to a report from the Australian Bureau of Statistics conducted in 2012, Australian adults spend the equivalent of one month a year watching television.

A recent survey by Medibank found that eighty per cent of Australians lose one day a week to the screen, either behind a computer or in front of the television.

The survey also found that more than half of the participants were worried about how their actions were impacting their health and family life.

Recent viewing habits of Australians have further highlighted their admiration for television series.

The highly anticipated premiere of season four of HBO’s Game of Thrones earlier this month saw a combined audience of 315,000 people tuning into Foxtel’s two screenings of the episode. 187,000 torrents were downloaded from Australian IP addresses, these figures excluding the number of people who streamed the episode from illegal online sources, or the number of individuals in attendance at each viewing.

The final episode of the generational phenomenon How I Met Your Mother aired on the 31st of March, the conclusion dividing fans of the beloved cult series. Some were satisfied with its ending, whilst others were left feeling betrayed by the way their favourite characters’ stories would continue once farewelled by audiences.

So should we be concerned by our viewing habits? And are we becoming too attached?

According to psychologist Emma Foy, one would be considered to have an obsession with a television show if their viewing tendencies went “over and above the normal or the standard level that someone would watch something for”.

“Just like people can get obsessional over anything, whether it be washing your hands or even shoes, it can happen with television shows. People can feel like they really want to be connected with those characters,” Foy tells upstart.

If you’ve found yourself guiltily wondering if perhaps your musings about Jon Snow may be bordering on overly-attached, Foy suggests you look out for possible signs of an unhealthy addiction.

SERIOUSLY IF THEY END THIS WITH ROBIN AND TED ENDING UP TOGETHER I WILL PUNCH A HOLE IN THE UNIVERSE. DONT DO IT. #HIMYMFinale

“A person should reconsider their habits if a show or character starts taking a priority in their life, or If they can’t tolerate interruptions or needing to go somewhere else at the particular time the show is on,” Foy explains.

“If you’re becoming overly emotionally distressed about things that are going on in a show, it would definitely be a warning sign. You need to realise that this level of obsession is not healthy.”

However switching off is easier said than done, with the ability to quickly tune into one’s favourite show now easier than ever before for Australia’s Gen Ys.

Foxtel have introduced online streaming services, such as Foxtel Play, that offer up to date screenings of US television shows, however subscription costs are not exactly in line with the student budget.

Alternatives like Netflix, though not yet legally accessible in Australia, are estimated to be subscribed to by around 20,000 Australians. The online video streaming site is accessed via Virtual Private Network (VPN) services such as MediaHint. There is discussion that Netflix is set to expand legally to Australia in 2014, which is likely to increase the legal streaming of TV shows.

Are alarm bells ringing?  Don’t delete the folder titled ‘Breaking Bad’ on your desktop just yet. According to Foy, we can strike a healthy balance between work and play, or rather, pressing play.

“You have to establish boundaries in your life, and when you’ve got study to do you have to get it done, and balance it out with your personal time as well,” she says.

“As a general term, if you’re doing four subjects you should be allowing ten hours worth of study per subject per week. You also need to include things like exercise, to ensure you stay fit and healthy … I’d keep it to a minimum- ten hours [of television] a week will keep you fit and healthy and getting through your study at the same time.”

Maybe it is time to take our parents advice and avoid getting ‘square eyes’ by taking a break from the screen. However in a country where youth alcohol and drug consumption statistics are on the up and up, there are perhaps worse guilty pleasures than a television series-binge.

Jacinta Newbold is a third year Bachelor of Journalism student at La Trobe university and is the current deputy editor of upstart. Follow her Twitter: @jacinta_newbold.