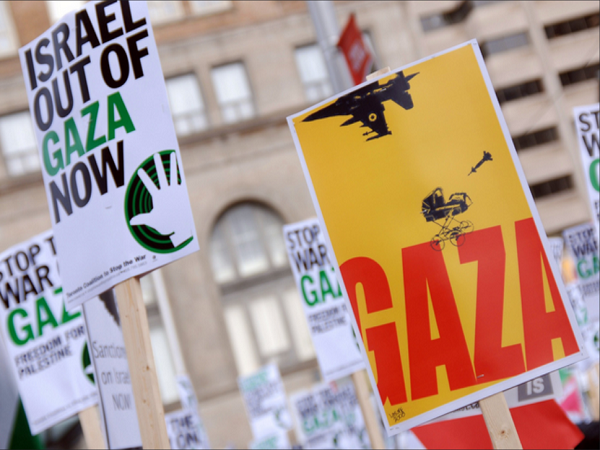 The recent eruption of the Israeli-Palestinian conflict has prompted international outrage from both sides of the equation. At the moment Australia is sitting on the fence, but that’s just how it has to be.

Last weekend saw a global outpouring of support for the Palestinian struggle with cities all over the world hosting protests against Israel’s attack on the Gaza Strip as part of a worldwide “Day of Rage”.

In London, 150,000 people marched through the city to voice their disgust, as did tens of thousands in Cape Town, Paris, Tehran, Beirut and several other cities.

Australia did not exclude itself from the protesting with thousands turning out in Melbourne and Sydney to demonstrate their disappointment at Australia’s stance on the situation.

Federal Greens MP, Adam Bandt, summed up the aim of the protests when he spoke at the Melbourne rally. He urged the Abbott government to use its alliance with the United States in order to pressure the most powerful country on Earth to in turn pressure Israel into ending its attack.

Signs at the protests in Toronto, Canada. Taken by Flickr user Jonathan McIntosh.

While this may seem like a noble and humanitarian gesture, demanding the United States to do anything, especially in such a precarious and complicated situation, is the last thing Australia should be doing.

The Australian/New Zealand/United States alliance is not an agreement between equals. Australia has next to no international clout in either the arena of soft (economical) or hard (military) power, thus our relationship with America is, in actuality, our frontline defence against the rest of the world.

To put it simply, we need them more than they need us.

Kim Beazley poignantly summarised the situation when he visited Washington in 1988 as Australia’s Minister for Defence. He said the ANZUS alliance “gives Australia the technological edge we need to enable less than one per cent of the Earth’s population to guard 12 per cent of its surface”.

This is why the only comments Prime Minister Tony Abbott has made regarding the Gaza conflict are the usual fence sitting rhetoric.

Foreign Minister Julie Bishop dutifully followed suit, stating: “No country should have to tolerate arbitrary and indiscriminate attacks upon its civilian population by rocket fire and infiltration through tunnels. However, in exercising its right to self-defence, Israel must take all necessary steps to prevent civilian casualties.”

I don’t know if Tony Abbott or Julie Bishop would show support for an independent Palestine if Australia had the political courage to do so, but the fact is we don’t, and so we shouldn’t.

We have seen the consequences of an ally defying US just across the Tasman. In 1984, New Zealand introduced laws that made the country a nuclear-free zone, which meant denying American naval vessels the right to enter New Zealand waters because they would not confirm nor deny if nuclear weapons were aboard. As a result, the Reagan administration suspended all treaty obligations with New Zealand.

This is a punishment Australia cannot afford.

Unlike New Zealand, we are a massive country with an abundance of space and resources located in a strategic geographical position, and although some people think the era of colonialism for the aforementioned reasons is over, it’s not a theory we can risk testing out.

Countries like Venezuela can declare Israel an “illegal state” which uses “unfair and disproportionate” aggression against Palestinians because it has no ties with the US. Countries like France can get away with labeling the conflict as a “massacre” and “slaughter of civilians” because they are a nuclear state perfectly capable of holding their own.

Unfortunately, Australia fits into neither of these categories. Officially speaking out against Israel and condemning a conflict which does not even directly affect us is not worth the trouble it almost certainly would cause.

Campbell Elmer is a third-year Bachelor of Journalism student at La Trobe University and deputy editor of upstart. You can follow him on Twitter: @CampbellElmer.