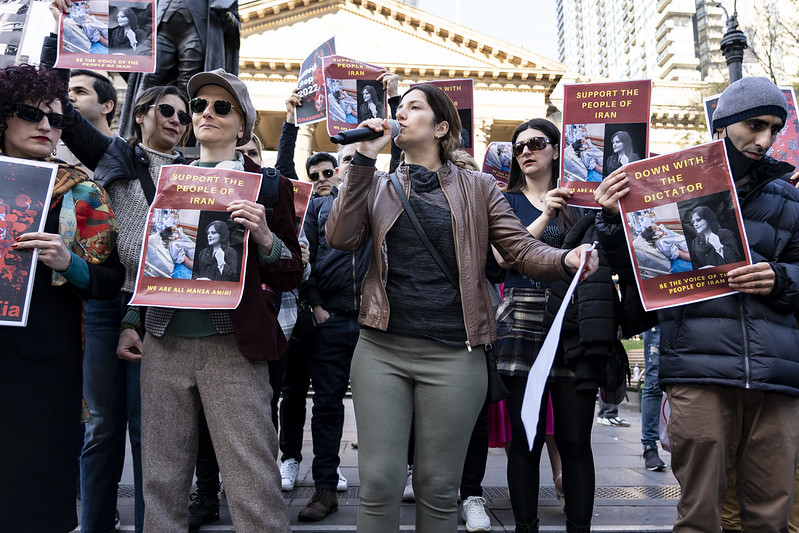 Australia has shown its support for the investigation into the death of 22-year-old Iranian Mahsa Amini, who died in police custody for breaching Iran’s strict rules of around wearing the hijab.

Minister for Foreign Affairs Penny Wong tweeted this morning in support of holding the people behind the tragedy accountable.

“We stand with Iranian women and girls in their struggle for equality,” she said.

“Human rights, including freedom of expression, peaceful assembly, and association should be respected,” he said.

Since Amini’s death two weeks ago, there has been nationwide anti-government protests led by Iranian women, demanding women’s rights.

Iranian Australians along with others have also gathered in Melbourne in solidarity with the protestors in Iran, chanting “freedom” for women. One woman in the crowd had even cut her hair, symbolising protest against the government.

Iranian President Ebrahim Raisi condemned the “rioters” for protesting against the dress code and the broader treatment of women.

“Those who took part in the riots must be dealt with decisively, this is the demand of the people,” he said.

President Raisi further blames the United States; claiming that they added fuel into the unrest to weaken Iran.

“The enemy has targeted national unity and wants to pit people against each other.”

Around 60 people have been killed in the week-long protests since Amini’s death  due to the crackdown from the Iran government on the protestors.

Photo: Solidarity with Iranian Portets by Matt Hrkac available HERE is used under Creative Commons licence. This image is not modified.