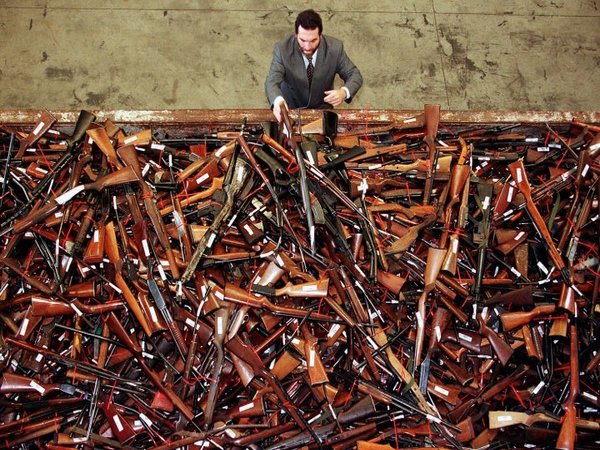 Mick Roelandts, firearms reform project manager for the New South Wales Police, looks at a pile of a..

With a low rate of gun violence in Australia, it’s difficult to prove whether the decision to import the Adler A110 shotgun will be detrimental to community safety.

In the wake of the Sydney Siege, panic stricken politicians placed a temporary ban on the gun due to fears it may be used in terror related acts.

The decision was criticised by the Sporting Shooters Association Australia (SSAA).

“The justification for the ‘temporary’ ban being terrorism concerns is illogical, as criminals, gangs and terrorists almost always obtain their firearms by illicit means,” they said.

Earlier this month, Senator Penny Wright, who has been a vocal opponent of the proposed import, expressed fear that this type of weapon has the potential to be disastrous.

“This gun would undercut Australia’s sensible gun laws that were introduced by John Howard and are the envy of the world,” Wright said.

The Adler shotgun has been described as a rapid fire weapon, which can fire eight rounds in as little as eight seconds, similar to a pump action shotgun.

The debate was reignited last month when Senator David Leyonhjelm said that he managed to blackmail the federal government into applying a 12-month sunset clause to the ban.

The move was widely celebrated among the 800,000 licensed firearm owners in Australia.

The battles seems to have only just began.

Recent reports indicate that Leyonhjelm plans to move a disallowance motion in Senate this month, which could see the ban scrapped all together.

The law and category licensing

The mass shooting in Port Arthur, where 35 people were shot dead by a lone gunman, was the catalyst for the rapid reform of Australia’s gun laws in 1996.

The change was strongly opposed by rural electorates, but with 79 per cent of the population residing in urban areas, the reform passed without referendum or great political opposition.

The changes to licensing and licit firearms are said to be directly responsible for a decrease in gun related violence.

According to the Australian Institute of Criminology (AIC), firearm related homicide has declined by half since 1990. 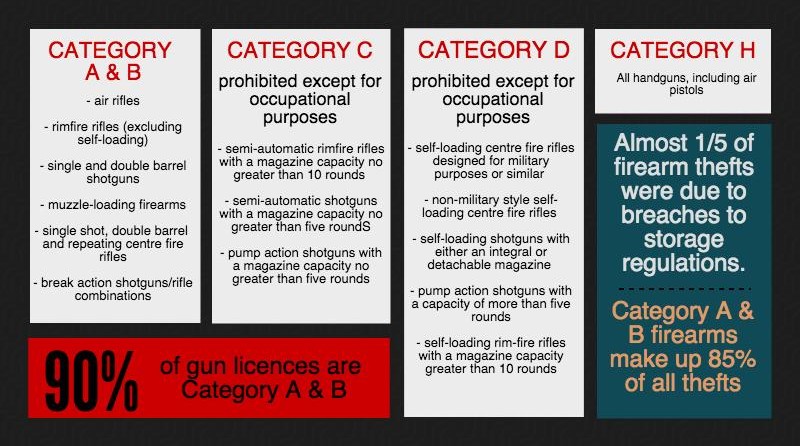 The gun and its intended category

Senator Wright has said that the rapid fire capabilities of the Adler shotgun could prove devastating if it were to fall in the wrong hands.

“By letting the Adler into Australia the Abbott Government has opened the doors to a potential tragedy like those we have seen in the past,” she said.

However, Wright said that if allowed into the country, the shotgun should be reclassified and only available to those with a category C license.

“This weapon is clearly not far off a pump-action shotgun. And we severely restrict the use of firearms like that because of the speed with which they can be used.”

The SSAA has concerns that the shotgun is being misrepresented as a rapid fire weapon.

SSAA National CEO, Tim Bannister, tells upstart that the weapon is a valuable resource for farmers.

“You generally can only get [category C] if you’re a farmer. Knowing as many farmers as I do, they actually don’t want to do the shooting, they want someone else to do it for them,” he says.

The restriction to category C licensing will mean farmers can’t outsource the work of pest control.

“The SSAA runs a program called Farmer Assist where we have thousands of members who will do this, use their own petrol, take their own food, have their own campsite, and do feral animal control for farmers, completely free of charge.”

He says that gun violence is perpetrated by unlicensed criminals with unregistered guns, and that individuals with licenses shouldn’t be punished for their crimes.

“It’s not these guys that are generally a social problem, it’s the outlawed motorcycle gangs [and] drug gangs,” he says.

“You can create all the laws you want, but unless you can convince the ‘Finks’ and the ‘Rebels’ to start obeying the law then it’s just a waste of time, bureaucratic feel good stuff, nothing more.” 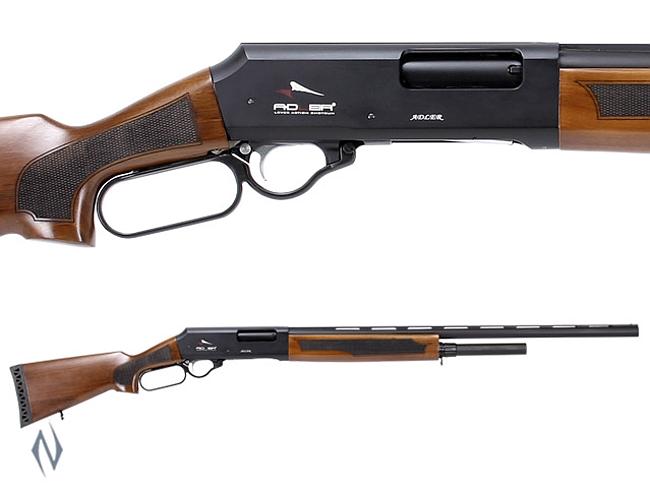 The inherent nature of the black market makes collecting accurate data on illicit firearms almost impossible, so many aspects of research remains subjective.

The Australian Crime Commission (ACC) has estimated that there are currently 260,000 illicit guns circulating the black market, including those in the grey market.

Gun Control Australia recently told a Senate enquiry that “the more guns there are in the hands of the community generally, the greater the number of incidents of gun violence”.

The recent ACC report on organised crime states that the targeting of legitimate firearm owners and dealers for theft is a known source of black market firearms.

The AIC found that all gun thefts between 2004 and 2009 were of “less restricted firearms”.

“[Those in categories A and B] comprised the majority of firearms stolen in this period, most likely a reflection of the prevalence of these firearms among the Australian firearm-owning community,” they said.

With the recent events in Sydney and the constant tragedies in the U.S., the introduction of the Adler shotgun has bought to light some necessary questions.