Two Australian skateboarders have tested positive to COVID-19 after traveling to the US for an Olympic qualifier. 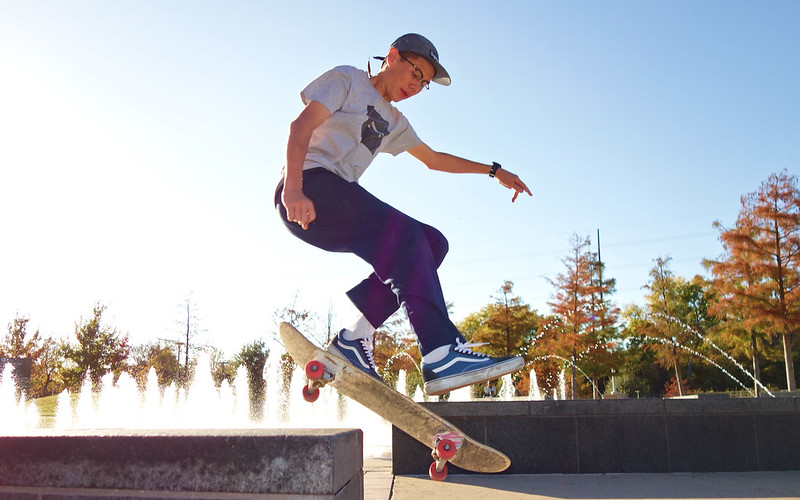 Three members of the Australian Olympic skateboarding team have tested positive to COVID-19. The team traveled to the United States to attend an Olympic qualifying event.

Two athletes and a coach have tested positive to the virus. The ABC has reported that the Australian team has been disqualified from the event in Des Moines, Iowa, as they are close contacts of the three positive cases.

Skate Australia is monitoring the condition of the three-team members who tested positive.

Charlotte Heath, a 13-year-old skater from Melbourne is one of the team members who tested positive and gave an update about her situation in an Instagram post.

“I have to quarantine for a while now and I was really looking forward to this comp but at least I got to travel to America and go to all the sick skateparks while I could. Good luck to all the other girls and boys competing it’s going to be sick to watch,” she wrote.

The positive cases are in isolation separate from the rest of the 11 strong team and staff members.

Poppy Olsen, Australia’s top-ranked female skateboarder is with the team in the US and has tested negative for the virus. She has already qualified for the Olympics and told RN Breakfast that for most of the team it was pretty much their last shot to qualify for Tokyo.

“They’re pretty devastated because myself [and] another member, Keegan Palmer, we were the only two who were really officially locked in to go to the Olympics,” she said.

Skateboarding is one of the five new sports that will be introduced at the Olympic Games in Tokyo.

There will be two skateboarding disciplines, Street and Park. Street mimics an urban environment with features such as handrails, benches, and stairs while competitors will skate in a smooth bowl for the Park format.

Despite the positive COVID-19 cases affecting many athletes hopes to represent the country in Tokyo. Another Australian has already qualified for the Olympics.

Street skater Hayley Wilson from Melbourne did not join the team in the US. Wilson currently ranked 7th in the world in the Women’s Street is guaranteed a spot at the Olympics. She will fly directly from Australia to Tokyo.

Photo: 2012:11:24-16:49:58 by Josef Wells available HERE and used under a Creative Commons Attribution. This image has not been modified.