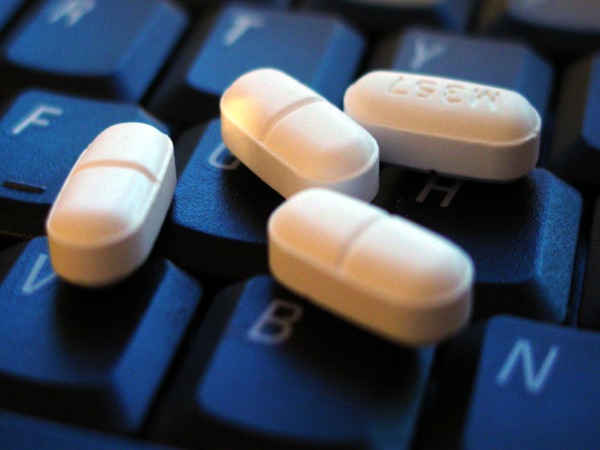 Students everywhere have once again found themselves in the midst of a new drug craze and while the immediate benefits appear clear, the future is still hazy at best.

Modafinil is a ‘vigilance promoting drug’ – a eugeroic – that has approval from the United States’ Food and Drug Administration (FDA) for the treatment of wakefulness disorders such as narcolepsy and is promoted as a cure for excessive daytime sleepiness. Around the world it is sold under names such as Alertec, Modavigil and Provigil, 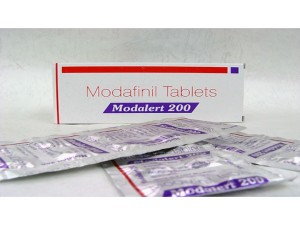 Modalert, one of the many brands Modafinil is marketed under. Courtesy ScorpioDBK.

Modafinil requires a prescription for purchase in Australia, however it can be shipped into the country without government intervention. As is so often the case, the drug is now being used outside of its intended purpose.

It has now become a ‘lifestyle enhancer’, endorsed by students to working professionals to labourers, as a safe way to bolster one’s alertness and to avoid fatigue throughout a busy day.

With the idea of a concentration improving lifestyle drug popularised by films such as Limitless and Lucy, Modafinil received another push in popularity when it was officially endorsed by Silicon Valley star Dave Asprey, the founder of ‘The Bulletproof Executive’.

Asprey attributes much of his success to his use of Modafinil throughout the work day.

“I started taking it when I was getting my MBA while working full time at a start-up we sold for $600 million,” Mr Asprey told news.com.au.

“I ended up taking it pretty much every day from 2001 to 2009. I think it’s been an enormous boost for my career and even my family, having limitless energy and focus is amazing.”

Asprey says if it is success you want, Modafinil and other eurogenic lifestyle drugs are a big step in the right direction.

“The stories I read were all very positive and being in a busy stressful job with not enough time it’s exciting to think there might be something that can give you and edge on the competition, but mostly to combat exhaustion.”

It wasn’t going to be long before stressed out university students also turned to these lifestyle drugs.

According to UK newspaper The Tab, out of 2000 university students surveyed in the United Kingdom, one in five admitted to having used Modafinil to boost their ability to study, or even to perform well in an exam.

Modafinil has also found its way into the hands of Australian students.

upstart this week caught up with two La Trobe students who have been using the drug.

Preferring to go simply by the name Lachlan S, a La Trobe first year STEM student has been using Modafinil for 12 months. He first begin using the drug at the end of high school.

“I find that I am more alert and have less brain fog, I’m also really talkative. I feel more active. I’ve also noticed an increase in strength.” Lachlan tells upstart.

“I probably use Modafinil ten [times] a semester. Only around heavy study periods, or if I need to stay awake overnight for whatever reason.”

“I would absolutely recommend people give it a try, but not all people. I wouldn’t recommend it for people who have trouble with issues like insomnia though. It is too effective at keeping you awake, and if you’re already having trouble with sleep, I think it could make that a lot worse.”

For Lachlan, he doesn’t see any reason to stop using it in the immediate future.

“I’ve never experienced any side effects. No headaches, no real trouble sleeping after the expected period. Sometimes a little trouble getting to sleep on short days, but nothing to cry about.”

Katelyn L is also a science student at La Trobe. She has a very brief experience with Modafinil, and says that it wasn’t all it’s cracked up to be.

“I got some off a friend a few weeks ago. I wanted to try and use it to keep me awake so I could finish an assignment. My friend told me it would help me concentrate,” she says.

“Honestly, Modafinil has made me feel hazy. For quite a long time, followed by brief spurts of 30 minute intervals of light bulb sorta moments where I felt like I could concentrate.”

“I also had a lot of trouble getting to sleep when I finished my assignment. I wouldn’t really recommend it to any of my friends.”

“It should stay with the people who need it. People should probably only use it if it is prescribed to them by a doctor.”

When it comes to the long term use of eurogenics such as Modafinil, the jury is still out. To date no long term studies have been conducted on the affects of the drugs usage over extended periods of time.

While it boasts the ability to improve concentration, alertness and help in fighting mental issues, potentially side effects such as headaches and exposure to dehydration have also been observed.

It’s always important to remember that nothing is too good to be true, and while there is no doubt Modafinil may benefit many, for others the drug is probably best avoided.

Until any long term studies into the drug’s usage are completed, as a consequence of its low level of potential for addiction, it’s unlikely to be heavily monitored in the West. In the mean time, there is no doubt that students and professionals who are under the pump and stressed are going to continue to roll the dice with drugs like Modafinil, on the off chance that it does improve their life.