The Rohingya refugee crisis prompts Australia to reassess its lack of commitment to foreign aid. 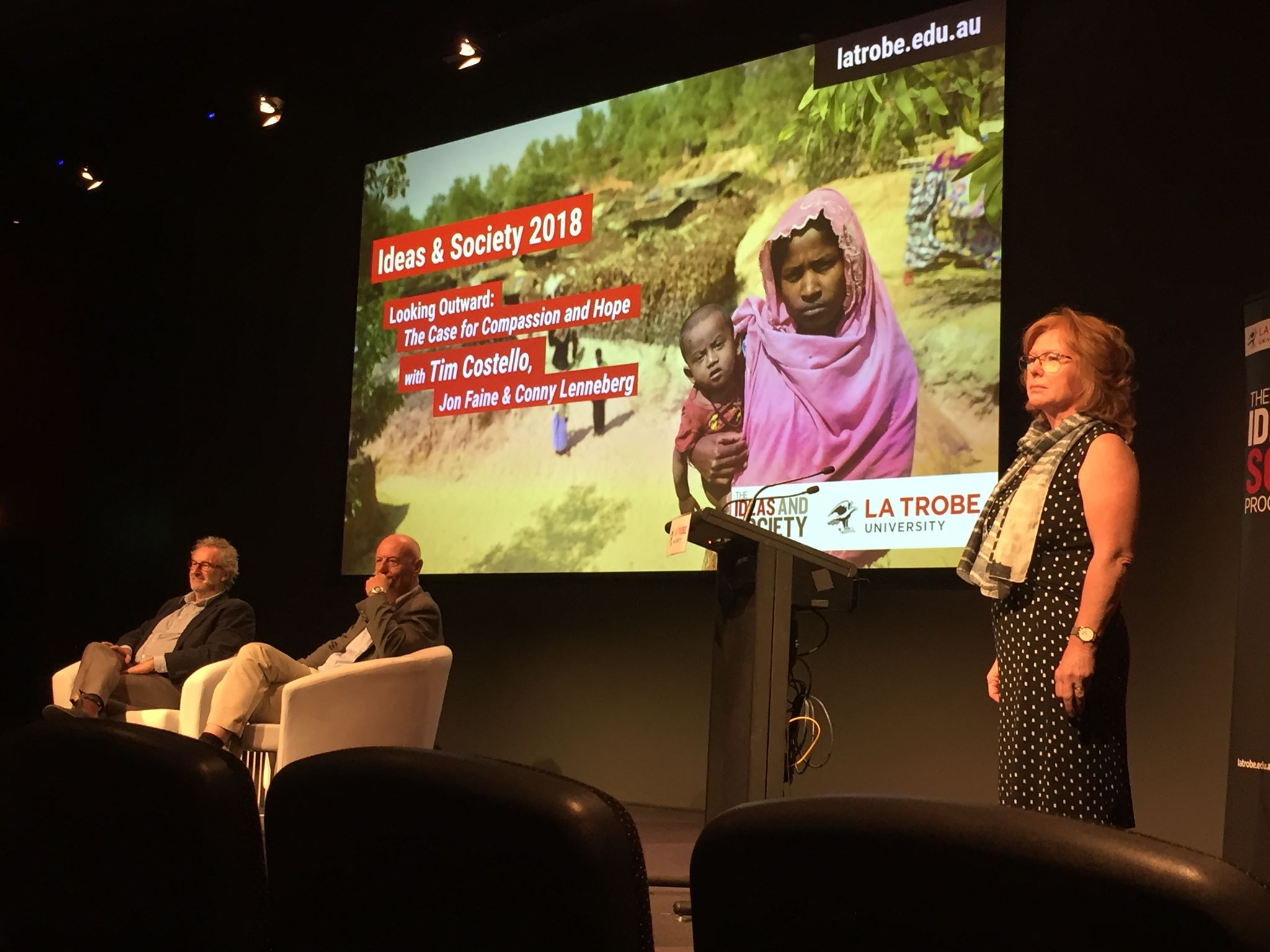 “You actually see things you never really recover from,” chief advocate for World Vision Australia Tim Costello said, as he shares the emotional toll of working with people in abject poverty.

“I can find myself back in Australia in a setting giving a speech, unrelated to World Vision [Australia], I have the occasion and suddenly I’m in tears.”

In what Costello describes as “the gates of hell” the Rohingya refugee crisis spreads across a long history of religious and cultural indifference expressed through systemic discrimination.

According to the United Nations High Commissioner for Refugees (UNHCR), over 647,000 Rohingya refugees have fled from Myanmar as of January 2018 and settled in Cox’s Bazar, Bangladesh.

Experts discussed the dynamics around Australia’s foreign aid in a public lecture that took place at the Melbourne Exhibition Centre.

Amidst the needs of refugees, Australia continues to disappoint when it comes to foreign aid as it currently hits its lowest level across history.

“The Australian aid program is a very sad story at the moment,” Costello said.

He hopes for the return of a bipartisan agreement on foreign aid and to avoid “playing politics” on humanitarian efforts that are essentially grounded on compassion and generosity.

According to an analysis of the 2017-18 federal budget by the Australian Council For International Development, Australia’s contribution to foreign aid currently stands at 0.22 percent of its Gross National Income.

Accounting roughly one percent of 2017-18 federal budget, the foreign aid program is expected to decline even further over the next few years after a temporary halt starting mid-2018 saving over $300 million.

Brotherhood of St Laurence executive director Cornelia Lenneberg is certain that Australia can afford to spend more on aid and that it all boils down to setting priorities and placing a higher regard for the needs of others.

“When the war in Syria was happening there was never an argument about ‘can we afford those weapons?’,” she said.

“There was always money for the weapons.”

“[Education] it doesn’t cost much but there’s never enough money for that.”

Aid comprised a quarter of all budget cuts by the government since 2013 which is in contrast to how majority of Australians perceive government funding according to The Guardian.

But as ABC radio presenter Jon Faine remarks, why is it that sometimes we feel compelled to act in the spirit of charity but at times we don’t even bat an eye?

Costello believes we respond when we can empathise with victims.

As a country with coastal cities, Australians empathise with tsunami victims. But in the case of the Rohingya, he points out, people are less likely to respond since war is a deliberate act unlike a natural disaster.

Another case was made for the importance of empowering women.

“Backing women is fundamental for development, whatever country we’re talking about,” he said.

To illustrate this, Faine recounts his visit in Pakistan’s Punjab province where he was in a field hospital and saw girls dying right before his eyes.

“I noticed that if there were, I think, 10 beds in a row and there were 10 kids dying, they were all girls. And so, I asked the doctor from UNICEF ‘was there somewhere else for the boys?’ and he said, ‘no it’s all the girls who die. The families will save the boys and let the girls die’,” he said.

Rohingya women are trafficked to work as prostitutes in the refugee camp to exploit their desperation and need for labour as reported by BBC News.

With the threat of landslides, floods, and the coming monsoon season, one of the biggest issues in the Rohingya refugee camp is to ensure women and children’s safety.

But the prospect of re-energising commitment to foreign donations is bleak as the government plans to make further cuts to an already badly wounded aid program.

With this, Costello hopes that we do not lose our capacity for compassion and generosity since Australians are still “incredibly blessed”.

Because as the Rohingya people have proved, kindness and selflessness can exist even in the midst of tyranny and absolute malevolence.

A brief background on the Rohingya refugee crisis

As an ethnic Muslim minority in predominantly Buddhist Myanmar, Rohingya people have restricted access to proper education. They live in extreme poverty, being stripped of the right to vote and denied citizenship.

The crisis was triggered on 25 August 2017 when Arakan Rohingya Salvation Army rebels raided police posts resulting in the death of 12 security officers.

An aftermath of military violence ensued causing thousands of Rohingya to flee to Bangladesh on foot and by boat to escape from Myanmar’s western Rakhine state.

Rohingya people are stateless and are unwelcome in Bangladesh and Myanmar.