An opening round match of the French Open is facing controversy after a double bounce wasn't spotted. 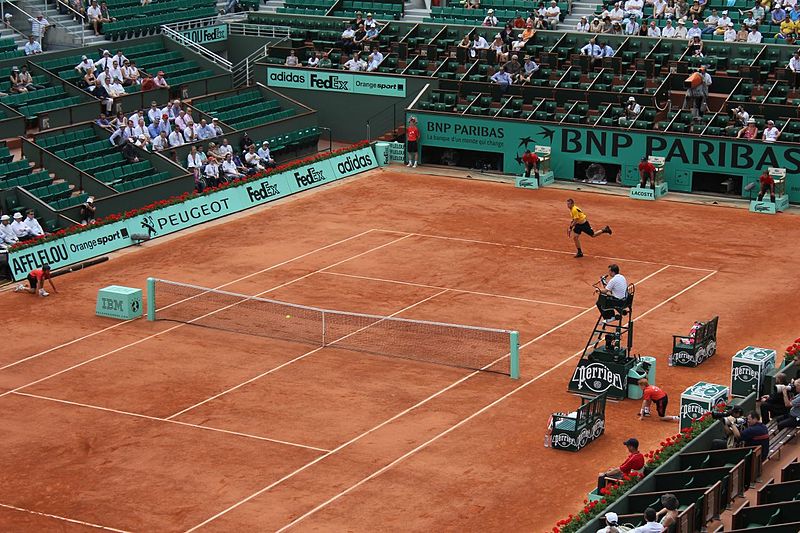 Controversy has overshadowed German Laura Siegemund 7-5, 6-3 victory over Kristina Mladenovic in the first round of the French Open at Roland Garros.

Siegemund profited from the violation, knocking Mladenovic out of her home Grandslam in the first round.

The incident occurred in the first set, when Mladenovic was up 5-1.

As the Frenchwoman looked to close out the set, Siegemund hit a winning score despite the ball bouncing twice before she hit it.

This was not picked up by chair umpire Eva Asderaki or called out by the German player, despite Mladenovic’s protestations.

Laura Siegemund saved seven points to win the first set, 7-5, over Kiki Mladenovic, but did the German *truly* earn the comeback?

A missed call and lack of sportsmanship would suggest otherwise.

Mladenovic, the world number 44, was furious with the umpire, and was thrown off when the point continued.

“I think the chair umpire was the only person not to have seen it on the centre court,” she said after her loss.

“We can call that a turning point. Should have been 6-1.”

Meanwhile, Siegemund, ranked 66th, cleared herself from responsibility for the incident.

“If it’s a close call and it’s a set point against you, I think it’s the umpire’s responsibility,” she said.

Despite her disappointment, the French star refused to blame Siegemund for not calling the incident on herself.

“Well, she would have been the best and most fair player on the tour if she would have done that. Unfortunately, she didn’t. I didn’t expect her to do it,” she said.

“But she’s not the one responsible. I think the chair umpire is the one that should be really focused on that call.”

Ultimately she had to accept the loss.

“Mistakes are human, but I don’t see how the umpire can miss that. She didn’t see a double bounce,” she said.

The controversy sparked social media conversation, with tennis greats throwing in their opinion on the matter.

While both players were quick to place responsibility on the umpire, tennis legend Martina Navratilova accused Siegemund of poor sportsmanship.

“That was awful,” Navratilova tweeted.

“The umpire, who is usually great, missed that one.

“In the old days we would have called it ourselves but these days it’s different. For sure Siegemund knew she didn’t get it on the first bounce et voilà – it totally turned the match as Mladenovic knew it … shame.”

Aussie tennis great Renae Stubbs also weighed in, saying the indiscretion should have been called by Siegemund.

“A rare miss from Eva…..but the player really needs to call that on themselves,” Stubbs tweeted.

a rare miss from Eva…..but the player really needs to call that on themselves.

Meanwhile, renowned tennis write Christopher Cleary questioned whether the German star would have known, given the heat of the moment.

“If you know you have hit a ball after the second bounce, you should, if you are a fair tennis player, surrender the point to your opponent,” Clarey tweeted.

“The question is: Was Siegemund completely certain?”

If you know you have hit a ball after the second bounce, you should, if you are a fair tennis player, surrender the point to your opponent. The question is: Was Siegemund completely certain? On stretch, under duress, you can tell yourself what you want to hear

Both players have called for a soccer-style video assistant referee (VAR) system, which would allow calls to be overturned.

Mladenovic said it would be great but also “a pity to replace a human with a camera”.

“If we have the technical devices to get a quick replay, I think that’s a good thing for all sports,” said Siegemund.

Siegemund will face fellow German Julia Görges on Thursday in the second round.

Photo: French Open 2010 by Andrea Anastasakis available HERE  and used under a Creative Commons Attribution. The image has not been modified.