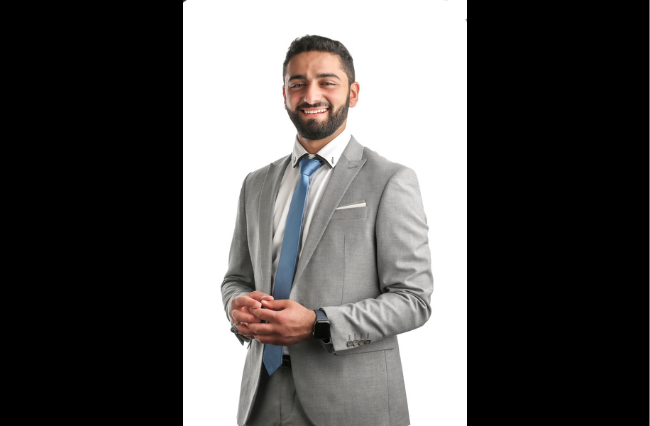 When Muslim activist Bakr Hawari has to do one of his five prayers a day facing Mecca and he’s in a public place, he makes a point of doing it in a corner where everyone can see him.

This, he says, is a way of normalising Muslim culture not only to other Muslims but also to other Australians.

“For me, personally, it makes me feel stronger and more empowered, that I can practice my religion, and I’m not shy of it,” he tells upstart.

Whilst Hawari, a Palestinian Jordanian who moved to Australia when he was just eight, doesn’t recall much of the moving process, he does remember some of the major culture shocks that he first experienced when he arrived.

One of these was the language barrier. At eight he had to learn the English language from scratch. He says he remembers attending a language school alongside other immigrant children where he was taught all the regular subjects including maths and humanities whilst having to study lower-level English for around two terms.

“There was a whole bunch of people my age, I was only in grade two,” he says. “So, we’d learn the maths and humanities and all that stuff. But the English was obviously you know, at a lower level.”

Another of the cultural differences he faced was the food he ate. He and his family found themselves having to check the ingredients on food products to ensure they were halal due to the rules surrounding food dictated by their faith.

“So, we don’t eat pork. And we don’t drink alcohol. That’s the main thing. But a lot of times you got to check,” he says.

Other than the language barrier and the food they ate, the majority of the culture shocks he had to overcome were cultural. Hawari comes from a conservative Muslim family and believes the majority of Muslim Australians who immigrated here have had to evolve into a very blended culture.

“Muslim Australian identity, that’s really important,” he says. “To know that you can be Muslim, and you can be Australian, those two are complementary. They’re not contradictory.”

Hawari remembers his mother changing the kind of headdress she wears as a way to integrate into Australian culture. As a part of their faith, women had to dress modestly, and his mother originally wore a niqab. A niqab is a kind of burqa that covers the entire body including the face, only leaving the eyes revealed.

After being in Australia a while, Hawari says his mother slowly transitioned to wear a hijab, a headdress that only covers her hair due to the uncomfortable feeling of people looking at her as if she were different.

“She never felt like anyone was racist towards it. Like nobody ever said it directly to her. But, you know, right, everyone just feels like, it’s very different,” he says.

“She kept the hijab, which was very important, she was never going to compromise that because it’s part and parcel of the faith.”

This was spurred on by not only his father being an Imam at the Virgin Mary Mosque near his house, but also through thinking more about his identity as Muslim when he started university.

By exploring his culture and identity, Hawari found he wanted to have a strong connection to his home, which inspired him to become an even stronger voice for his community.

“I got to a conclusion that being Australian, and Muslim are complimentary, and I started to understand that was already existing before in my actions.” he says.

He began taking part in activism on an individual level as well as expressing his religion proudly through participating in and educating others about important practices of the Muslim faith such as prayer and Ramadan.

Hawari is also involved in the grassroots My Vote Matters program. It’s a program run by the Islamic Council of Victoria (ICV) and aims, not to tell Muslims how to vote in elections, but to educate them on what policies are being promoted by each party that pertains to Muslim values as well as remind Muslims that their votes matter.

At a protest he was attending, Hawari saw the president of the ICV and spoke to him about joining the advocacy team. Hawari says right now he just helps as a volunteer, due to time constraints such as university, but hopes that soon he’ll be able to join and participate even more.

“Hopefully, sometime next year, maybe in the Islamic Council, Victoria, I would love to help out there more,” he says.

“I believe as a minority; you’re always going to have to do that extra bit to make people understand who you are. And it’s a very, I’m not gonna lie, it’s a very unique minority.”

Author: Chloe Jaenicke is a third-year Bachelor of Media and Communications (Journalism) student at La Trobe University. You can follow her on Twitter @chloeejaenicke