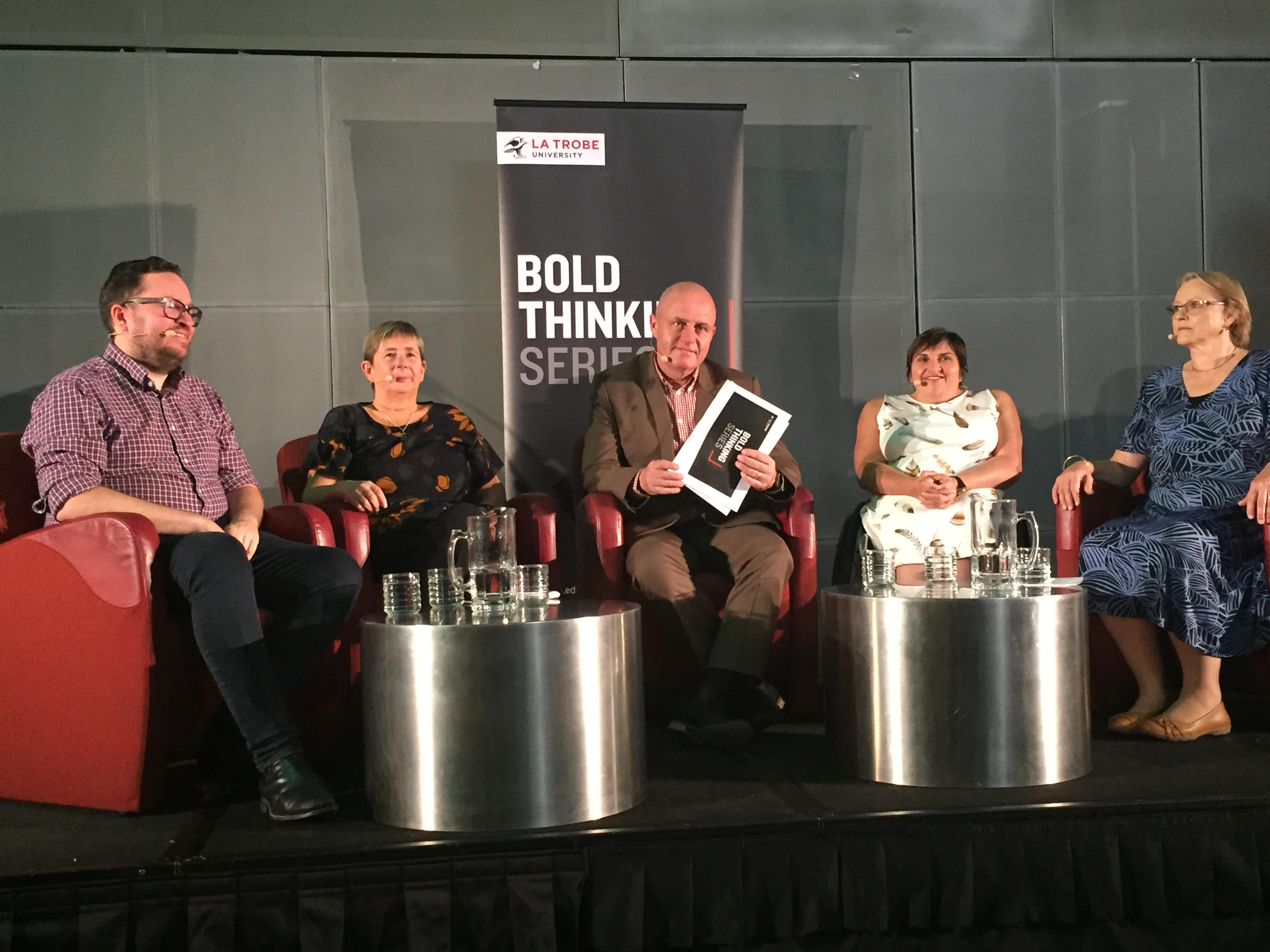 Five years since its launch, how much has the National Disability Insurance Scheme (NDIS) delivered on its commitments?

Dr Jane Tracy, Director of the Centre for Developmental Disability Health Victoria, acknowledged that the insurance scheme set in motion numerous conversations, raised awareness and created a profile for disabilities across Australia.

“I think the NDIS has changed the world,” Tracy told Upstart.

When the NDIS was first launched, it was marketed as a solution that would ‘revolutionise disability services’.

In a nutshell the scheme was enacted to make disability services more flexible and choice-based to suit the unique needs of each person.

Essentially, the NDIS was meant for those with the most severe disabilities, and since its start in 2013 it has served over 140,000 Australians.

But as more people are absorbed into the system and the scale of demand rises, the ambitious scheme has left gaps in its practice that need to be addressed.

One of these points to the marketisation of the NDIS model.

With the current framework, service providers have lost their government funding and instead compete in the market for potential customers.

In this business structure, factors such as logistics and costs play a key role for service providers to respond to clients.

“If you’re a service provider in a small country town and you have to travel two hours to get to your client who needs one-hour support in the morning, is that cost effective?” Chaffey told Upstart.

In cases where services are impractical and costly people are having difficulty in finding willing service providers, even with their access to funding.

Professor and Director of the Living with Disability Research Centre at La Trobe University, Christine Bigby, believes that state governments should provide for people as a last resort and put more effort into planning.

Overemphasis on support funding is another key issue with the NDIS that hinders its goal of sculpting the social landscape for people with disabilities.

“All resources and energies are devoted to the individualised package and not so much to changing the world in which we live,” Chaffey said.

Through the NDIS, a person receives funding to purchase services based on a formulated plan with a representative.

Though this individualised model has worked well for some, Bigby suggests that this advantages people with plenty of ‘social capital’ but it handicaps people who have no family or supporters.

For instance, people with intellectual disabilities cannot adequately articulate their needs during the planning stage and they need the assistance of someone who knows them well.

“Equity is a major issue. Some people are doing well, and some aren’t doing so well,” Bigby told Upstart.

The NDIS must put more effort in helping people find their place within the community so that they will develop lasting relationships with others and become less dependent on their service providers.

However, there is insufficient capacity to deliver disability services despite the increase in funding.

Bigby notes the sheer lack of trained professionals and skilled workers in the disability sector and that it has been neglected in the past decades.

Social affairs writer at The Australian Rick Morton highlights that the success of the NDIS is also dependent on other government systems.

“The thing a lot of people have forgotten, when we talk about fallible, we mean the other systems around the NDIS may fail and they are indeed failing,” Morton told Upstart.

An example of this is the withdrawal of advocacy funding of state governments and the failure of the education system to address needs of children with disabilities.

On a positive note, Morton says the NDIS will indefinitely receive full support from the government.

“I’ve actually never seen something have bipartisanship immunity from attack,” he said.

Issues on implementation, lack of skilled workers and consumer satisfaction are just some of the pressures that weigh on the NDIS.

Though it undoubtedly needs reform in certain areas, Tracy is positive that it will adapt and overcome these challenges if we don’t lose sight of its purpose.

“It’s built on the right principles, it’s going in the right direction, it’s responsive to change,” she said.

“But we’ve got to keep our eye on the goal and where we’re going.”

A quick look at the NDIS

Prior to the NDIS, state governments hired disability service providers. However, services rendered were often restricted and did not meet certain needs of individuals thus pushing the need for a universal national scheme.

The NDIS is comprised of three tiers and eligibility will mainly depend on the person’s age, status of residency and the severity of the disability.

The amount received varies but for every participant the average cost of each package is $46,000 per year.