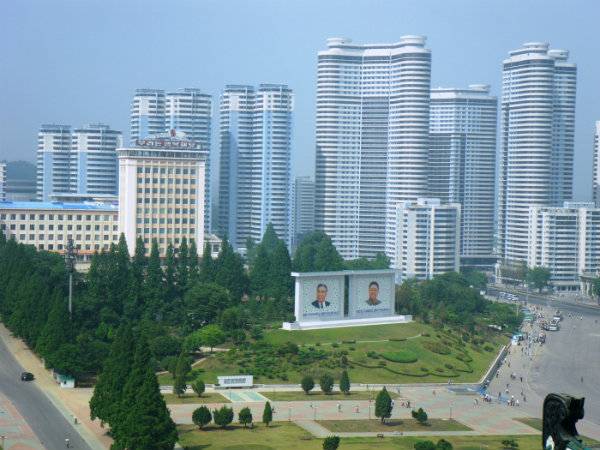 “You spend a week there and it’s quite suffocating for someone that’s not used to it.
You come out to China and you feel like it’s the land of the free.”

It’s become common knowledge that North Korea is a repressive state. They fund nuclear weapons instead of feeding a starving population, and allow no opposition groups whatsoever.

At least this is how it appears to the western eye.

Dr Benjamin Habib is an expert in North Korea’s political economy and nuclear weapons program. He has twice travelled throughout the state and was one of the last tourists to take the day trip from the south to the north before it was shut down in 2008, after a tourist was shot and killed.

While Dr Habib has experienced life inside the state, he says that as a foreigner it is hard to grasp what it is really like for the average people.

“You don’t just go in and cruise around. You have to go in on a tour, a chaperoned tour… And they show you what they want to show you, you see what they want you to see and they keep you away from anything nasty.” 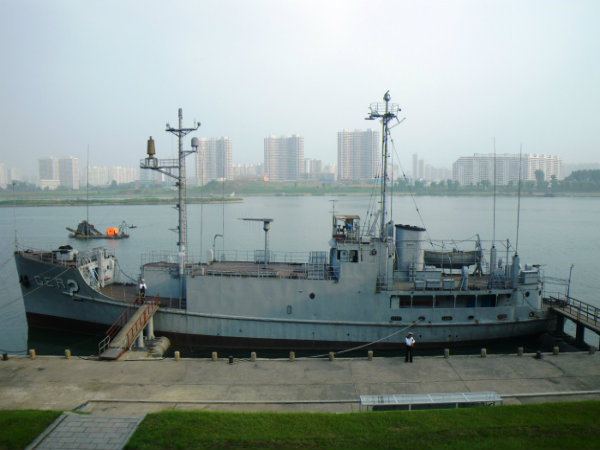 An interesting point Dr Habib makes is that few of his trip photos contain people. This, he says is not because there aren’t people around, but because they avoid foreigners.

Under Kim Jong-un’s totalitarian regime, civilian communication with foreigners is treated as a crime as it could result in ideological contamination.

If a civilian is found to have breached this, they must own up in a group meeting described by Dr Habib as similar to a “Catholic confession on steroids” after which they are then punished accordingly.

“If you actually have done something wrong, and this is a country where people get ahead by ratting people out, so if you’ve talked to a foreigner, people would have seen you do it. So you can’t lie about it ’cause it’ll get brought up and you’ll be denounced.”

To further avoid encounters with locals, Dr Habib says foreigners are only taken to specially allocated shops and restaurants that simply don’t open if there are no foreigners around.

It is for these reasons, Dr Habib says, that the only correspondence a foreigner has while inside the state is with “tour guides”.

And it’s not only the guides that closely monitor foreigners.

“So you notice things that other people might not. Like the guy that’s just standing over there pretending to mind his own business, he’s not there by accident, he’s watching.

“We got taken to a Christian church in Pyongyang and it was all very nice, the mass was nice.Then I heard later that it’s probable that they’re all actors and they all go there just to put on a performance for foreign visitors, to offer the pretence that there’s religious freedom when really there’s not.”

This ban on religion extends to every foreign influence possible. For this reason North Korea only has one television station, a local one, and all other foreign signals are eradicated.

The state’s successful monopolisation of all aspects of life is largely a result of a pervasive personality cult that Dr Habib says is reflective of an overtly controlling state.

“It’s part ideology, it’s part religion, it’s part philosophy and it’s all encompassing so it intrudes into every part of their life.”

At the centre of the cult stands the regime’s newest leader, Kim Jong-un.

“It looks like he has really taken the baton and ran with it and decided that nuclear weapons and economic development are a symbiotic project.”

But North Korea aims to achieve more than just economic development by creating such weapons. Indeed, Dr Habib says they are largely a measure of ensuring security for the regime.

“If you look at how they interpret their security, they think they’re surrounded by enemies, they think all those enemies are hostile and the only way that they can deter them is if they have a very strong military strategy.”

Dr Habib stresses that just because North Korea has these weapons doesn’t necessarily mean they’re going to use them. The state is not militarily ready for war, as although it has nuclear weapons, the rest of its forces are largely inadequate.

Thus he says North Korea’s nuclear weapons largely function as a means of propaganda both for convincing its own people and foreign nations of the regime’s strength.

There’s no doubt North Korea will continue to cause a stir worldwide with its obnoxious declaration of nuclear weapons. But whether or not they will actually use them, for now, remains one of the great unknowns.

To read more about life inside North Korea and their ongoing threat of nuclear warfare visit Dr Benjamin Habib’s blog.