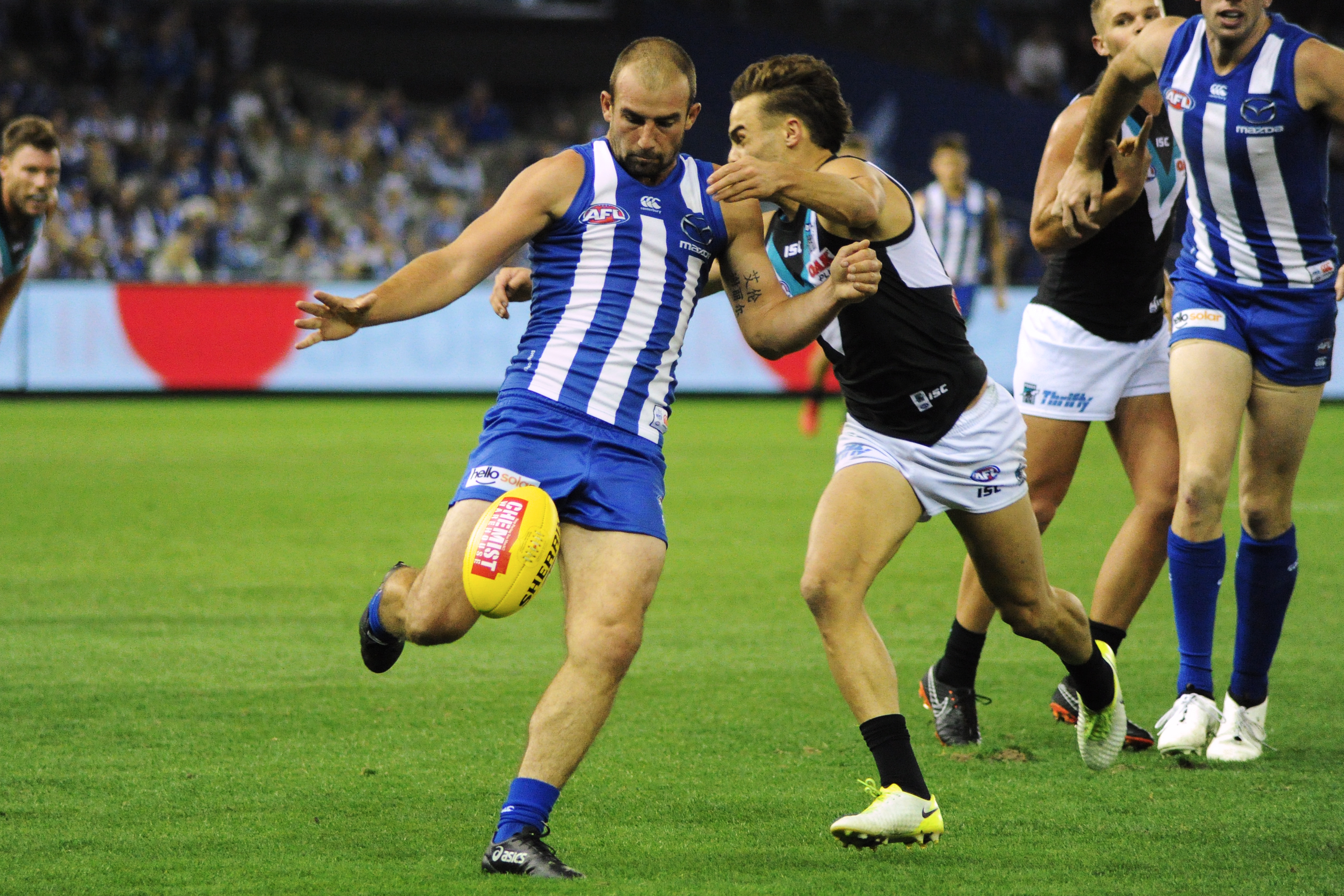 North Melbourne midfielder Ben Cunnington has made a successful return to football through the VFL.

Cunnington had 18 touches and three tackles on limited minutes, as his side lost to Sydney by 20 points yesterday.

Cunnington had taken time away from football due to his testicular cancer diagnosis in July last year. The two-time best and fairest is currently in remission, after going through nine weeks of chemotherapy when the disease returned for a second time.

Kangaroos coach Leigh Adams said the club was thinking of bringing the 227-game veteran straight back into the senior side, but wanted to ensure that Cunnington got through unscathed.

“At this time of year, it’s a great story for us and the motivation for the group and for the footy club,” Adams said.

“The last thing we’d want to do is he breaks down and he’s out for the rest of the year.”

After the match, Cunnington spoke openly about how brutal his experience had been over the past 12 months.

“Nothing you could ever expect, you think you’re prepared going into it but yeah, it was pretty tough times, not going to lie.”

“Just to, I suppose, survive the side effects that come with it. [They] were brutal as a lot of people know out there but, yeah, I suppose I made it, so feel stronger for it.”

While Cunnington might have had to dust off a few cobwebs in his return match, North Melbourne fans will be overjoyed to see the midfielder back healthy and playing football.

“I was a bit rusty early but as the game went on, I felt a bit better for it,” Cunnington said.

“So having this run was definitely the right option and I think I’ll be better for it.”

PHOTO: Ben Cunnington kicking away from Karl Amon by Flickerd available HERE and used under a Creative Commons licence. This photo has not been modified.