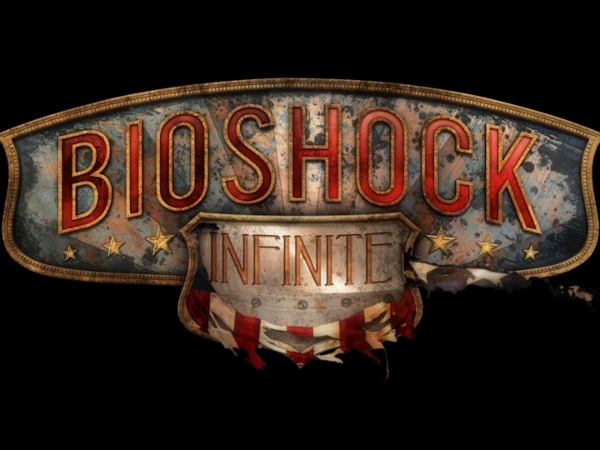 The original Bioshock title, released in 2007, has since earned the reputation as a watershed moment in videogames. It was at once an extremely engaging experience, a well-crafted critique of Randian objectivism, and a commentary on player’s role as a participant in videogames.

Upon its release, Bioshock received overwhelmingly positive reviews, helped legitimised the Xbox 360 as a platform (as a title exclusive to the console upon release), and launched a flotilla of intellectual video game bloggers.

As such, the recent release of its sequel, Bioshock Infinite was viewed by many as the last hurrah of high quality gaming on the current generation of consoles, with the Playstation 4 scheduled to launch by Christmas.

There can be no doubt that Infinite matches and exceeds the lofty expectations set by its predecessor. The game is an extraordinary demonstration of the creative potential of video games.

Columbia, the city in the sky that serves as the setting for most of the proceedings, is an out-and-out success. A combination of colour, architecture, music, and creative vision turn this early 20th century parable of American exceptionalism into an extremely vivid carousel ride.

The pinnacle achievement contained within Infinite is undoubtedly its narrative. The initial pitch to the player – “bring us the girl, wipe away the debt” – is a simple enough MacGuffin, but is soon engulfed by a larger, looping tale of multiple universes and fatalism.

The audacious complexity that creative directer Ken Levine has wrought throughout the game is all-too-rare within the medium, and drew instant comparisons to the works of film director/mindbender Christopher Nolan.

The Nolan comparisons are certainly apt: the director has long created difficult, complex, visually sumptuous films on a blockbuster budget. Similarly, Levine has turned out an ambitious, mind-boggling game on a gargantuan budget – a depressingly rare feat.

While Bioshock Infinite deserves to stand up as an astounding achievement, it also exists as a demonstration of the need for change in video games.

On the most basic level, the game is held back by the technology that it was built upon. Gorgeous though it may be, Columbia is a city largely experienced in narrow corridors and walled in squares. It’s populated by an alarming number of identical-looking citizens who seem limited to a single throwaway line and a glassy stare.

Hopefully, the exponential leap in processing power anticipated later this year will allow designers to render their creative vision with more convincing results.

The more significant issue with Bioshock Infinite is the fact that its underpinnings as a video game undermined the very story it sets out to tell. Whether due to commercial considerations—the surest way to currently sell many copies of a game is to fill it with shooting—or a reluctance to deviate from the combat that has so far defined the series, the game exists essentially a first-person shooter.

The vast majority of the twelve or so hours required to finish the game are spent shooting a variety of combatants in the face – an experience that is slightly jarring when placed alongside the poignant, thoughtful tale that Levine has tried to tell.

This isn’t to say that an intelligent videogame such as Bioshock shouldn’t contain violence, or shooting. But it’s hard to shake the sense that the underlying axiom of point-and-shoot was the only option on the table here, rather than the best suited of many alternatives.

Dated game mechanics and story beats make thorny appearances throughout the game. There are a series of teeth-gnashingly frustrating boss battles towards the conclusion of the experience, and a chaotic tower defence sequence serves as the closing set piece of the narrative.

These anachronisms – when combined with other standard game tropes like a conveniently recharging shield and the hundreds of enemies dispatched by a lone hero – do not stand out as particularly unusual, but rather create the impression of an experience that’s par for the course.

But therein lies the rub. Bioshock Infinite is a game packed full of breath-taking ambition. Ken Levine shot for the stars as he attempted to create a far more innovative and complex than anything we’ve seen in the past decade.

This ambition is notably absent from the nuts and bolts of the game.

Perhaps the greatest achievement of all is that Levine has managed to pack so much creativity into what is a largely standard first person shooter.

But the final product stands as proof that video games as a creative medium are in need of a paradigm shift. Hopefully, the coming years will feature a plethora of ambitious, large scale projects that don’t need to shoehorn their ideas into the tired genres that have carried games to this point.

But before the world moves on, Bioshock Infinite deserves its time in the sun. It’s an engrossing, thought-provoking experience that creates a level of meta-commentary rarely seen in the medium.

If this is to be the bookend that completes the current generation of video games (both in terms of technology and ideology), then it will stand as an outstanding one.