One in three Australians will need donated blood in their lifetime.

An estimated nine million Australians are currently eligible to give blood, but only 500,000 do so – roughly one in 30 people.

This has led the Red Cross Australia to reach out to those who have never donated before to attract an additional 115,000 new blood donors.

“Throughout the year there are certain times we see donor numbers drop off like public holidays and long weekends,” she tells upstart.

“There’s also seasonal factors like the colder months when cold and flu season prevents many of our regular donors from giving blood. These are the times we usually call for more people to donate.”

In the human body, there are roughly five litres of blood, all useful for donation. Blood is collected straight from the donor then it is usually separated into red blood cells, plasma and platelets.

“Nationally, we need around 25,000 donations every week to meet patient needs, and we need all blood types all the time. People may not realise there are different donation types for the different components of blood,” Lagoudakis says.

Blood is made up of four major components. Red blood cells transport oxygen around the body, while white blood cells are the cells of the immune system and defend the body against infections.

Platelets repair tissue and are important for blood clotting, and plasma, which is the liquid part of the blood, carries the blood cells and other substances around the body.

Still, many Australians have never donated blood in their lifetime. Lagoudakis believes there are many reasons for not donating.

“It’s hard to say why people are reluctant to donate – there’s many reasons. It could be a fear, it could be they think they won’t be able to and rule themselves out without checking with us. Some people think because they have a common blood type we don’t need it, which isn’t true at all,” she says.

“For others, it’s simply not something they’ve thought of, or something they’ll get around to ‘one day’, but it’s not until someone they know and love needs blood that they realise how important it is to give.”

Matthew is a a regular donor, frequenting Bundoora’s clinic every few months. He admits that at first he was unsure about donating, due to the process.

“I first got involved in blood donation in high school. They ran a program where we could sign up to donate, once we were of age. We went through all the questions to make sure we were able to, and then we went to the Bundoora centre to do it,” he tells upstart.

“I was scared, I mean I didn’t know much about the process at first. But that was my own fault for not researching beforehand. It was a good experience though, and way less scary than I thought. The nurses who took my blood were so nice, and did everything they could to ease all our fears.”

After his first donation, Matthew realised how much his donation could help those in need.

“It’s a good thing to do. I mean, you see all the time the statistics on how many people you know who will need blood, and it’s true. If it can help someone, and it’s only a small needle to do it then why not? It’s a small price to pay for a life,” he says. 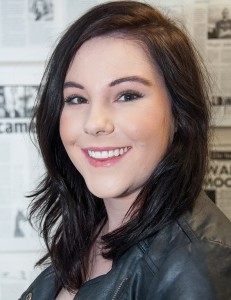