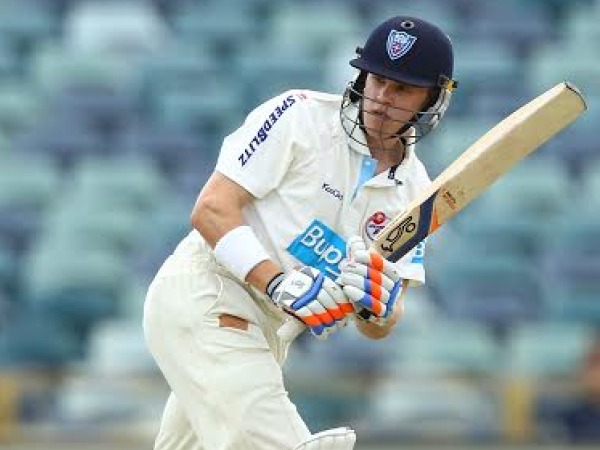 Reflecting on his junior career, the left-hander says the training opportunities available in the country are a far cry from what is on offer in the state’s capital.

“There weren’t many facilities around, just the synthetic nets at Vic Park,” says Henry.

“I learnt a lot of my skills from playing in the backyard at (the age of) four or five.  It was a way for me to have fun with my friends. I had an older brother who was pretty keen as well.”

“You just have to go about your business as a country kid.”

Henry, 25, is looking to cement a regular spot in a side with a long history of producing talent that makes it into the national team. Benefitting from a strong pre-season, Henry is well and truly ready for the domestic season which starts this Saturday with the One-Day Cup.

Recent trial games in Brisbane allowed Henry to spend plenty of time at the crease.

“I’ve had a really good two to three months leading up to the trial games. I was fortunate enough to get a few runs in the last game against Queensland… and if I can contribute at the top of the order [during the season], I think that will put the team in good stead,” he says.

Although strength and skills training is a large part of preparation, “at the end of the day, it all comes down to being nice and relaxed”.

“Our coach, Trevor Bayliss, puts everyone in that mindset.  They feel comfortable in their roles, and a lot of success has to come down to Trevor,” Henry says.

The one-day competition now runs over the course of three to four weeks, having changed from a summer long format last season.

Henry thinks this is a welcome innovation and will be beneficial for the future.

“It’s a step in the right direction, because a lot of international competitions are played in a similar format, and it’s great for the state players to replicate that.”

The Blues will open their one-day season account against the South Australia Redbacks on October 4 at Allan Border Field in Brisbane. Henry points out that the Redbacks’ bowling attack is perhaps the greatest threat.

“Chadd Sayers has taken 40 plus wickets for the past couple of years … Kane Richardson and Gary Putland are also quite successful in the one day format. Johaan Botha is a class bowler in all three formats.  If we can get on top of their bowlers early, we can capitalise on the back end of the innings.” 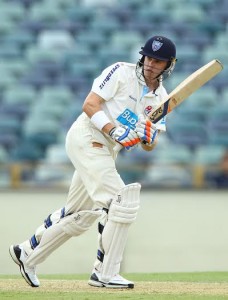 One of the most beneficial experiences for Henry was a trip to the United Kingdom in 2013 on the AIS Scholars program. The biggest obstacle Henry faces was overcoming the behaviour of the official Duke ball used in England.

“The Duke balls tend to swing for a longer period of time … you have to be more aware of different ways of dismissal. Bowled and LBW come into the game a lot more,” says Henry.

“I’ve worked hard on my game to combat that. As a life journey, it was great to live over there with five or six other guys from Australia, and it was a great learning curve for me internationally.”

The cricketer has not discounted the opportunity of playing county cricket, having had discussions with teammates about how it benefited their own game.

Henry was part of the Melbourne Stars Twenty20 Big Bash League side for the first two seasons of the competition. Being around the likes of then-captain Shane Warne, as well as David Hussey and Glenn Maxwell is pretty hard to forget, Henry says.

“My time [in Melbourne] was incredible. I was signed late [in season 2011/2012] after some one-day form. The six week period was great; Shane was captain at the time, and you had Glenn Maxwell, Dave Hussey and the like. I’ve learnt a fair bit about the format, but still haven’t mastered it.”

Plenty of success has gone the way of New South Wales recently, and there is no question why the Blues cannot do it again this year.

“We know that other teams will come hard at us, being Sheffield Shield winners and one-day finalists. I think we just need to continue to prove to ourselves we can keep dominating teams at [state] level.”

Whether Henry has done enough to be a significant part of that dominating side will be answered when the Blues open their season on Saturday.

Davis Harrigan is a third year Bachelor of Journalism (Sport) student at La Trobe University.  Follow him on Twitter: @Davis_Harr.