Melbourne is growing at a faster rate than any other capital city in Australia. 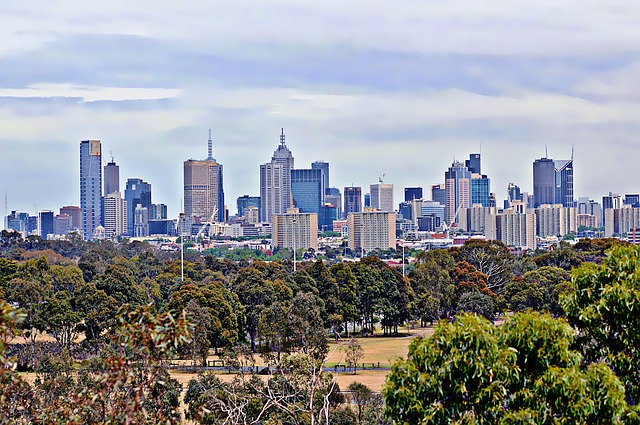 In the small town of Lancefield, 70 km north of Melbourne, a group of landowners have a fight on their hands.

Local resident, Sharon Groombridge is set to be one of those directly impacted by the council’s future overlay plans, with her property located right in front of earmarked land set to accommodate further growth.

Groombridge was shocked with the speed of urban development in semi-rural areas, lamenting the potential to impact the regions acclaimed rural environment

“One of the reasons I moved out here was the lack of infrastructure, I wanted to be removed from the hustle and bustle of urban life – I moved here for the peace and quiet and rural community feel,” she told upstart.

“Within 60 seconds of leaving my house I’m driving into rolling green hills, wineries, farmers markets, amazing produce and great little schools – and to think that this has is potentially going to be impacted is a big concern.”

Located approximately 60 km northwest of Melbourne, the Macedon Ranges shire is renowned for its semi-rural living, nestled amongst two of the states most picturesque landmarks, Mt Macedon and Hanging Rock.

But with Melbourne witnessing the countries strongest growth rates amongst all capital cities in 2016-17, the line between the cities urban fringes and rural regions is becoming increasingly blurred.

In a report released by the Australia Bureau of Statistics back in February, the suburb of Mickleham in Melbourne’s outer-north witnessed the fastest growth rate in Australia (35%) and five of the ten fastest growing areas in Australia were all located in Greater Melbourne.

An increasing population coupled with economic restructuring, housing affordability and infrastructure provisions, has resulted in a rapid rise in the states peri-urban landscape – incorporating the areas situated immediately beyond Melbourne’s outer suburbs.

According to the Peri Urban Group of Rural Councils, four of the top five fastest growing shires in Victoria were all located within Melbourne’s immediate surrounds, with Moorabool shire in the state’s north west expected to see a population growth of 47.7% to 2031.

Neighbouring Macedon Ranges shire can expect to see a population increase of 36.3% to the same date.

It’s led experts to argue for more dense and diverse development to be built within Melbourne’s urban regions, as well as established regional townships like Bendigo and Geelong, to cater for growth.

Professor of Environment and planning, Michael Buxton, told The Age back in 2015 that Victorians could soon wake up to find their rural landscape has been changed by sporadic and infrastructure-deprived developments.

“We don’t see subdivisions when we drive on highways, it’s hidden. But this pattern means that in 20 to 30 years we will wake up one day and see that our landscape has been irrevocably changed,” he said.

“Plan Melbourne tells us that we need to put population growth in regional Victoria, but you can’t just put people somewhere without appropriate housing and infrastructure.”

Back in Lancefield, Sharon Groombridge agrees. She points to a “churn and burn” system when it comes to large scale property developers who are intent on making house and land packages as inexpensive as possible, luring young families away from urban Melbourne.

“Sadly for me, the current lay of the land means it at attracts large scale property developers that produce land boxes with the goal of attracting young families,” she said.

“The state government has identified Kyneton and Gisborne (Macedon Ranges Shire) for growth and in doing that we recognise that there will be an increase in density and we need to make sure all the necessary infrastructure exists,” he told upstart.

“You can’t target towns for growth and then just sit back and think things are going to happen, it just doesn’t work like that.”

A number of once rural centers have been sucked into Melbourne’s sprawl over the past 50 years, including Sunbury in Melbourne’s north.

Designated as a satellite city in 1969 by the Hamar government, Sunbury has seen its population balloon out to over 40,000 , with a connection to Melbourne’s metro train system in 2009 as well as access to the Calder freeway and Melbourne airport all contributing.

Du Preez admitted however, that the perception around Sunbury isn’t always positive, noting community opinions that “another Sunbury” isn’t a viable option for future townships.

“We know the population in communities like Gisborne and Kyneton is going to increase – people don’t like change necessarily when we talk about the character of the town, so we investigate that and we try and incorporate this in our future planning,” he said.

Groombridge admits she has a fight on her hands to restrict development plans surrounding her property.

Whilst she knows it’s only a matter of time before Melbourne’s development sprawl consumes her area, she finds it hard to believe the high density lifestyle she left behind still finds a way to impact her 60 km north of the CBD.

“ I’m always wondering what the endgame is, If there is one – Maybe I need to keep moving further north!”