Investigations are underway after the remains of a woman were found at a popular surf spot. 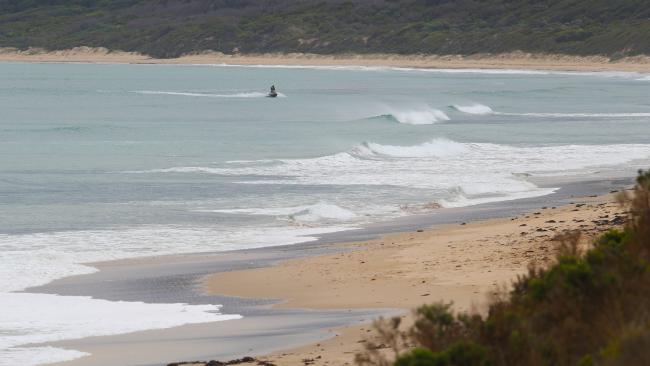 The human remains of an unknown person were found at a beach near Anglesea on Wednesday morning.

The body was spotted by a woman walking her dog along O’Donohue Beach in Point Roadknight, a back beach and popular surf spot.

The grim location of the washed-up body is raising plenty of speculation for authorities.

The waters at Point Roadknight are believed to be too rough for casual swimmers, with only a few walkers and surfers often using the location. 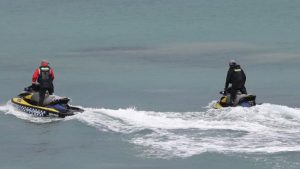 According to The Age, two-thirds of the properties surrounding the beach are often empty, while there are no shops other than a beach kiosk and yacht club that opens up in the warmer months, leaving it a very isolated destination.

A police spokesman told The Age it’s still too early to determine whether the remains belong to the 43-year-old who disappeared on the night of the AFL Grand Final.

“Police are currently responding to reports of suspected human remains located on the coast near Anglesea,” police said.

“The remains will need to be examined by a pathologist to establish the identity of the person and cause of death.”

Friends of Elisa Curry, Clare from Collingwood and Renee from Tasmania, revealed to news.com.au the shock and distress they felt in the wake of the news.

“Everyone walking around the town has been fearing the worst.

“It’s such a beautiful part of the world here; I just hope there can be some closure that comes for the poor family.”

It is believed the Melbourne mother’s phone was last active at around 10:30pm on the night she disappeared.

Victoria Police have been calling on on the public to come forward with any information regarding the disappearance of Elisa Curry.

Police will set up an information caravan regarding the search for missing Surrey Hills woman, Elisa Curry → https://t.co/D1A55Ay0f7 pic.twitter.com/u8j3Tx92YL