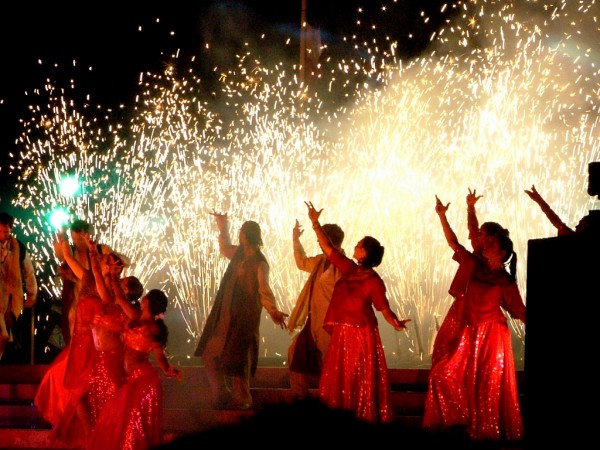 While the Melbourne International Film Festival (MIFF) may have wound down for the year, one of its less high profile siblings has stepped out from beneath its shadow to coax winter-worn cinema goers back out into the cold.

The Indian Film Festival of Melbourne 2015 (IFFM) arrived without the same level of fanfare as MIFF2015, but its vibrant display of sights and sounds can be held in similar esteem.

The two-week festival, which closes today, featured an eclectic mix of both contemporary and classic Indian cinema.

The films displayed reflective, thought-provoking accounts of Indian life in its myriad of forms, a contrast to the usual array of Bollywood spectaculars.

The festival also hosted a range of events, with various Q&As and masterclasses welcoming a number of prominent Indian screen figures.

“For local audiences and film-makers, one of the most exciting aspects of the Indian Film Festival of Melbourne is the opportunity to rub shoulders with, and to learn directly from, some of India’s biggest stars,” he says.

“In fact, [they are] some of the globe’s biggest stars when we take into scale the size of the Indian screen and design industries.”

The festival owes much of its success to its multi-faceted appeal, which enjoys not only a local domestic following, but also a growing global notoriety.

“[IFFM has gone] from strength to strength as it has the wide support of not just the wider Indian community, but the international [community],” Foley says.

The festival is a testament to Melbourne’s vibrant Indian community, that numbers hundreds of thousands in Victoria alone.

Building cultural links with the communities of the sub-continent is an important function of IFFM, something La Trobe University has been instrumental with as an ongoing sponsor of the event. 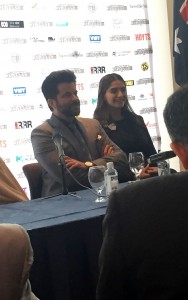 In spite of its glitzy aesthetic, it’s evident that the festival directors have a clear understanding of the event’s social responsibilities.

The theme for this year’s festival was equality.

The program has been assembled with a cinematic focus on difference, in a way that resonates with it’s global audience.

Member of the Khan Bollywood dynasty, Imran Khan, tells upstart that he is amazed how many non-Indian people watch the films.

“Its a little strange and it’s a very humbling feeling the idea that we’re making stories that can speak across cultures, across language barriers, that people still find our films interesting,” he says.

Foley believes IFFM is highlighting the value of diversity.

“[It’s doing so] through the mediums of comedy, drama, documentary, short films and special events and India’s rich history, and celebration of difference [is something] that the world can particularly learn from,” he says.

“The festival puts [on] the kinds of films, which when you see them have gender equality, sexual equality, all kinds of women-centric films,” she says.

While India may be a heterogeneous nation made up of a vast array of cultures, people and places, it is nonetheless a place where many marginal groups still struggle for recognition, particularly women.

Bollywood actress, Ranaut, says India still has a long way to go to achieve gender equality, but she doesn’t want her on-screen characters to have a specific political agenda.

“I really don’t have a grasp set in my mind, because I am a modern Indian woman. I think I just have to be myself. I don’t want to live up to anyone’s expectations,” she says.

“I think you see more and more in India today, the whole concept of boys being engineers and girls being confined to the house is slowly changing. Slowly, very, very slowly, but it’s still changing,” he says.

“I think Ranout and other actresses [are] giving us the independence and freedom to think out of the box, where normally [we] wouldn’t have the freedom to think about a woman-based subject because the studios would not back it or because the producers would say you can’t get enough money to make it.”

For Advani, the inspiration for these subjects is obvious.

“You have to look at Indian women today, wherever they are. Whether they’re in Australia, Melbourne, Canada, whether they’re in India, they are now aggressively fighting for what they believe is their right and they’re showing us the way,” he says.

“The stories are within them.”