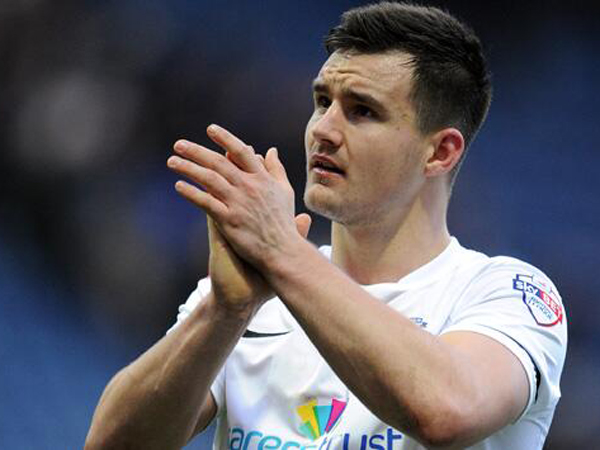 Gone was the majority of Australia’s ‘Golden Generation’ of 2006. Banished were those named in previous squads on reputation alone.

Taking their ticket to Brazil would instead be a bunch of exciting, raw and talented youngsters, hungry for the next step in their careers and readying themselves to create the new ‘Golden Age’ of Australian football.

Of the 30 named in Postecoglou’s preliminary squad, 19 are 25 years of age or under and 19 have less than 10 caps to their name. Two are completely uncapped.

And it’s those two, Bailey Wright and Ben Halloran, who have gathered the most interest and intrigue following their call-ups.

Unlike Halloran, the 21-year-old defender had never received a call-up at senior international level, let alone handed a debut. This was despite a fantastic season at English League One side Preston North End.

Making 55 appearances for Preston during a campaign in which the Lancashire-based side made the playoff semi-finals, Wright showed maturity beyond his years and impressed fans at Deepdale.

“Its hard to believe he is only 21 as he plays with such an experienced style,” Phil Marsh, a Preston North End season-ticket holder, tells upstart.

“He is rarely beaten in a challenge – on the ground, in the air, head, legs whatever – the amount of knocks he takes through the course of a season is evidence of his never give up attitude.

“He will run his socks off for the team and his passion and commitment is often evident through his body language on the pitch.”

A natural leader, Wright was even made captain at Preston North End on two occasions throughout the season in the absence of the club’s usual skipper, John Welsh.

In Marsh’s view, the 21-year-old is “without doubt” a future captain on a permanent basis if he remains at Preston.

His place in Postecoglou’s squad appears secure. Still needing to make the final cut of 23 players going to the World Cup, Wright has the ability to fill gaps in Australia’s troublesome position at left-back in Brazil.

“He has played at full-back for Preston in the past but he is a much more settled player at centre-back,” Marsh says.

“Through bad luck and injury we were short in the full-back positions last season and, while he put in a good shift in every game, his strengths are certainly in the middle.

“That said he will give it a go no matter where if an international opportunity is offered.”

Conversely, Halloran’s job in making the final 23 will be a little more difficult.

In his position on the left wing, the 21-year-old has Tommy Oar and Oliver Bozanic to battle with for a place in the squad. But an impressive campaign in the German second division, playing for Fortuna Dusseldorf, holds the youngster in good stead.

“More first-team football has helped Halloran greatly,” Adam Delicate, a German football writer at TIBS News, tells upstart. “The experience of playing in a different country and all the challenges that brings will have improved him mentally as well.

“Halloran and Fortuna had an inconsistent start to the season but Halloran’s performances really started to get stronger and his form matched his club’s seven-game unbeaten run towards the end of the season.

“He scored in in five of those games, as well as providing a couple of assists.”

Ben Halloran has signed with Fortuna Düsseldorf until 2016. pic.twitter.com/eKOIH0OVLA — TBG (@tbgaustralia) May 23, 2013

A right-footed winger, pace and the ability to cut inboard onto his preferred side makes Halloran a difficult proposition for defenders.

Refining the strengths in his game playing in an expressive German league, Halloran has benefited greatly since a $400,000 move from Brisbane and could provide Postecoglou with a dangerous option from the bench.

“Socceroos fans can expect him to be brave and to take players on to try and get a shot away,” Delicate continues.

“If he does get on the plane to Brazil the experience of being part of a major international tournament will benefit him so much and I’m sure he will be a great asset to Australia in the years to come.”

But it’s not just Wright and Halloran who will benefit from the experience of going to the World Cup this June.

Each member of the fresh and inexperienced squad will grow, along with a manager who, himself, is still young and learning on the job.

While the results in Brazil are expected to be undesirable, patience and perseverance with the likes of Wright, Halloran and the other members of the squad will ultimately reap long-term rewards.