The blast also injured a further 25. 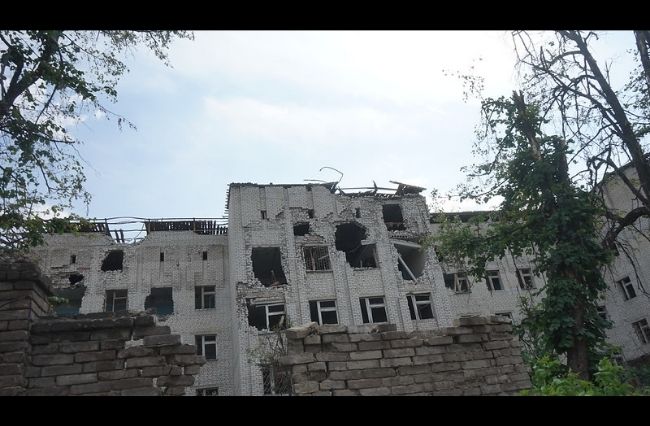 The attack, which took place near the city of Kharkiv, occurred early on Thursday morning also injured 25 people, with rockets bombarding the region and destroying a school and a community centre.

Russia has been continually targeting the highly populated regions in Ukraine since the invasion began on February 24.

The city of Kharkiv has suffered bombings on 13 separate days, claiming approximately 500 civilian deaths as rescue workers continue to search the wreckages.

“Kharkiv is not yet completely destroyed, but we hear constant shelling, constant bombing,” Natalka Zubar told The New York Times.

Elsewhere, the besieged city of Mariupol faced an air raid of a theatre being used as a bomb shelter.

The theatre held 1,300 people when the bombing occurred and so far officials have been able to rescue only 130. It is unknown how many injuries or casualties have occurred.

Approximately 30,000 people have decided to flee Mariupol. The city came under besiegement earlier this month by Russia and has since suffered major air strikes. Residential areas have been destroyed and the risk of death has risen for Ukrainian civilians.

Photo: Ukraine by Slavyansk available HERE and used under a Creative Commons license. The photo has not been modified.