With the Boomers 5-0 through the group stages of the World Cup, this is their best chance yet at securing their first medal. 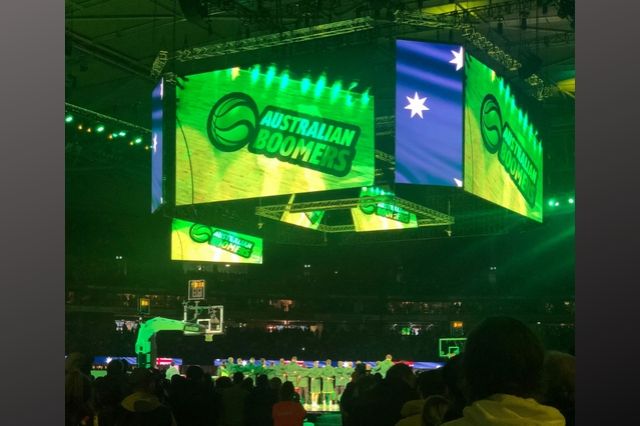 The Australian men’s national basketball team have never managed to secure a medal at the FIBA World Cup or the Olympics. However, the current Boomers’ roster has been talked up as being the best squad of players we have ever seen together in one team, despite NBA superstar Ben Simmons not being available. The squad at the FIBA World Cup in China is arguably Australia’s deepest roster yet in terms of talent, and after progressing through what was deemed the ‘group of death’, the Boomers are currently unbeaten in China.

While Australian basketball has always been of a reasonable level, the men’s team has often only had one or two NBA players. This has meant they have lacked depth on the world stage against countries like the USA and the European powerhouses such as Spain, France and Lithuania etc. These countries have generally had a greater amount of depth traditionally, through more of their players playing at a higher level in both the Euroleague and the NBA.

In the past the Euroleague has been believed to be stronger than Australia’s premier league the National Basketball League (NBL). However, with more than half of the current squad having NBA experience, and with the rapid growth of the NBL, it is the Boomers’ greatest opportunity yet to experience World Cup glory.

Boomers Head Coach Andrej Lemanis admitted it probably is the best team the Boomers have had on paper in terms of NBA talent, but also noted that he doesn’t want to compare this team to previous Boomers rosters.

However, said, “if you base it on players with NBA championship rings and guys playing quality minutes in the NBA, it’s perhaps the best team we’ve ever had.”

Lemanis was widely criticised for his decision not to pick the likes of NBA experienced duo Mitch Creek and Deng Adel, instead going for more NBL talent, in an attempt to have a more functional team on the court.

“The depth of Australian basketball also means that these guys are extremely skilled, and often it simply comes down to team balance,” he said.

Creek has since been a late addition into the team following an injury to Xavier Cooks.

At the time of selection, Lemanis believed the coaching staff had selected a team that was going to play with a great amount of chemistry on the court and stressed that they had avoided just picking an “all-star” team with the best available talent.

“It’s not an all-star team it’s how you put the skillsets together,” he said.

The Boomers embarked on a four-day camp with the squad of 18 players at the Melbourne Sports and Aquatic Centre before leaving for China. The squad was then cut down to the final team of twelve players that competed against Canada and USA in the warmup games here in Australia.

Jock Landale was one of those eighteen players that was selected in the final roster of twelve. For Landale like many others, it was his first time representing the green and gold on the world stage.

Before the tournament Lemanis admitted how exciting it was to see players such as Landale get their first taste of World Cup basketball.

“There are a number of guys getting their first experience of a World Cup, which is exciting for them and for us as a team,” he said.

However, on the flip side Lemanis was full of emotion when explaining what it’s been like having to tell players they weren’t going to be selected in the final team.

“The hardest part about being a coach is sitting down with a player that’s just given everything they’ve got and bleeds green and gold, and you have to tell them, I’m sorry but you’ve missed selection for the team,” he said.

Melbourne United star Mitch McCarron was one of those players that missed out on being selected in the final squad of twelve. He spoke to the ‘On The Pine Podcast’  and said it was an extremely competitive four days, and any of the eighteen in the squad were good enough to make the final team.

“Even though I didn’t make the cut, I’m not sitting here all bitter about it, I actually take a lot of confidence from that experience,” he said.

“It was special being part of the first squad for a major tournament.”

McCarron was among many players that Andrej Lemanis praised for participating in the World Cup qualifiers, which he described as part of the “heavy lifting” to get the squad to the World Cup in China.

“As a team, we would also like to acknowledge the ‘heavy lifting’ of all those who participated in the World Cup Qualification stage – their hard work and commitment to the program allows us to have this opportunity to compete in the World Cup – for which we are all grateful,” he said.

The Boomers fell agonisingly short of a medal at the Rio Olympics in 2016 finishing fourth, and Lemanis believes there is “unfinished business” within this group of players as many were part of the 2016 Rio Olympic squad.

“They want to go and do something special, there’s certainly unfinished business from Rio, we haven’t medaled yet at an international event,” he said.

The 2019 FIBA World Cup began on Saturday August 31 in China. The Boomers are through to the quarter-finals, where they will take on the Czech Republic after winning their first five matches against Canada, Senegal, Lithuania, the Dominican Republic and France.

Liam Melrose is a third-year Bachelor of Media and Communications (Sports Journalism) student at La Trobe University. You can follow him on Twitter @liammelrose15