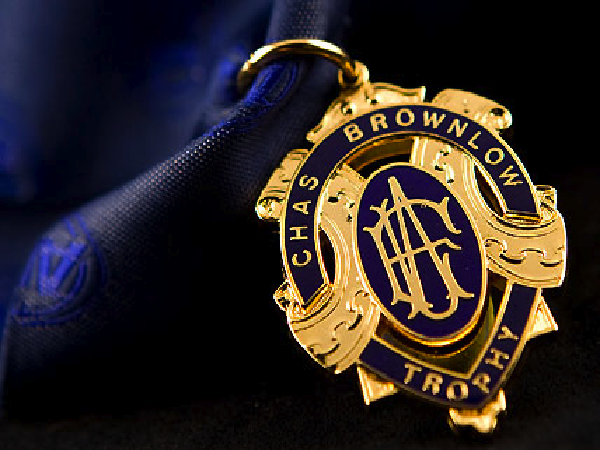 It’s that time of the year again. Players are dusting off their suits and punters are sharpening their pencils as the AFL world shifts its focus to the 2014 Brownlow Medal.

This year promises to be one of the most even counts in recent years, with only a handful of votes likely to separate the top five.

Here is a look at the players who will be there, or thereabouts, come the count.

This year’s count looks to be a flip of the coin between Joel Selwood and Gary Ablett. The Geelong captain started like a bullet train and should be in double figures after the first month, but a mid-season slump could make it hard to catch Ablett. He finished strongly though, and it could come down to the last game with Selwood needing votes against Brisbane to secure the medal. The tough on-baller is a proven vote getter averaging 19 in his last six seasons, including 27 last year, when he finished second.

Despite missing the last seven games of the season, Gary Ablett is still a strong chance to finish with the most votes. Ablett averaged 32 possessions and six tackles per game and will poll strongly and consistently right up until his injury in round 16. Before this injury he was looking a run away winner and could have posted a record tally. It will be a tense finish, with Ablett trying to hang on to the lead with a fast finishing Selwood, igniting the possibility of duel winners.

Gazza made it 8 straight All-Aust teams last night. But who was stiff to miss? VOTE HERE – https://t.co/wUDlLJRPUh pic.twitter.com/JreIVn34Eg

Sydney’s contested possession king, Josh Kennedy, has polled well before, with 19 in 2012, and should cap off a solid year with a top five finish. Kennedy’s strength this year is his consistency and could poll votes in up to 12 games. Averaging 28 possessions and five tackles Kennedy is often at the bottom of the packs right in front of the umpires. He is not a goal kicker, with only 12 this year, and he missed the last two games of the year with a hamstring injury, which could cost him vital votes.

Fremantle young gun Nat Fyfe is ineligible this year but as the AFL Players Association’s Most Valuable Player, he is still a chance to pick up the most votes. He will come home strong and is a candidate for most votes in the last 10 rounds and could challenge for the top five despite missing four games through suspension.

Another player who will come home strongly is Port Adelaide’s Robbie Gray. Gray established himself as top shelf midfielder this season averaging 25 possessions while still managing to kick 35 goals, the second most of any midfielder behind Gary Ablett. He could poll in every game for the last month of the season and make a late charge for the accolade. Gray started the season at very long odds and a top five finish would cement him as one to watch in future years.

Best of the Rest

The Brownlow Medal has become a midfielder’s award in recent decades, but if there’s one man capable of changing the status quo, it’s Franklin. Buddy kicked 67 goals to win the Coleman medal in 2014 and this should see him get at around four best on grounds. He kicked 4 or 5 goals seven times this season which will probably see him sit just behind Sydney’s midfielders in the polling order, but he’s a high profile player and could shape as a real bolter come Brownlow night.

West Coast on-baller Matt Priddis, as always, has had a consistent season and should pick up votes in most of West Coast’s wins, but unfortunately for him, they probably didn’t win enough games for him to be a real contender. The ball winner collected the most disposals in the AFL this year and ranked third for tackles. Always under the umpires nose, Priddis has polled double figures three times in his career and should poll well again.

Lewis finished the season on fire and should pick up most of his votes in the last six rounds. The tough nut collected 25 touches or more 15 times throughout the season, and is not without a chance of a top five finish. With ball magnet Sam Mitchell missing a significant part of the season through injury and Luke Hodge spending more time down back, Lewis thrived as Hawthorn’s main man in the midfield and should reach double figures for the first time in his career.

The Collingwood captain has had another good year but his team’s poor second half of the season will make it difficult for him to challenge the top five this year. The silky on-baller has collected over 20 votes in three of the last four counts and will be around the mark again, but will most likely fall short of the top five this year.

Port Adelaide’s inspirational skipper has had another fantastic season, collecting 25 possessions or more on 12 occasions as well as ranking seventh in the competition for inside 50s per game. Boak has four best on ground opportunities, which could see him beat his previous best vote tally of 16 in 2010.

Melbourne’s CBD gets a ‘no-fly zone’ from Victoria Police

Media granted access to get footage only after seeking permission.

She is the 25th captain in the team's history.