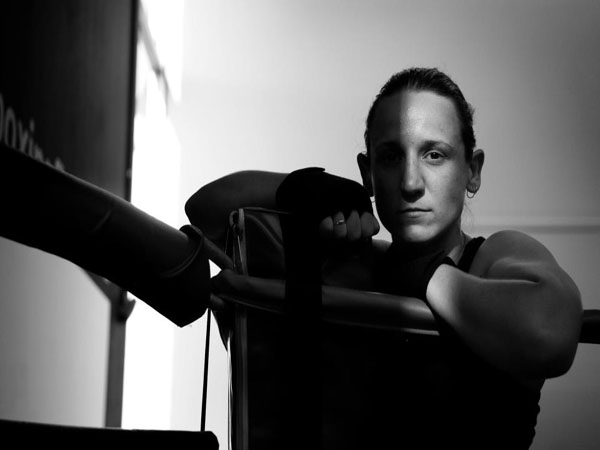 Boxing is without doubt one of the most controversial sports in the world, and women in boxing, it seems, is even more controversial. The history of women’s boxing highlights the struggles that they have faced to play the sport professionally.

Only in the last 25 years has it come into the spotlight and become accepted within the sporting realm.

However, female fighters still face many prejudices in the male-dominated sport.

Women’s super-feather weight world champion Australian Diana Prazak, says she is constantly subjected to criticism that women should not be fighting and that boxing is a man’s sport.

“Women face many prejudices. We’re told that we look like men because we are conditioned and in shape, and that no one is interested in seeing women in the ring. It’s terrible,” Prazak says.

Growing up in Altona, in Melbourne’s west, 34-year-old Prazak first started boxing in her late 20s because she was overweight. In the years since, Prazak has risen up the ranks to become one of Australia’s most successful fighters.

“To the very best of my knowledge I am the only Australian fighter that has won both their world titles from taking on the world ranked number one and current champion, and to win with my stoppage.

“I am also the only Australian female boxer to go to the champion’s country, fight for a legitimate world title and win by a knock out.”

Since making her debut as an amateur fighter in 2010, Prazak has competed in six fights for six wins, with four stoppages.

As a professional fighter she’s had 14 fights for 12 wins, with eight knock outs. Her only two losses came from fighting outside of her weight division.

Recently, Prazak knocked out former world champion Frida Wallberg to claim the WBC super-featherweight belt. Although Prazak was named the Women Boxing Archive Network’s fighter of the month in July, after defeating Wallberg, the match is not one of her fondest memories.

Prazak’s knock out put Wallberg into a coma, after she suffered a cerebral hemorrhage. Wallberg has since awoken from her coma, but will never be able to fight again.

Prazak acknowledges boxing is dangerous, but says she is aware of the risks she takes.

“We hit and get hit. But life is also dangerous. Sports are dangerous. Watch a game of AFL footy and see the injuries and clashes that occur. When a motor racer crashes, that’s also dangerous,” she says.

As a professional fighter Prazak left her family, including her boyfriend of 20 years, and her business, to move to Los Angeles because she wanted to “train with the world’s best to become the best”.

Prazak’s coach Lucia Rijker, a former boxing world champion who was once dubbed the ‘most dangerous woman in the world’, says Prazak is very determined, hard working and focused.

Despite winning her most recent WBC world title and being ranked world number one, Prazak doesn’t have a sponsor like many of her male counterparts, which partly explains why she isn’t celebrated as much in Australia.

“Major TV networks and newspapers in Australia have told me they’re not interested in reporting on my successes because I am a woman. This makes me feel miserable,” says Prazak.

The driven and tenacious fighter says Australia should be doing more to support women in boxing.

“Even though at the moment we as women do not receive the recognition from our country that I believe we rightly so deserve, if I can help pave the way for the future generation of fighters it will all be so worth it.”

However, Prazak says women’s boxing is currently in an incredible position compared to what it used to be.

“We have so many champions and female fighters showing the world what they’re capable of.

“Boxing has done so much for me. It saved my life. I was an overweight, two pack a day smoker. Now I’m a fit and healthy athlete. I get a lot of fan mail from young girls to overweight people, telling me they are inspired by what I have achieved.

“When I read or hear these messages, it helps me to keep going, to keep pushing – to become the greatest.”