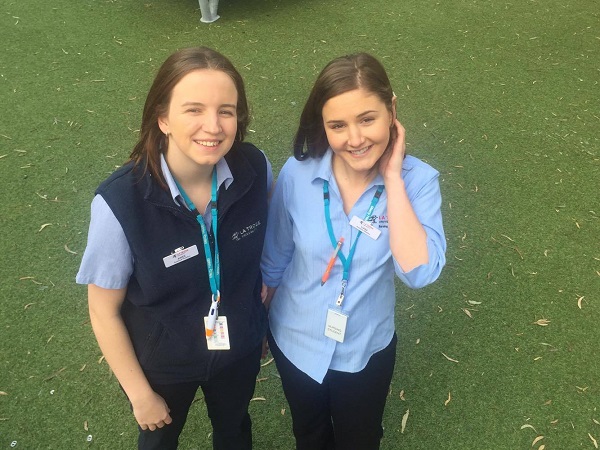 When they graduate, nursing and midwifery students Aimee Young and Liana Valentini will have completed more than a year’s worth of unpaid, full-time work.

The La Trobe University students are just two of the 20,000 currently studying a nursing or midwifery degree, all while undertaking unpaid placements.

“Without the financial support of my dad, I wouldn’t be able to study,” Valentini tells upstart.

“I don’t receive any government benefits so I have to work in the few hours I have off from placement,” she says. “It’s draining.”

Nursing students work in blocks ranging from three to seven weeks per semester, starting at 7am and sometimes working late until 10pm.

“Not only do we not get paid, we have to pay for parking at the hospital, and with the hours I have to take off work, it costs me more than 300 dollars per week,” Valentini says.

“Student nurses should at least be compensated, we’re working full time hours and undertaking almost the same (duties) a nurse would but for no pay – it’s hard.”

In addition to their placement work during the week, students often work weekends in casual jobs so they can afford food and rent.

Second-year student Aimee Young is in the same boat, often left with little money to eat once she has paid her rent.

“I basically lived on cup-a-soup for a whole month on placement because it was all I could afford,” she tells upstart.

The 20-year-old was losing money whilst on placement because she wasn’t available to work her other job.

“I couldn’t get any shifts at work and ended up having to change jobs because I was so unavailable due to placement,” she says.

“There are people in our course who have had to go part time or defer their studies because they can’t afford it anymore.”

Hayley Chandler, a second-year nursing student from the University of Wollongong, started an online petition in March this year in an attempt to get some financial support for student healthcare workers.

“I made the petition in March because of the financial pressure of the month long placement we were on,” she tells upstart.

“I was under a lot of financial strain.”

The petition has received more than 25,000 signatures; more than she had anticipated.

“I thought I’d only get 50 signatures and that would be the end of it,” Chandler says. “I can’t believe how much traction it’s got.”

She submitted her petition to the New South Wales state government but decided to go further when they didn’t act.

“The state government just acknowledged the issue and did nothing more about it, so I went higher to the federal government.”

The federal government will now look into including the proposed change into higher education reforms in 2017.

“It’s an issue so many people are dealing with but no one had made the push yet so I got it out there,” Chandler says. “My drive and my passion for it really pushed it forward.”

“It has nothing to do with what the university thinks, it’s down to how hospitals distribute the funding they receive,” she tells upstart.

However, Dr Newton says it’s possible there is more the university could be doing to assist students in the lead up to extended blocks of placement.

“Compensating students for a loss of earnings is definitely a solution worth looking at, but in the end it’s a federal government issue and would need to be applied to all health professions.”

Dr Newton says there are further steps that need to be taken to ensure the viability of the industry.

“We need to make study for these professions sustainable as we will be facing a shortage in the coming years,” she says.

“Cost is certainly something will impact future students decision to study.

“Our main focus is that the students are learning and aren’t treated as another member of the workforce.”

La Trobe, along with Monash University and Deakin University, are part of a proposed pilot program that would employ nursing students as health assistants in addition to their existing placements.