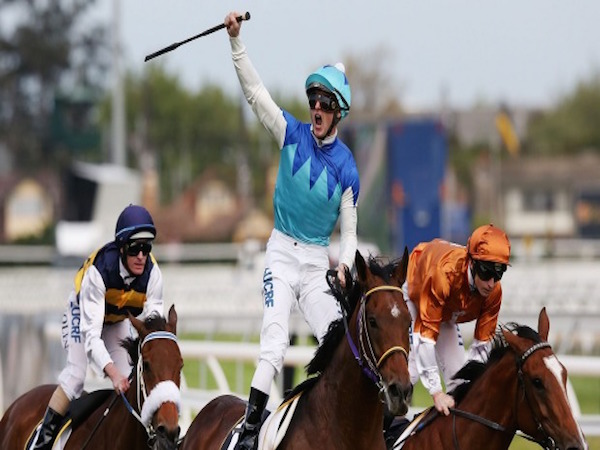 The Caulfield Cup is a crucial race on the Australian racing calendar.

It often separates the contenders from the pretenders, and the champions from the stars. It’s the most traditional lead up to Australia’s most famous race, the Melbourne Cup.

This year, there are several horses worthy of taking home the trophy.

This Kiwi will be the horse to watch.

He’s had three runs in preparation, and has impeccable statistics at the mile-and-a-half distance that he’ll face on Saturday.

His slashing third-placing behind Cox Plate favourite, Criterion, last week, displayed that he’s in the Cup to win. He’s also got a clear fitness edge on the majority of the other raiders he’ll face this weekend.

The last time Mongolian Khan ran over the 2400m was when he won the ATC Derby in brilliant style. All indications are that he has improved since then. Prior to that, he won the New Zealand Derby.

His spring coat has come through beautifully and his chances are looking good this week.

You can see his NZ Derby win here.

This Kiwi-bred mare has had three runs and is ready to run a very strong race.

She was successful last time she ran this distance at the ATC Oaks, and is flying under the radar for a young mare with such ability.

She is bursting for a run at the line, so don’t be surprised to see her motoring down the outside on Saturday.

You can see her run at the ATC Oaks here.

Rising Romance has the ability to be ridden in any part of the field, but is at her best when she can sit behind the leaders and come over the top of them. With barrier two, she will have the perfect opportunity to do so.

She was formerly trained in New Zealand, and could compete a Kiwi trifecta in this year’s race.

You can see her second place race in last year’s Cup here.

Every one of these raiders is vying predominantly for the Melbourne Cup, but don’t rule them out of the Caulfield Cup.

The best of these horses are Japanese contenders, Fame Game and Hokko Brave, as well as English gallopers, Snow Sky and Trip to Paris.

The English have drawn the best barriers, but the Japanese are certainly classy enough to figure here.

While they might not come out firing this week, many will be backing them on the first Tuesday of November.

You can see Fame Game and Hokko Brave in the Tenno Sho here.

Mongolian Khan is the horse to beat this year, as he’s had a perfect lead up to the race and is proven at the distance.

Gust of Wind is due for some luck, and has drawn a decent barrier. She represents the best value in the race.

Rising Romance should get every chance to go one better than last year, and she is clearly on track.

Set Square is another young mare on the rise who can run home strongly.