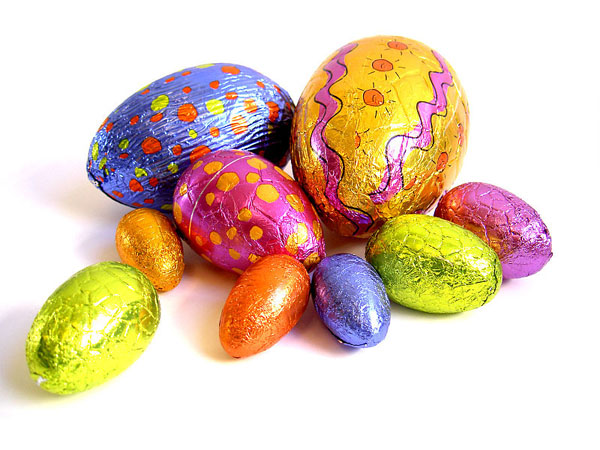 Whether you celebrate Easter because of religion, tradition or for time with the family, chocolate has always played a sweet role in the Easter weekend. But with a rise in food allergies and veganism, Easter for many families has become much more difficult.

Australia has one of the highest food allergy prevalence rates in the world. According to the New South Wales Food Authority, around 1 in 20 children and 1 in 100 adults experience allergies to food.

Angela Green is a mother who deals with this issue first hand everyday.

“My son and husband both have diagnosed allergies but we suspect our youngest son does too.”said Green.

While allergies affect many Australians, food intolerance rates are even higher, affecting up to 25 per cent of the population. Lactose, found in most dairy products, including milk and chocolate, is the most common one.

Additionally, if we include a growing vegan population of over two-hundred thousand people, it stands to question: Why is there a lack of dairy free Easter products?

From a vegan perspective, it’s not just the health and well-being of humans that isn’t being catered for, but that of bobby calves too. Bobby calves are born and then slaughtered at five days old, purely so the mother cow will produce milk. 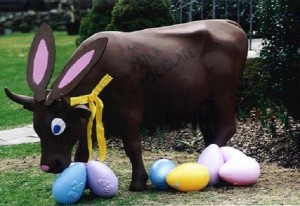 Whether you avoid dairy for your own health, or for the safety of animals, Easter still creates widespread demand for dairy alternatives.

But it’s not just dairy products causing upset, diagnostic rates of Coeliac Disease are also increasing, meaning many Australians are also culling gluten from their diets too.

The US and UK are also experiencing high rates of food allergies. A lack of knowledge on ways to either prevent food allergy developing or protect those who are already allergic has prompted the University of Manchester to undertake the worlds biggest study into the issue.

Green is all too familiar with the challenges that allergies pose, especially living in a rural area.

“We celebrate Easter with a lot less chocolate. We are also soy free so we are extremely limited in what is available that is dairy, soy, colour, additive and preservative free. So far this year I have found one bunny at the organic store which is over an hour away.”said Green.

While there are some health food brands that cater for special diets, they are often expensive and many of the websites offering these products have already sold out of Easter stock. To make matters worse, we conducted an experiment to compare the taste of vegan verse non-vegan chocolate, and the results (from a chocolate lover’s perspective) weren’t pretty.

It seems the price gap is just as big as the one in flavour, Green says: “Price differences are astronomical! The one bunny I found in all the supermarkets is from an expensive chocolate maker and is 10 dollars compared to the regular bunnies that you can get for two to three dollars.”

If chocolate is a must for your Easter, there are ways of coping. A good idea is to buy blocks of health food chocolate and a few moulds, and make your own eggs rather than buying them.

While it requires more effort, the savings are worth it. A block of Lindt 70% dark chocolate (vegan friendly) costs under four dollars for 100 grams. However, the exact same chocolate in the shape of an egg will set you back 8 dollars. In every scenario, buying the chocolate as a block rather than as a premade Easter item was much cheaper.

There is currently no cure for food allergies or intolerances, so the best way to avoid feeling sick or ending up in hospital is to avoid the food altogether.

If all else fails, you can always change the way you celebrate Easter. Green says: “My number one tip is to take the focus away from chocolate. Since limiting our foods, we now decorate the house for Easter, the kids make all sorts of crafts and we have fun in other areas.”

Tahlia McPherson is a third year Bachelor of Journalism student at La Trobe University and is one of upstart’s staff writers. You can follow her on Twitter: @TahliaMcPherson.

With #foodallergies and #veganism rising, @TahliaMcPherson looks at how to survive #Easter

.@TahliaMcPherson investigates the price and availability of #dairyfree chocolate for #Easter