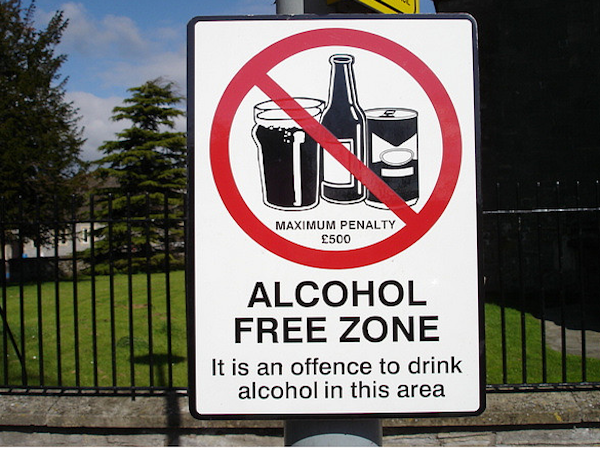 “You don’t need alcohol to have fun.”

How many times have we heard this statement? Yet still two, three, four times a week teens and young adults are binge drinking all in the name of ‘fun’.

According to the Department of Health Victoria, alcohol is responsible for more teen deaths than any other drug, yet it still remains the most socially acceptable substance. We know this, but we continue to down a goon sack in one sitting without considering its destructive consequences.

It seems that generation Y doesn’t know how to have fun while sober.

However, a non-profit group in Chicago is attempting to make sobriety the new sloshed, by launching a substance-free club. The Other Side offers everything you can find at your standard watering hole; TVs, pool tables, live music, DJs and dancing. There’s just one difference – the strongest beverage you can purchase is an energy drink.

Ex-substance abuser Chris Reed is a member of the addiction recovery group New Directions and a founder of the bar. He believes one of the main attractions of drinking and drugs is their social context. The Other Side aims to address the lacking social spaces for the young sober community by giving these people a place to go, free of temptation.

Its goals are to unite and provide a fun and social environment for those within the community living substance free lifestyles. It also hopes to change the negative stigma associated with sober living. You don’t need to be a recovering addict to go because it’s aimed at anybody who’s up for a sober night out. Whether that be people who just don’t feel like drinking or those taking the first step towards a life of sobriety.

This is no puerile all ages club and definitely not an AA meeting. It’s simply a place to hang out, free of alcohol.

Imagine a night on the town without being harassed by sleazy intoxicated men (or overly flirtatious girls), a vomit free bathroom, actually remembering 90 per cent of the conversations you had and not waking up embarrassed, questioning what on earth happened last night.

Think about the health benefits of not consuming those sugary drinks and chips, cheese and gravy at 3am; being able to do something the next day rather than feeling sorry for your hung-over self. How nice would it be to save that $100 on a night you probably won’t remember anyway while taking an inch or two off that beer belly?

But could this step to sobriety take off in Australia, a country that celebrates it’s drinking culture so openly?

Sam Biondo, Executive Officer for the Victorian Alcohol and Drug Association, says through positive support this could become a trend.

“I think the move to establish venues which are free from alcohol and substances that people may have issues with is generally a good idea and it should be supported.”

A viable question is how would the business financially support itself?

“An alcohol-free bar; I think it could take off”, says Biondo. “A lot of it is population based around a market experiment but it’s worthy of supporting and maybe governments should provide incentive for this to occur. In fact there should be positive reinforcement of this through reduced licensing fees for operating.”

History tends to sway away from this trend having real success in Australia, but at least The Other Side allows the option for a substance-free night out that isn’t just a glamourised coffee shop. There are only so many times sober people can watch a movie, or visit a bowling alley. But only time will tell whether this could be a trend that kicks off down under.

Bridget Rollason is a Bachelor of Journalism student and a member of the upstart editorial team. You can follow her on twitter @didgeriedoo.