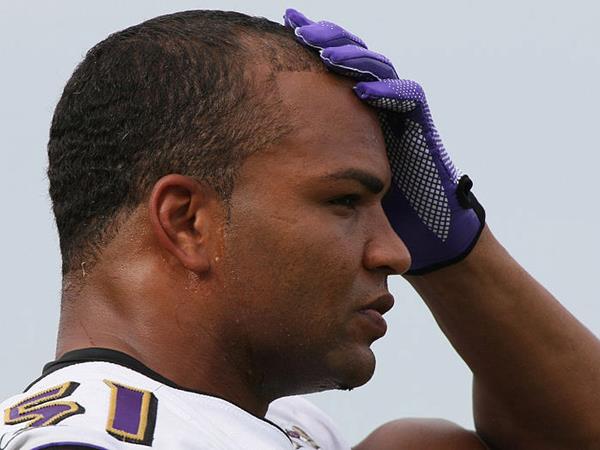 Today would have been Jackie Robinson’s 94th birthday.

For those not familiar with Major League Baseball in the 1940s – really, what else were you doing? – Robinson was a second baseman for the Brooklyn Dodgers, who hit righty during his Hall-of-Fame career.

Oh, and yeah, he was the first player to break the colour-barrier in Major League Baseball, which is the politically correct way to say that Robinson was the first black player to step to the plate – literally. Robinson was not only instrumental in bringing an end to segregation that saw African-American ball-players resigned to Negro leagues for more than half a century, but his presence in the most mainstream of American mediums helped drive the sort of societal change that would ultimately sweep the United States in the 1960s.

Robinson was no Malcolm or Martin, but make no mistake, few figures were more important to the cause than he.

Sadly, 65 years after the iconic number 42 blazed a trail that helped rid his society of prejudice – at least overtly; another cause still remains on the sideline, waiting for their Jackie Robinson.

That cause? The representation of gay athletes in the major sporting codes across the globe.

As much of the sporting world descends upon New Orleans for Super Bowl 47 this week, the issue of homosexuality in the professional sports again reared its head.

First, it was Baltimore Ravens’ linebacker Brendon Ayanbadejo brought the issue to the fore – in fact, just hours after he and his Raven brothers punched their Super Bowl ticket, Ayanbadejo was on the case.

‘Is there anything I can do for marriage equality or anti-bullying over the next couple of weeks to harness this Super Bowl media?’ Ayanbadejo wrote, according to the New York Times.

Rather than using his increased platform during the then fortnight lead up to Super Bowl 47, Ayanbadejo was seeking to continue the fight that he had been battling for much of the year. Earlier this season, the former UCLA Bruin found himself in potentially hot water, after his public support for marriage equality resulted in a letter being sent to the Baltimore Ravens owner Steve Bisciotti, from Maryland state delegate Emmett C. Burns, urging the owner to ‘inhibit such expressions from (his) employee.’

The aforementioned letter was good for one thing – as it generated a tremendous response from Minnesota Vikings punter Chris Kluwe – in which the punter managed to work the phrase “lustful cockmonster” into a sentence without sounding overly obtuse.

However, for all of Ayanbedejo – and Kluwe’s – efforts to raise awareness for such an important civil cause, comments from a fellow Super Bowl participant this week, are indicative of the larger problem that exists within the sporting community.

San Francisco 49er Chris Culliver caused controversy on Tuesday when he had dished out a series of derogatory comments in regards to the presence and representation of gay players, during the Super Bowl media work circus.

‘I don’t do the gay guys man,” Culliver said. “I don’t do that. We don’t got no gay people on the team, they gotta get up out of here if they do. Can’t be with that sweet stuff.’

Ignoring the initial irony that a public figure would speak out against equality in San Francisco – one of the United States most flamboyant cities, Culliver’s comments speak to the problem that is at the core of the National Football League, and any sport where masculinity is revered.

Like it or not, the sacred confines of a locker-room are still – in many way – old fashioned. It’s a place where culture is passed down from grizzly-veteran to bright-eyed rookie on a regular basis, ensuring a traditional approach is taken in many ways.

In other words, change won’t come easy from that bunch. The fact that there is yet to be an openly gay player across the major sporting leagues, makes it hard to see the pre-existing barriers being broken down. In reality, what the cause in question needs is a champion; someone who can be identified as a flashpoint that brought about generational and societal change.

African-American baseballers had Jackie Robinson, but unfortunately, the crusade of gay players is one that is not as visible. That isn’t to say it is a hidden struggle, rather an ignorantly ignored one.

Perhaps players like Brendon Ayanbadejo will be looked back on as a pioneer by generations to come.

Liam Quinn is a third-year Bachelor of Journalism student at La Trobe University.  You can follow him on Twitter: @liamquinn23