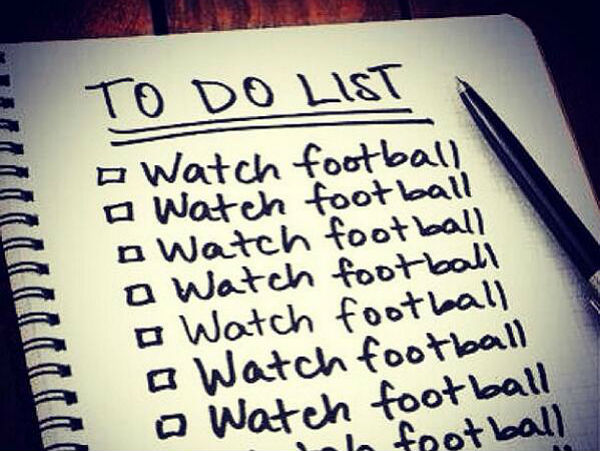 I say soccer, because although there’s a fair chance you will be reading this north of Albury-Wodonga or west of Warracknabeal, living in Melbourne dictates the designation “football” belongs to another code.

But, even with such stubborn assertions of many over the name of a sport put aside, it’s impossible to ignore the manner in which the round-ball code has become something of a media darling in recent times.

After countless years and decades spent serving as something of Australia’s sporting pariah – a role now played by the NBL – countless media outlets are tripping over themselves into offside positions to heap praise on the awakening of that oft-described “sleeping giant”.

The latest such piece was penned by Anthony Sharwood for news.com.au on Monday.

The piece, a detailed first-hand account of Saturday’s Sydney derby, is a beautiful, flowing testament to the incredible atmosphere on show inside the confines of Sydney Football Stadium.

If only I could obtain such descriptive, delightful prose.

The piece closes by comparing the A-League with the other, time-tested monolithic codes in Australia, before suggesting that the former is outdoing the lot of them. Crowd participation and involvement was pointed to as the shining light for the league; while the on-field action was “better than led to believe”.

While the assertion that the atmosphere created by Western Sydney’s “Red and Black Bloc” rivals – and really, exceeds – anything of that in Australia, the pass-mark given to on-field action highlights the changing attitude towards the sport.

Growing up with Manchester United and Queens Park Rangers jerseys messily stuffed into a bedside tall-boy, soccer was widely panned in mainstream media as boring or dull.

The familiar, “how can it be entertaining if they only score one goal?” was bellowed from all leading corners of our sporting scape, while being periodically punctuated by those decreeing the offside rule.

Soccer, seemingly, was something other people played; it wasn’t deserving of a seat at Australia’s sporting table. It was fine for kids to scuff their sneakers playing it on schoolyard blacktops or dusty second ovals, but when the sports bulletin or the weekend rolled around, it was relegated to a seat in the bleachers by “footy”.

“If you compare the amount of coverage – in print, on television, on radio – this season with the past few years; see how it adds up,” Wyatt says.

“I can tell you from personal experience that 1116 SEN is doing far more A-League, including live coverage of games, than it did last year. SBS, with its coverage on SBS2, has also upped the ante.”

Wyatt is quick to herald the A-League as the pivotal facet in the sports expansion into new territory.

“Most of the interest in football is being driven by the A-League – and of course, the English Premier League,” Wyatt says.

“Alessandro Del Piero and the story of the Western Sydney Wanderers brought a new awareness of the A-League to people who hadn’t noticed it before.”

It’s an increased cognisance that flows onto the national team.

The sacking of Holger Osieck, and subsequent search for a replacement, dominated paper rounds and radio talkback hours. In a not too distant past, naming the active Socceroos coach would’ve been impossible for many, yet after Osieck’s dismissal most could point to at least two of three capable candidates this time around.

Even the manufactured hustle and bustle of AFL Trade Period couldn’t boot it from the back pages.

Osieck’s successor, Ange Postecoglou has been garnering more headlines than Nathan Buckley or Craig Bellamy. Judging from the media love-in surrounding him, Ange could run for Prime Minister and win office, all the while maintaining the attacking, beautiful style he preaches.

“The Socceroos job is always relatively big news, especially with the World Cup just around the corner,” Wyatt explains.

“That said, with an increased interest in the A-League, the Postecoglou story had more ‘juice’ than it would have two or three years ago.”

We’ve collectively been told a soccer revolution was coming in Australia more times than a Carlton membership campaign, but such statements have largely been prophecised by those from within the sport.

Even during the Socceroos’ famed 2006 qualification run, sealed with the famous penalty, good ol’ fashioned Aussie jingoism was driving the national bandwagon, rather than a love of the sport.

Now, for the first time, outside of those cut-throat qualification battles and now-expected World Cup appearances, the chorus is one rising up from outlets usually averse to promoting the sport like well-rehearsed Wanderers’ chants.

“Mainstream media can help push the sport to the ‘next level’ and ensure that football is discussed in the same breath as the AFL, NRL and cricket,” Wyatt says.

“In the United States there was a sense of satisfaction when ESPN started showing MLS highlights and the New York Times started writing about MLS. In Australia, I’m not sure that a two-minute piece on Nine News is going to convert more fans, but it adds to the overall awareness of football as part of the A-League landscape.”

Soccer can’t yet logically be considered a rightful heir to Australian sporting dominance, but unlike in previous eras, the right people are starting to make noise.

The ones who previously attempted to reduce the sport to a whisper are now screaming at the top of their lungs.

It should be music to the ears of soccer fans across the country.