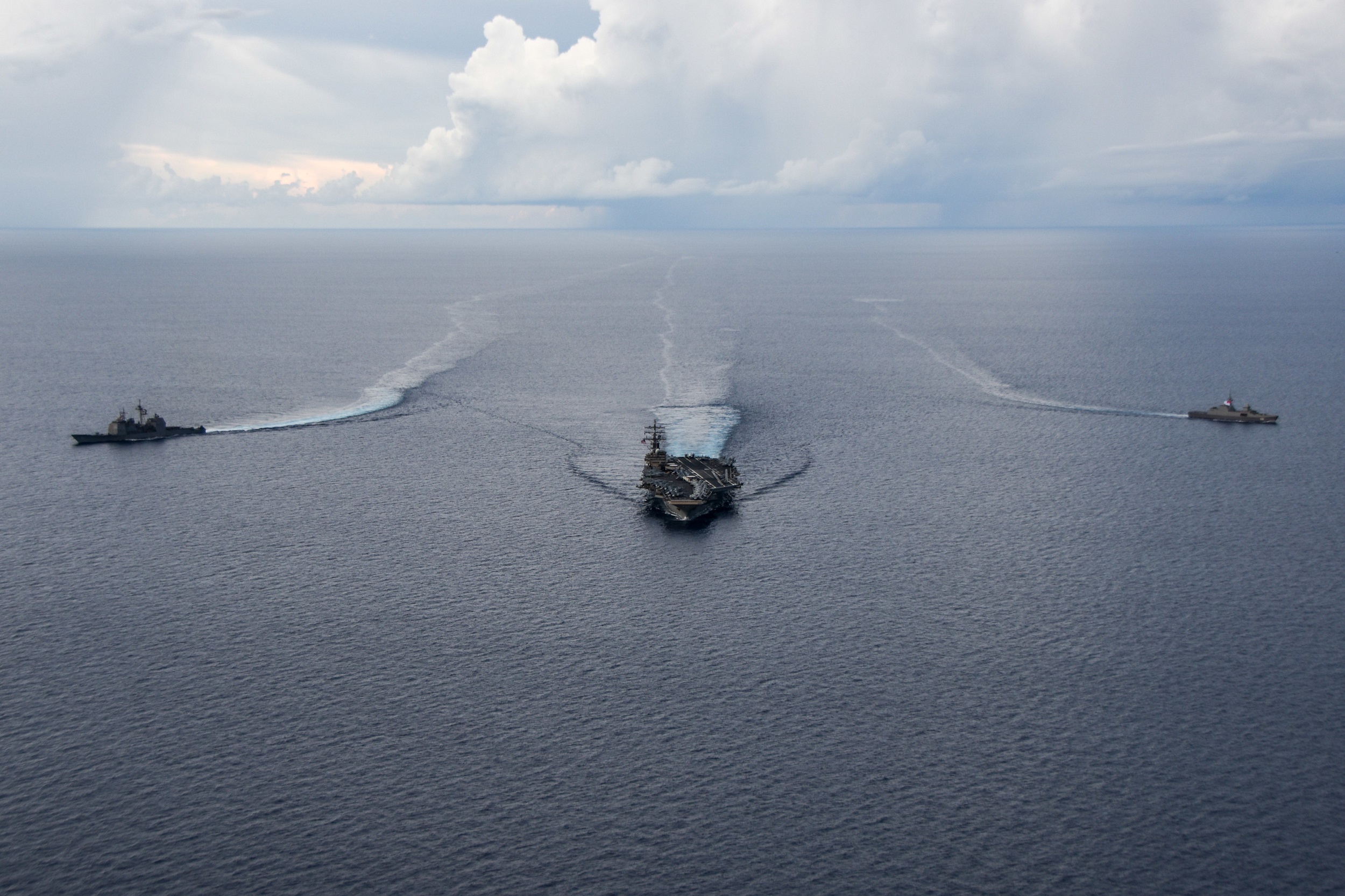 China’s Washington Embassy has reacted to the announcement of the new security alliance between Australia, the US and the UK. Asked to comment on the announcement, a Chinese spokesperson has undercut the agreement, calling it “prejudice”.

The alliance has been promoted as a way to secure stability in the Indo-Pacific region, but appears to be aimed at bringing countries together in a show of strength against China.

“They should shake off their Cold-War mentality and ideological prejudice,” Chinese embassy spokesperson Liu Pengyu said.

Pengyu believes countries “should not build exclusionary blocs targeting or harming the interests of third parties.”

These comments follow the joint announcement from the respective leaders of Australia, the US and the UK, unveiling a new alliance that will see the three countries sharing secret nuclear technology, and helping Australia to switch to nuclear-powered boats.

The federal government had initially reached an agreement with French company Naval Group in 2016 for the colossal overhaul to enhance defence’s ability to protect Australian waters and interests.

However, the joint virtual announcement made by Prime Minister Scott Morrison, UK Prime Minister Boris Johnson and US President Joe Biden, indicated an 18-month investigation into building nuclear powered submarines in Adelaide this morning, rendering the future of the Australian agreement with Naval Group uncertain.

“The world is a jungle,” former French ambassador to Washington, Gérard Araud tweeted. “France has just been reminded this bitter truth by the way the US and the UK have stabbed her in the back in Australia. C’est la vie.”

The defence pact, being referred to as the AUKUS alliance, is a response to the increasingly “complex” Indo-Pacific.

The announcement came after federal cabinet ministers were summoned to a secret meeting on Wednesday night in Canberra.

“Australia is not seeking to acquire nuclear weapons or establish a civil nuclear capability,” Morrison said.

Both Johnson and Biden reiterated that message in the announcement this morning.

“We’re opening a new chapter in our friendship…The submarines in question will be powered by nuclear reactors – not armed with nuclear weapons.” Johnson said, “our work will be fully in line with our non-proliferation obligations”.

All three leaders acclaimed the strength of the AUKUS agreement.

Johnson referred to Australia as a “kindred nation”.

“The UK, Australia and the US will be joined even more closely together, reflecting the measure of trust between us, the depths of our friendship and the enduring strength of our shared values of freedom and democracy,” Johnson said.

Biden highlighted the continued alliance of the three nations for the last century.

“It’s about connecting America’s existing allies and partners in new ways and… recognising there is no reasonable divide separating the interests of our Atlantic and Pacific partners,” he said.

Morrison called the agreement the next generation partnership, built on a strong foundation of trust.

“We have always seen the world through a similar lens,” he said, further labelling Johnson and Biden as “great friends of freedom.”

Morrison is due to travel to Washington, DC, next week to meet with Biden, Indian Prime Minister Narendra Modi and Japanese Prime Minister Yoshihide Suga to discuss the Quad partnership.

Photo: by U.S. Indo-Pacific Command available here. The image has not been modified.