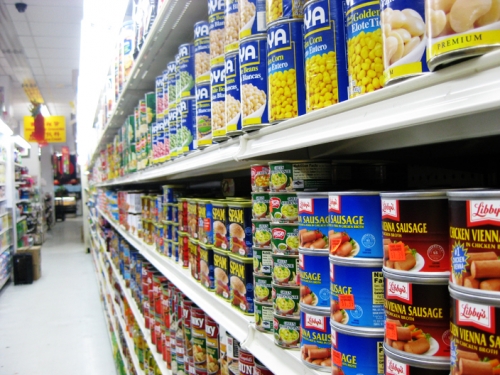 We are all used to being faced with aisles and aisles of dinner possibilities when we go to the supermarket, but are these benefits of modern day life actually such a benefit?

If you find yourself spending hours deliberating over something as trivial as a new jumper or what tin of tuna to go for, then beware. Scientists say that makes you a ‘maximiser’ – and it could lead to a lifetime of misery.

A recent study divides people into two types of decision-makers; Maximisers, who always aim to make the best possible choice, and Satisficers, who tend to be satisfied with the feeling of ‘good enough.’

US psychologist Barry Schwartz argues that people in the western world face too many choices, which lead to bad decision-making or a paralysis of making no choice at all. Even worse, it can cause depression.

‘There is good reason to believe that overwhelming choice at least contributes to the epidemic of unhappiness spreading through modern society,’ says Schwartz.

‘It’s impossible to check out every option, but maximisers strive towards that goal, and so making a decision becomes increasingly daunting as the number of choices rises.’

‘Worse, after making a selection, they are nagged by the alternatives they have not had time to investigate. In the end, they are more likely to make better objective choices than satisficers but get less satisfaction from them,’ he says

The study showed that people with high maximisation scores experience less satisfaction in their life, and are less happy, less optimistic and tend to be more depressed than their counterparts – the satisficers. In the research of the study it became evident that those with extreme maximisation ratings had depression scores that placed them in the borderline clinical range.

Choice is mostly viewed as a top-shelf ideal, and it gives us great pleasure to feel the individualism, self-expression and freedom that come with immense options in life.

So, is it really so bad to take advantage of the perks in modern life? Consumer advocate Nick Stace argues that choice, as such, is not a problem. The problem only appears when the various choices are too difficult to compare, like when comparing phone company subscriptions.

‘While some might complain we have too many choices, we’d all complain an awful lot more if we had fewer. If anything, people want more choice. That’s why a lot of people are choosing to shop online and offshore.’

I feel that one of the problems with living a modern lifestyle is that we want absolutely everything. Furthermore, we want the best edition possible. As we strive to seize the perfect life with the perfect spouse, house, job and beautiful and well-mannered kids, we are faced with the trouble of finding our perfect category.

Am I Catholic, Buddhist or Atheist? Am I suburb or city? Conventional or organic? Greenseas or home brand?

Common for these choices – they each require both time and effort to choose. Once the number of choices is drastically expanded, the costs can become overwhelming. Even worse, how do we know when we really have uncovered and selected the best option?

Similar studies have had impacts beyond the lab and the news – A decade ago, when Procter & Gamble reduced their number of Head & Shoulders shampoos from 26 to 15, sales jumped 10 per cent. Also, a 2006 study by the Bain consultancy firm claimed that, by reducing complexity and narrowing choice, companies can boost revenues up to 40 per cent and cut costs up to 35 per cent.

Businesses are clearly catching up to the ideology of simple life, should we be doing the same thing?

If we were to follow the words of psychologist Barry Schwartz, a keyword is simplification. Instead of aiming for the perfect outcome aim for ‘satisfactory’ – after all, an expectation of perfection can end up with nothing but disappointment.

By relying on advice from friends and family when you are looking to buy a new phone or camera can save you on both worries and time. Furthermore, you might benefit from categorizing your shopping at the supermarket by going after the same brands and products. Finally, narrowing your shopping to two stores and maybe three websites can help you simplify life.

So, next time you hit the stores; put on blinkers and look down. You might just end up happier.

Anne Nielsen is third-year Bachelor of Media Studies student at La Trobe University. She is currently on exchange from Aarhus University, Denmark, and is upstart’s deputy-editor. You can follow her on Twitter @AnneRyvang.