More than half a million students began their studies in Australia this year. What attracted them? 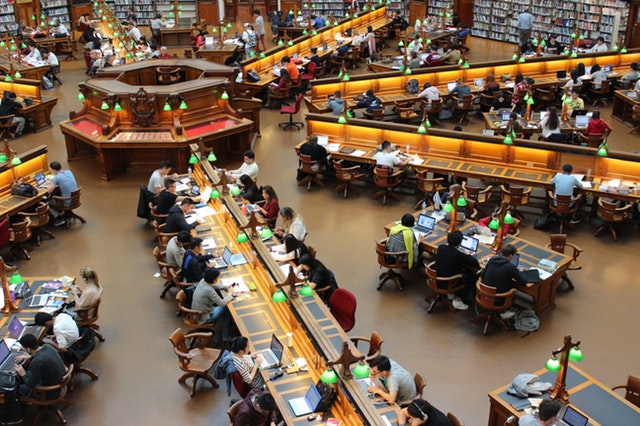 If you had the choice to study anywhere in the world, where would you go?

This year, for 534,000 students—equivalent to the population of Tasmania— the answer was Australia.

This is how many students began their studies in Australian universities in March 2018, according to the Australian Government.

This number has risen by almost 50 percent in 10 years, signalling a huge demand, particularly from students from the South Asian States, who make up over 57 percent of international students enrolling this semester.

So, what makes people choose the land down under when deciding where to further their studies?

According to Gary McGuire, marketing manager for La Trobe Melbourne, an educational facility with a large proportion of international students, the reputation of Australian universities is a good reason.

“Australian education is regarded as high quality,” he told upstart.

For some students like Yann Lancrenon, studying commerce at Melbourne University, it both was the proximity to his motherland, New Caledonia, and the reputation that attracted him.

“Everyone was saying good things, saying how good Australia was, so I just decided to come here because it’s really easy for me to go back to New Caledonia to see my family and friend,” he told upstart.

Proximity and reputation are not the only two factors that are a priority for a lot of other migrant scholars.

According to the Australian Trade and Investment Commission, enrolments from Latino-American students have almost doubled in five years.

One wonders, when university is free in most European countries, and America and its Ivy League are so close to South America, why would people choose to go as far as Australia and pay the extremely high university fees?

For Mack Rafael, a Peruvian student at La Trobe University, it was about discovering the unknown.

“I’ve been in America before, it was a nice experience but for a short time, for holidays and that’s it,” he told upstart.

“I just needed to discover something new and Australia was really, really new.”

“The living environment is so much better in Australia especially the air quality,” she told upstart.

“The degree of multi-culture [sic] also impressed me a lot. I met many people from different countries and I’ve learnt a lot from them.”

The safety of the country helped Tse with her choice to pick Australia over the United Kingdom.

“I think the situation in Europe is quite complicated,” she said.

“There were some attacks.

“Australia is safe. No terrorism as [far as] I knew. So my parents feel more comfortable for me to live alone [in Australia].”

However, some politicians – like Pauline Hanson – are trying to slow down this wave of student immigration, even though others argue the increase of international scholars is great for the economy of the country.

Not only do international students pay four times more university fees than Australian nationals, but they also travel a lot, pay rent and bills, invite their friends and family from abroad to spend some time here.

In other words, they spend an incredible amount of money every year.

According to the Australian Bureau of Statistics, the economic profit of this influx of students was of 28 billion dollars in 2016-17, placing education as Australia’s third biggest export.

Saharsh Parekh, an Indian student in business analytics at La Trobe, was stunned when he heard about Senator Hanson’s suggestion to prevent overseas students from getting a job.

“If the country did not allow the internationals to work part-time to earn their living while they study here, I personally would not have considered coming to Australia,” he told upstart.

But these reforms are not yet being considered, and Australia is still attracting an impressive amount of students from abroad.

McGuire thinks this increasing number is a good thing for the country.

“[It] culturally benefits all of us, by exposure to different ways of thinking, language, culture and religion,” he said.

“[It] creates a more diverse Australia and one better prepared for the challenges of the growing global economy.”

Clodie Veyrac is a first year Media and Communications (journalism major) student. You can follow her on Twitter @clodieveyrac.

Photo from Pixabay under CC0  licence.